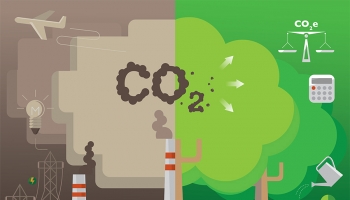 Fund managers with over $9 trillion of assets have committed to the goal of net zero greenhouse gas emissions by 2050 or sooner.

The launch of the Net Zero Asset Managers initiative comes ahead of the five-year anniversary of the Paris Agreement, which aims to reduce greenhouse gases and limit global warming to 1.5°C above pre-industrial levels.

President Donald Trump pulled the US out of the Paris Agreement, but President-elect Joe Biden has pledged to rejoin when he moves into the White House next month.

The managers have pledged to prioritize reducing the emissions footprints of their investment portfolios, and will also work with asset owner clients on decarbonization goals.

Signatories have also promised to set an interim target for 2030 for assets to be managed in line with the net zero goal, considering scope 1 and 2 emissions and material portfolio scope 3 emissions where possible. This target will be reviewed every five years until 100% of assets reach net zero.

They have also pledge to implement a stewardship and engagement strategy, with a clear escalation and voting policy consistent with the net zero ambition.

Gilbert Van Hassel, chief executive of Robeco, which has also signed the initiative, said: “It is clear from scientific reports about climate change and carbon emissions that society has to act now. We cannot solve big problems such as climate change and the rapid decline of biodiversity on our own.

“But what we can do is set a clear example for the broader industry, work together and encourage other financial institutions such as asset managers to follow suit. We have set this ambition with the conviction that investing is not only about creating wealth but also about contributing to well-being.”

While American investors are showing increasing interest in socially responsible investing, political and regulatory roadblocks continue hold back its growth.

The Trump administration dismantled environmental policies and rolled back pollution rules, including exiting the Paris Agreement – the first country to have done so – on November 4, 2020.

The US Labor Department last month introduced a rule making it more difficult for pension fund managers to include socially responsible funds in portfolios and retirement plans.

However, this looks set to change with the election of Joe Biden, who has proposed the most ambitious program to tackle the climate crisis of any president.