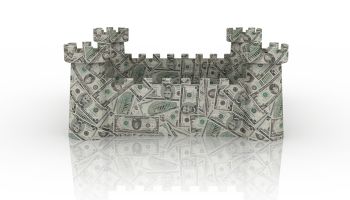 While a handful of banks have built term funding in recent quarters to prepare for higher short-term rates, most institutions are shrinking the higher-cost sources of funds.

The prospect of rising rates, even as the pace of increases has come into question, has prompted many institutions to consider what will happen to deposit costs when rates rise. Some bankers believe it could make sense to build term funding now through CDs or FHLB advances to lock in funding costs while they remain low.

Pros and cons for CD bricks

Travis Goodman, managing director at ALM First Financial Advisors, noted at the ALM First Financial Institute in early February that CDs can be used to manage interest rate risk, but said banks usually have to pay up more for the deposit product than locking in funding costs through derivatives. He noted that CDs have the benefit of early withdrawal penalties that can discourage customers from moving funds to seek a higher rate. 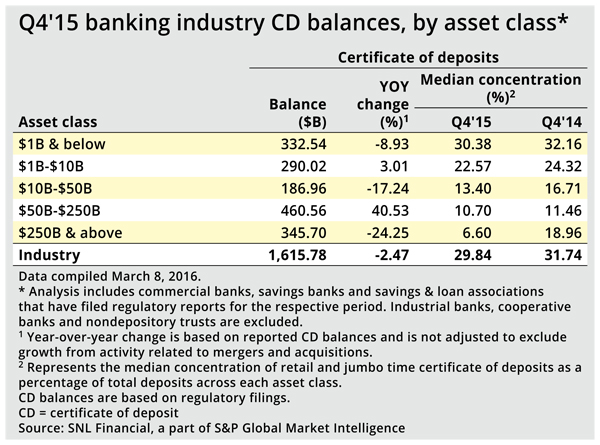 Most CDs only carry early withdrawal penalties equivalent to six months of interest, Goodman said. He said the cost of most early withdrawals is not harsh enough to discourage customers from pulling their funds before the product matures.

At current rates in the market, six months of interest does not seem that punitive. The average yield on a 1-year CD stood at 39 basis points as of March 4, according to data from SNL Financial. Six months of interest on a $10,000 CD carrying that yield would equate to less than $20. Many CDs, however, carry minimum withdrawal penalties of $25 or more.

Goodman said FHLB advances are another option for institutions to build term funding and can serve as a very stable source of funding. He said FHLB advances have benefits over CDs since they do not allow for an early withdrawal. However, he noted that advances can increase leverage at an institution when they might not need it.

Some advisers have noted that banks with growth opportunities can use FHLB funding as an effective interest rate risk tool. A bank with strong organic growth opportunities could possibly utilize FHLB advances to be more competitive in their lending markets. A bank could try to originate more floating-rate commercial loans by undercutting the competition and fund those credits with relatively cheap fixed-rate FHLB funding.

Other banks have recently launched new CD products. For instance, earlier this week, EverBank Financial Corp launched a new CD product that would allow customers to participate in upside in the commodities markets.

The FDIC-insured product is a five-year commodity solutions CD called MarketSafe. The indexed and U.S. dollar-denominated CD offers 100% principal protection and the ability to earn up to a 70% upside payment at maturity if commodities—WTI crude oil, gold, silver, soybeans, corn, sugar, copper, and nickel—increase in value across annual pricing dates. The product has a minimum deposit of $1,500 and no monthly account fee. 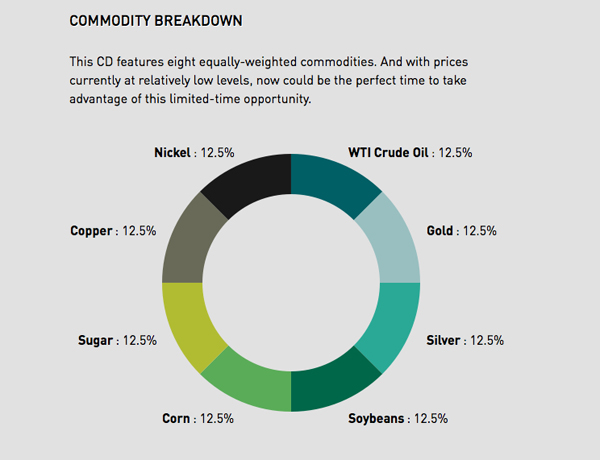 While EverBank and some other institutions are looking to build term funding, including through non-traditional approaches, CDs decreased as a portion of banks' deposit bases through year-end 2015, falling to 13.4% of total industry deposits from 14.2% at year-end 2014. The median concentration across the industry also declined to 29.8% in the fourth quarter from 31.7% in the year-ago period. Those balances exclude several hundred institutions that hold bank charters but do not principally engage in banking activities, among them industrial banks, nondepository trusts and cooperative banks.

CD balances fell even with the Federal Reserve finally raising short-term rates late in 2015. That move did not come until mid-December, but LIBOR began increasing in November ahead of the Fed rate hike.

Short-term rates still have not moved that much since the Fed move and many observers are beginning to doubt how much the central bank will increase short-term rates in 2016 amid the prospect of falling commodity prices and a global slowdown.

[Editor’s note: On March 16, subsequent to first publication of this article on SNL’s website, the Federal Reserve’s Open Market Committee voted to maintain its target range for the federal funds rate.]

Where rates are on CDs

SNL data shows that CD rates have not increased much at all since the Fed rate hike. Some lenders acknowledge that CDs rates will eventually increase, assuming that short-term rates move higher. They have even tested the market to try to measure how sensitive CDs will be to changes in market rates.

Matt Davidson, CFO at Wright-Patt Credit Union Inc. in Beavercreek, Ohio, said at the ALM First Financial Institute that his institution changed the rates on CD products after the Fed raised interest rates in December. Davidson said the credit union became one of the highest payers in its market, but ultimately didn't see any change in customer behavior.

"People are insensitive to rate changes. It's going to have to change a lot to change behavior," Davidson said at the event. "A 50 basis point change in short-term rates, I don't think will do it. If we're talking 2%, yeah that will do it." 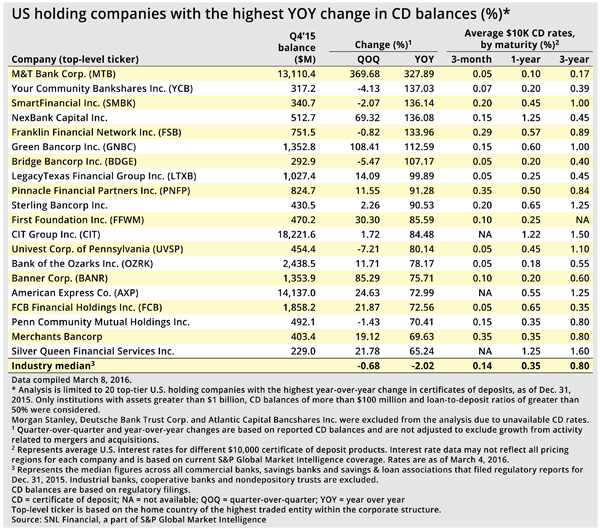