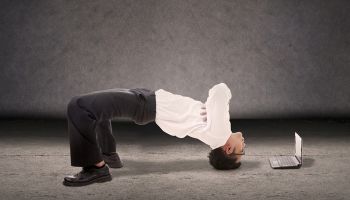 “Expect the unexpected” is often overused. However, when viewed within the context of the rate forecast for 2016 it seems to fit like the proverbial glove.

On Dec. 16, 2015, the banking industry experienced a new move “heard ‘round the world” as the Federal Reserve’s Federal Open Market Committee made its first increase in rates in almost a decade! We stood on the precipice of a new rate cycle and many bankers looked ahead to 2016 with great anticipation.

Fast forward a mere three months and bankers are now feeling like the victims of a bait-and-switch scheme.

The Fed increase has been met with a significant drop at the long end of the curve (with the 10-year down nearly 50 basis points)—spread is being removed from a spread business.

Not exactly what we all had in mind in mid-December.

There are no easy fixes or true historical perspectives to which bankers can turn that will drive success. Bankers need to look to the old Boy Scout motto to successfully navigate the sea of uncertainty that 2016 poses to banks throughout the country: “Be Prepared!”

Banks can focus on three key areas to be most prepared for the likely rate volatility ahead:

Now is not the time to sit on the sideline and wait for your competition or the examiners to dictate how you will run your bank.

A well-prepared bank will have the luxury of being able to be proactive in its market and force others to react to its moves.

Back in December, banks were positioning their balance sheets in preparation for several Fed rate hikes in 2016, all but ignoring what would happen if rates should fall.

Today we see many, if not most, banks facing their greatest exposure to a sustained flat/falling rate environment, yet the focus at ALCO meetings has remained on rising rate readiness. Now bankers must ask themselves, “What scenario causes us the greatest concern?”

When working with our clients to help them manage their risk profiles, this is often the question that leads off each meeting.  Understand this:

Balance sheet management is not about “betting” where rates will go. Instead, it is about identifying exposure to an array or possible outcomes and determining if any of those outcomes require ALCO’s focus.

While most banks are now including rate ramps (movements of rates over time) as part of their risk management process versus only instantaneous rate shocks, many are still not considering changes to the shape of the yield curve when modeling interest rate risk.

While few, if any, predicted that outcome, banks should still model the impact of a flattening yield curve.

This coming year is also forcing bankers to consider a variety of alternative scenarios including delayed ramps and even a, potentially, negative rate environment.

Do not run scenarios just for the sake of running them! Choose reasonable scenarios that provide the decision makers with useful information and include their results as part of the ALCO reporting.

You cannot rely on the old standard metrics for measuring earnings at risk. This uncertain environment is forcing bankers to look at things differently, and falling into old habits could result in a potential mismanagement of the balance sheet.

The uncertainty of the rate environment for 2016 is further clouded by trying to anticipate the behaviors of the non-maturity deposit base, which for many has been building to levels never seen before.

The stability of these customers will dictate ALCO’s ability to effectively manage the asset base, adding precious spread to balance sheets starving for earnings and exposed to a continued low rate environment.

But how do bankers gain a better understanding of these customers and their expected behaviors, especially when we have no historical perspective upon which to rely?

Deposit studies do provide some perspective and support for model assumptions, yet it is shortsighted (and ultimately dangerous) to rely solely on these historical studies to provide guidance on how these customers will behave as we move through 2016 and beyond.

You have undoubtedly heard the term “big data” and seen how getting into the details of your customers’ relationships can provide a clearer picture of their “stickiness” or “coreness.” Many banks have seen an increase in what are known as “surge” balances and many of those balances are expected to migrate away from non-maturity accounts as rates begin to rise.

However, some of those accounts will remain and the big question facing ALCO is, ”Which ones will stay and which will go?”

Digging into the data provides valuable insight into customer stability. Here’s a place to begin: Strong banking relationships (i.e. those with direct deposit, bill pay, loans at the bank, etc.) are more core than those with no other relationships.

Being able to segment accounts by relationship, age, location, etc. allows your retail and marketing departments to identify potential cross-selling opportunities and provides specific support for your interest rate risk and liquidity modeling of potential migration of depositors as rates begin to rise.

Supporting the stability of the deposit base is the first key step toward providing ALCO with opportunities to discuss strategies for navigating this uncertain landscape.

Challenge your ALCO with strategies

Nothing should be off the table for discussion as we look ahead to the remainder of 2016.

•Loans at rates we previously dismissed—maybe we now reconsider.

• If we’ve been building up liquidity in anticipation of rates rising—maybe it’s time to put that excess liquidity to work.

• A stable deposit base opens up discussions on alternative funding sources and extending loans.

Today’s ALCO meetings have grown more important than ever before.

If my bulleted examples are not the types of discussions your ALCO has been having, it is time to make some changes. Do you think your competition is challenging itself in a similar fashion?

Trust me, you do not want to be left playing catch-up!

The focus should be on loans. Understand prepayment and refinancing activity in your existing portfolios and what your market is demanding. Can your balance sheet support longer-term loans? You may find you have the ability to hold more than you thought, and you can put some of that excess liquidity and core deposit base to work to support growth in the loan portfolio and improve your margins within acceptable risk parameters.

The key is to utilize the tools at your disposal:

• Run these potential strategies through your rate risk and liquidity models to identify the impact and show your ALCO, board, and examiners that you can support these transactions and that the effect on earnings will help get you through a very unpredictable year.

• Know how to price fixed-rate loans so that you are not continuing to walk away from deals that would fit well within your balance sheet structure.

• Look at wholesale funding alternatives and educate your stakeholders on derivatives, so that you have the flexibility to act if and when the time is right.

The “tease” of the Fed increase coupled with the specter of another year of historically low rates has bankers flustered. The increased regulatory pressures add to stress levels, especially given that any slipups now involve MRAs, not just warnings.

Don’t freeze under the pressure. Instead, take action!

Be proactive when managing your balance sheet. Take some of the ideas discussed above and force others in your market to react to you.

Effective balance sheet management is implementing the right strategies at the right time to manage your risk and optimize your earnings. That philosophy doesn’t change with the uncertainty facing us in 2016—so take that same approach to each ALCO meeting and don’t be afraid to look at your bank a bit differently than you have in the past.

By running your strategies through your models and coming to these meetings prepared, you can be confident that 2016 will be a success.