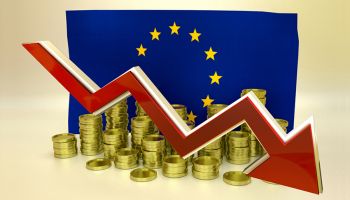 Almost every politician on either side of the aisle will state that one of the keys to a good economy is a healthy banking system. However, many analysts state that a zero interest or negative interest rate environment can do damage to the banking industry and thus to the economy. One analyst calls low interest rates the “opioid” of the American economy. It has short-term gains but can cause damage in the long run.

The United States does not have to look any further than Europe to consider the possibility that lowering interest rates does not necessarily lead to growth. ABN Amro is the latest European large bank to go to almost zero on interest rates for savings accounts. Starting November 1, their customers will earn a .01% interest on their money. Rabobank is the highest interest giving bank of the three large institutions in the Netherlands at .03%, whereas Tridos is already at zero.

At the Forbes Global CEO conference in Singapore earlier in October, a professor at the Yew School of Public Policy stated, “I’m a firm believer that zero interest rates, or negative interest rates is actually doing tremendous damage to the economy over the long term. To begin with, zero interest rates poison the business corporate environment.”

Central banks around the world are going down the path of negative interest rates. ABN Amro blamed the fact they are paying more to the central bank to keep their access funding overnight for the result of giving practically zero interest to their customers’ savings accounts. Low interest rates eat into lenders’ margins and thus impacts the health of the banking industry.

A negative interest rate environment may keep consumers spending in the short run, but the long terms effects on the institutions that politicians know are essential but often blame when there is a financial crisis can be damaged in the process. The European economy and European banks in particular can be a case study for America to look to in order to see the effects.