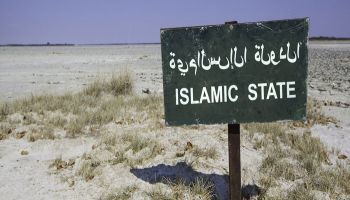 Thirty-four years ago, John Lennon was gunned down by a mentally deranged person for absolutely no reason. Two years ago, 26 school children and two teachers were killed in Newtown, Conn., by yet another insane individual with access to guns. If we expected elected leaders to do anything, our confidence was obviously displaced.

Why am I referencing this complete lack of leadership and courage?

I was honored recently to moderate a program on how to be proactive in dealing with the subhumans that are ISIS and their supporters. A panel with three experts from law enforcement, government policy, and private sector analytics discussed what actions could be indicia of terrorist activity; how ISIS acquires funds and recruits; and what policy changes banks could implement to report and detect transactions that can hinder these vicious members of society.

The question, though, is: “Will it help?”

No, it will not help—not if we don’t learn from our mistakes, and make regulatory and policy adjustments to the AML environment.

Not if we cannot get policymakers to focus on the end game—getting the bad guys.

Unlike the former Beatle who wrote “Imagine,” I am not a dreamer.

But I am committed to continue to shine a light on regulatory and policy hypocrisy. So, leaving aside that ongoing battle (or my tilting at windmills), yesterday’s program had many key “takeaways.”

The program, co-sponsored by ABA and ACAMS, covered the current terrorist landscape on which ISIS is only the most recent predator.

The key requirement for all terrorist groups is ability to raise, move, store, and spend money to sustain their organization and operations. So for the AML community, that fact will continue to move us to create processes, systems, and policies regardless of whether the regulatory agencies require such a response.

AML professionals do not need directives to track terrorists. They “get it.” They need the ability to share information with each other and with law enforcement.

Panelists such a Dennis Lormel, a true patriot by the way, pointed out that to track ISIS, financial institutions should look at activities such as periods of transaction dormancy when these individuals are in training camps or actually in combat.

They should also examine actual ATM cash withdrawals in areas of conflict, wire transfers to the same places, and charitable activity—particularly in Syria.

Lormel also told the audience that his research has also discovered an uptick in student loans as a possible indicator of terrorist activity.

This, by the way, should be the role of government leaders—telling the AML community what to look for.

One of the other panelists, Chip Poncy, another committed AML veteran, discussed the need for terrorist financing risk assessments by financial institutions. Poncy has long bemoaned gaps in certain compliance processes that are needed to address the scourge of terrorist financing and he may certainly have a point.

The problem, though, is that you cannot simply add more obligations to financial institutions. Not without tempering or modifying other compliance requirements. There are only so many resources.

Imagine a rational and comprehensive plan to improve counter-terrorism. (As Lennon wrote, “I wonder if you can…”

The last panelist, John O’Neill, gave the audience tips on how knowing IP logins can be a useful investigative measure, especially if originating in Syrian border areas such as Turkey, Jordan, or Lebanon or originating transactions in Yemen and Pakistan.

As the panel summed up the methods to deter ISIS, it became apparent that there are common elements with other well-known terrorist groups such as Hamas and Al Qaeda: corruption, greed, and now criminal actions—drug trafficking and kidnapping.

There is nothing unique about ISIS—except its complete rejection of humanity.

We in the AML community can have an impact here. But it can be more effective if we have leadership and focus—two attributes that appear to be sorely lacking.

The last takeaway of the program was the advice that dealing with terrorist financing requires vigilance and a sense of urgency. That, and that we all need to develop actionable financial intelligence in a timely manner.

* “Imagine” was released by John Lennon in 1971 on the album of the same name.

More in this category: « Can we please have a dialogue on BSA/AML? BSA/AML Ins and Outs for 2015 »
back to top