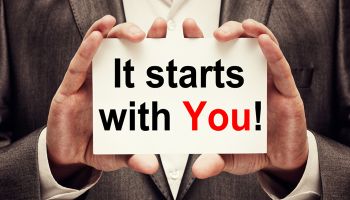 No shortage these days of consultants and other experts trying to influence our thinking on banking culture, and, for lenders, more specifically, about “credit culture.”

What does this really mean?

To me, culture is the pre-disposition of the members of an enterprise or group to act in a particular way to produce a predictable outcome.

Calling this disposition a “culture” implies that most everyone in that group sees issues in more or less the same way.

Certainly a strong culture will tend to produce stronger financial and qualitative results. But a strong culture is also a principal means of assuring such results by a selection and elimination process of people—that is, the individual members of the group involve in credit.

This process is invisible to the naked eye. But the long-term results tend to be more predictable and sustainable.

People who “don’t fit” in a strongly embedded culture often figure that out and leave (or adapt) on their own. People who do fit are rewarded and prosper within the dynamics of the enterprise.

My work experience spans years spent at seven different employers, including one non-banking company and eight employers. (That is, if I include my two years of active duty in the U.S. Army.) Those environments were all different, some better than others in the sense of results, but all having a very specific “feel” and context.

As diverse as the experts’ discussions and proffered advice and counsel about assessing and improving our various bank cultures is, they all agree that culture draws its tone and authority from the top. It’s a top-down process and not one that bubbles up from the bottom.

Yet in the cacophony of voices on the subject, I don’t hear much I particularly agree with. Culture has certain underpinnings that make it work and give it sustainability. Not only are these components top down, but they are of a quality and type that I don’t hear discussed very thoroughly. It starts with leadership.

This tops the list. We recognize that in our Five Cs of Credit when we assign Character the prime position in the credit underwriting hierarchy.

The same idea should apply within our own workplaces. A leader of the highest personal integrity possesses a moral authority that others may not.

I’ve got an old-fashioned sense of things. For example, if a man is not faithful to his wife and family, he’s not a leader that I want to associate with. To me, what’s most important are the demonstrated personal courage, strength of convictions, and ramrod straight behaviors in all personal dealings.

Yes, we’re all human. But all the more reason to admire those who set—and consistently achieve—high personal standards.

Just think about the business scandals of the last 15 years, starting with Enron. Certainly most of us recall the stories of the antics of many of those people and their contemporaries and how that sullied the reputation, by association, of the entire company. We don’t want people like that in our work places if we’re serious about achieving and maintaining a strong and ethical culture.

We need leadership animated and driven by principles. Principles have the power of example; rules do not.

Is your loan policy a principles-based document or a set of rules and restrictions?

Generally Accepted Accounting Principles (GAAP) are a convenient example of a cookbook approach to financial statement presentation and reporting. The complicated rules of GAAP invite parsing—and a quest for exceptions and loopholes.

By contrast, the European accounting model is more principles-based and less rules-based. From where I sit, that seems to have resulted in substantially fewer incidents of alleged accounting fraud and disagreements among the European Union businesses.

Consider the admonitions and exhortations of Scripture. Would we prefer to consistently model our behaviors on the Ten Commandments or the Beatitudes?  Which is more normative and inspirational of human behavior and conduct: “Thou shalt not steal” or “Blessed are the poor in spirit”?

We probably need both—but consider how one motivates and inspires and the other does not. We can run our business in an inspirational way if we choose, and I submit that we should. Our colleagues and we would have a more holistic set of norms and expectations that way than with the laborious (but occasionally necessary) rules-laced procedures manuals.

We need to be personally accountable for our actions. Actions have consequences. How did they become separated in recent times? What kind of environment do we really want to perpetuate? Do we fundamentally believe that the quality of such environments has any impact on our business success?

“Fairness” implies a judgment often influenced by subjective standards and experience. For example, life for me is unfair as I don’t look like George Clooney and there’s no Mercedes in my garage.

Trial lawyers can tell us of juries that attempt to insert their collective opinions on what is fair without sufficient regard for the specific provisions of the law. I’ve seen that firsthand in some of my expert witness work.

“Just,” on the other hand, implies an outcome that is honest, righteous, honorable, and virtuous. There’s a moral component to what is just that doesn’t always exist in an outcome that is “fair.”  A just outcome would include suitable rewards bestowed on, or sanctions visited on, individuals involved in such outcomes

Far from just a philosophical matter

This is an enormous topic. We have politicians and other opportunists pushing us down the wrong road for unworthy reasons. Much of the post-crisis atmosphere has driven a reaction that leans on rules-based thinking.

Let’s figure out how to do what is right in a just and appropriate way and reflect it in our leadership actions and values. Let’s embed it in our cultures.

We’ve gone pretty far astray as an economic society and in the case of many of the very largest banks in ways that have brought disrepute and shame on a once proud and ethical business.

We can change that. It begins at the top, but it depends on every banker who is part of the organization’s culture to make it work, and stick.

More in this category: « Have we slimmed credit training too much? Ask 5 questions before emailing re a loan »
back to top