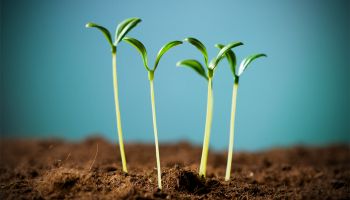 Advice comes in many forms and under many labels—counseling, mentoring, personal witness, and such. Where some of these conversations and interactions ultimately go can be simply amazing and sometimes enormously gratifying. And we’re having them all the time, especially as working business bankers.

Let me begin with a personal story, and then a story with roots that go back to the depths of the recent crisis, and one borrower’s journey through it.

Our words—anyone’s words—may have power and durability well beyond our expectations.

Many years ago my family and I were members of a large Catholic parish in Winter Park, Fla. One June day our family was sitting with another family, with whom we were friendly through church activities, in the Winter Park High football stadium. Our daughters were graduating and we were attending the ceremony.

The wife of the other couple (we’ll call her “Jean”) had just accepted the full-time position of director of the parish religious education program. In conversation Jean told me that she was really anxious about her ability to be successful following the long and outstanding run of her predecessor, a nun recently called to a new assignment by her order. Jean was a conscientious person and no doubt had significant concerns, as most any of us would under the circumstances.

Three years later we were living in Texas but had returned to Florida for my mother-in-law’s funeral. We drove over to Winter Park and spent a day with many old friends. We didn’t see Jean but had lunch with a good common friend. This friend told me that I probably had no idea of the tremendous positive impact of my statement to Jean that graduation day.

That’s right, I had no idea. Which is probably the best reason to speak with candor and with kindness in all situations where the subject matter may be a matter of considerable impact and personal concern to the listener.

Between banker and borrower

This recollection came to mind because of another conversation, one which had resumed this very week.

Earlier this week an email arrived from a person I spoke and corresponded with in 2009. I’d written a blog about the attributes that a special-asset person needed to be successful in the administration and collection of problem assets.

This person, whom I’ll call “Jerry,” had read that article online. Jerry was a small real estate developer in the Pacific Northwest. His project of condominiums and waterfront retail space was about to come to market in the summer of 2008 when the bottom literally fell out of the commercial real estate market.

Jerry’s loan, which totaled medium seven figures, was in default and the bank had instituted collection activity. He was a person who acknowledged his debt and was committed to working with the bank. Early discussions were occasionally “tense” but gentlemanly, by his description. Within a few months, a level of cooperation and trust had developed between Jerry and his new account officer.

Later that year, Jerry’s bank failed and his loan was acquired by an out-of-state banking company. The administration of the loan was assumed by new people who had no experience whatever with Jerry or his local market place.

Jerry and I spoke by phone twice, as I recall, and swapped a few emails over a period of several weeks. My objective was to give him a sense of what was likely going on within the new bank and the sorts of pressures and expectations that were motivating the bankers’ behaviors and approach.

I had no inside information, of course. But having spent a cumulative total of 25 years administering problem loan staffs and executive responsibility for a bank that had been through a Formal Agreement for asset-quality reasons with the OCC, I did have a useful and germane perspective.

The last time I remember hearing from Jerry was in 2011. He and the bank were working cooperatively and he had managed to considerably pare down the total charge off on the loan. The story wasn’t complete, but Jerry wanted me to know that I’d been very helpful in setting his attitude and outlook. As a result, he felt that he had survived the worst of his ordeal with his honor and reputation intact.

What makes all of this memorable for me is that Jerry’s situation and its evolution is another triumph of character over adversity. This sounds corny to some in this cynical age. But I’ve worked with many borrowers of both character and its utter absence through the years. So I can recognize the genuine article when I see it. And this was the real thing.

Out of the blue

Then there was the following email message from Jerry the other day. “Ed, I’ve got an idea I want to bounce off you. Can we speak by phone?”

We’ve since talked and it was a remarkable conversation. He again thanked me in very direct and personal terms for how much help I’d been to him as he steeled himself for the difficult liquidation of his business in cooperation with the bank.

But then came the surprise. He would like to write a book about his experience. He felt that his personal reflections would be helpful—and useful—to others going through similar adversities. And he’d like me to help him explain the banking side to his readers much as I did for him.

Whether the idea of a book on his personal experiences has a market and would ever be published is not a question that I can answer. But I encouraged him to write the book for himself first. His story is compelling for the presence of character and integrity, both his and his bankers’. Then if he’s poured himself into the story line, that will show, and be of value to a potentially wide readership.

What you say today may come back to you

This is a poignant personal story, and the end is not quite in sight.

The lesson that I take away is that we as lenders have enormous power over others with whom we come into regular business contact. It’s seldom evident at the time but our words of encouragement to a borrower often come back like a boomerang in the finest sense. It’s one of the main reasons I enjoyed my work as a banker and one of the greatest satisfactions I have had as I look back on nearly 50 years in the business.

More in this category: « What’s your North? Two cents on ten bucks »
back to top