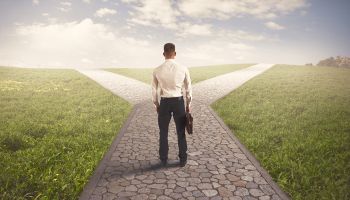 For obvious reasons, almost every industry is quick to credit Apple, Disney, Starbucks, and other clear winners as leaders in clarity and focus. So why, in banking, do we forego focus, instead holding onto even the weakest product, segment, or strategy?

Deciding on a direction

I recently read an entry my eight-year-old son, Eliot, had written for his Writers’ Workshop class. He wrote how he was struggling to decide what to be when he grows up. Specifically, he was deciding between being a police officer and a robber. He was genuinely stumped.

Fortunately, Eliot’s conundrum took a new direction when he found out that his Uncle Rick is an engineer—something he hadn’t really considered, but liked the sound of. And that—at this point in time—is the direction in which he intends to head. As his mother, I am pleased.

As a strategist, I am also pleased. On the surface, it appears as if my son is randomly choosing options—perhaps influenced by the too many hours of TV and video games to which he is exposed.

But upon closer examination, I have concluded that there was more to Eliot’s process and that maybe—just maybe—there is something to learn from him about how we think about our own bank strategies. The options Eliot considered were radically different from one another and yet one could argue that he is well suited for each of them. Sound familiar?

A considered judgment, at eight, or any age

My son is thoughtful—he thinks before he acts and long before he shares his intentions with anyone. It took me a while to realize this in Eliot, but a series of examples finally led to my enlightening.

For instance, there was the time I found all of our pizza cutters in his room. Only on asking did I learn that he worries about intruders. The pizza cutters are, according to him, strategically placed for defense.

Or, consistent with his “think first, act second, and tell no one” approach, I frequently discover stuffed animals, typically rats, in my suitcase when I travel. While I am rarely surprised by this anymore, I am always impressed that there is never a hint in advance— not a smirk, not a chuckle, not the more standard eight-year-old inability to keep a secret.

Eliot is also stubbornly open to possibilities that others quickly rule out. He and my husband were at odds for some time over Eliot’s desire to use the slide from the outdoor swing set as a means of descending from the top bunk in his bedroom. While he didn’t get his way, to this day he accuses my husband of being narrow-minded.

Fortunately, Eliot moved on. His attention is currently focused on inventing a machine that simply switches things to his favor, for instance, your money into his account. Again, stubbornly committed to ideas quickly passed on by others.

Finally, Eliot is a process thinker and a visionary. A scrap of plywood quickly becomes a finished product in his mind and he frequently documents his plans to test their validity. I still have the blueprints he created for the “secure door” he planned to build to replace his current bedroom door.  I also have blueprints for the Tiki Bar he intends to build in our backyard—certain the neighbors are longing for a burger and beer whipped up by an eight-year-old. Thinker. Visionary.

Regardless of the value I place on his three options, I have to admit that Eliot’s talents bode well for success in any one of his chosen career options. The career of a police officer, robber, or engineer is surely cut short if he overtly shares his plans or acts before thinking things through, or backs down when his ideas are viewed as absurd or lacks vision or the blueprints for getting there.

Conversely, Eliot’s talents aren’t ideal in a career that depends on bringing others along, such as a teacher, or in a career dependent on speed of execution, such as a chef. He also is likely not well suited for a field designed to serve others, such as public service or say, banking.

But these fields, you see, were not on his list.

What is to be learned?

Eliot’s process of developing and considering career options is not all that different from a business homing in on its strategic course.

Strategy is about choice. There will be options along the way. The path forward is not to engage in exercises designed to uncover the one right answer, but to accept that there are likely several right answers.

The first productive step is to choose. Like an engineer striving to be a police officer and robber too, a business will surely fail if it refuses to choose.

In my strategic consulting work with banks, in particular, I find this refusal to choose far more frequently than I ever imagined I would.

I see banks that lead with their fear of losing customers, and so they don’t choose small business over retail or private wealth over mass segments or mass segments over commercial.

This isn’t to say that a bank cannot pursue more than one area of focus. But that is determined by the resources available to support each of the areas of focus. A small bank with success in small business will only undermine its possible success by choosing to equally spread its resources to other segments or areas of focus.

So, brainstorm, take stock, step back, and review what is working and what is not. Where are you holding onto an area of focus simply because there is income associated with it? What if the resources applied to those revenue lines were redirected and efforts focused—what might income look like in those scenarios?

My son’s life will look very different, depending on the path he chooses to follow. While I doubt he will ever be prepared for the consequences that come with being a robber, I am certain he will never reach his full potential by trying to be a robber, an engineer, and a police officer. 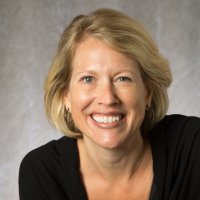 Martie Woods is Lead Strategist at Stone Mantel, an insights consultancy focused on creating meaningful brand experience. In her role, Woods helps organizations differentiate their brands by guiding their thinking on innovation and customer experience. Her focus on the customer, expertise in consumer psychology, innovation, and buying behavior has made her a sought-after thought leader and consultant. Woods can be reached at [email protected]

More in this category: « Spelling out what today’s bank leader must be Seeking compliance in wrong place? »
back to top