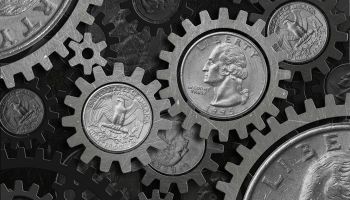 The dust hasn't settled yet, even though it's been 34 years since the birth (1981) of electronic payments.

As with other bank tech firms, during other developing eras, there are too many vendors already in this relatively new space.

Remember, the idea of computer-based technology in banking began in the 1950s, so compared to that, the electronic payments business is indeed relatively new, or at least, has yet to reach maturity.

• Some vendors will continue to prosper.

• Some will be acquired.

• Some will find a niche and coast comfortably as a best-of-breed.

• Newbies will continue to enter

• And the unexpected is always possible.

I learned the last point when 20-somethings outsmarted the mighty IBM at its own game.

This 52% increase in number of payments companies vs. number of internet companies, in the past 13 years, simply reflects the fact that these days, interest in banking technology has taken on an entirely new level of respect.

Reasons?  Bank managements are converting, slowly but surely, to a greater use of technology from the somewhat fading and costlier banking model made up of employees and branches.

But be careful that you don't apply these comments to every financial institution. For example, a small bank or credit union is not going to eliminate one employee or close one branch because of payments technology.

The strongest impact of payments technology will touch the top-tier and mid-tier financial institutions—1,778 of them in the U.S.

What’s in the winners’ DNA?

Product strength (software) is not the main differentiator among payments companies. Integration is, or saying it more clearly, the differentiator is about how well a payments system interacts with a variety of forces that have their own cultures.

Product is mostly about functionality. The more work it does, the better.

That means the earliest vendors are now on the inside rail—FIS and Fiserv. They got there by acquiring the pioneers. FIS acquired Certegy and eFunds, as well as the full-service Metavante (gaining valuable thrust from its payments division). Fiserv acquired one gold mine, CheckFree, as I said earlier, which by all measures was #1 at the time, and still is.

During the formative years of these pioneers, they built everything their early customers asked for. Better consultants these vendors could not have hired.

The bank regulators have a favorite rule for banks: "Know Your Customers."

I have one for all tech vendors: "Listen To Your Customers."

It requires an infrastructure.

And it requires third-party coordination.

And compliance is like the bureaucracy you never want to face.

That's what takes so long —satisfying all of the rules-makers, all of the time.

And remember, the best technology never stops growing, thus the word we all hate: change.

The right banks are in it now because they have the most skin in the game. Other banks will do it after the old system collapses. And indeed it will eventually collapse.

There's no reason to be alarmed, however. If the Triple Crown were anything like the longevity of banking technology, California Chrome would still be galloping at a steady pace with no idea the race was over.  (For those who don’t follow the sport of kings, the horse won 2013’s Kentucky Derby and The Preakness, though not the Belmont Stakes, finally jewel in the Crown.)

While most people believe technology changes every three years, very large banks are stuck with core systems technology that was created five decades ago. It carries the euphemism of "legacy systems," and that's like saying legacy never heard of Bill Gates, Larry Ellison, Steve Jobs, or Vint Cerf *.

Speaking of races, we’re in the lead

The U.S. is way ahead of the rest of the globe when it comes to payments.

Credit for some U.S. inventions has been a little fuzzy at times, like the idea that Al Gore might have invented the internet *. But banking and IT rank pretty high in talent and initiative to try new things.

If you are one of the other 195 countries in the world, and want to do payments, cross the pond. The U.S. has been there, done that, and made all the mistakes.

It is experience that offshore players need, not millions of low-paid programmers building tons of computer code. Code that lacks consideration of nuance, cultures, human engineering, individual habits, behaviors, interpretations, all manner of psychological influences, and dare I say it, style.

If I haven't explained it correctly yet, try this:

It's all about experienced design of the business system first … before a single programmer shows up.

Payments adoption is slow, whether it's for a business or a serious individual. But for the Millennials, it's instant. They adopt every technology quickly as if it's their raison d'etre.

The nice thing about a dragged-out process of implementation is that payments will be a hot app forever. And it will continue to adapt to regulations, safety, innovations, new boundaries, and customer attitudes, thereby creating even more revenue for vendors.

Look at the evolution of other banking technologies because those patterns will set the expectations for payments. Only a few new tech apps have provided instant gratification.

Take, for example, remote deposit. It was the no-brainer solution everyone understood.

A high school kid could have written the business case. And Congress was an excellent advocate—Check 21, which said you can leave the paper checks behind, digital images will be accepted. Consultants need not step up to the plate on this one. Tell a banker he can replace an out-of-pocket expense with a workstation and clerk he already has, and he'll be on the phone to his courier service in seconds, canceling the daily pickup.

Key players have already made their marks. The signs of success are real—lots of customers and profitable revenue. Electronic payments is as real as core systems. You may remember the predecessors of core systems—NCR and Burroughs ledger card posting machines.

If a debate were to be scheduled at the next BAI Retail Delivery conference in November, which team would not show up?  You'd win the cigar if you said the advocates of paper-based payments.

There will always be critics of online-anything.

The key to overcoming lots of FUD (fear, uncertainty and doubt) is to balance protection with convenience.

Convenience is already there, protection is not.

Protection isn't being ignored, it's just that every new piece of protection will be broken by a better breed of hacker technicians than the development technicians who built the protection.

You want online?  You're always going to get interference from the bad guys.

Three groups are battling for supremacy:

• Other tech-strong companies that have massive customer databases that they want to leverage into new businesses:

There will be a weeding out someday as to what payments are all about.

It seems that now the access device is getting all the attention. Maybe that's OK for simple transactions. But there is also an important reason to examine the process.

Process is more important for transactions that involve a lot of money and a lot of complexity.

In my opinion, one type of access device for all is not the best solution.

Compartmentalization of transactions is sensible in order to provide solutions that cater to unique requirements, while freeing the retail transaction user from the burdens of learning to launch a missile.

To pick a weird example with which I have absolutely no experience, moving drug money online is not like a swipe at Starbucks.

How does it all go right?

Mindful patience, not procrastination, is the most valuable resource in creating a good payments environment.

As long as patience is defined as the perfect blueprint whose experienced architect has thought of every piece in building a complete systems environment, and then had the power to create and enforce the Gantt chart for implementation.

To the user of electronic payments, I offer advice that I first heard in the form of a song: "I did it my way."

How you view electronic payments is nobody's business but your own, regardless of how the social media have labeled us all.

The right question for 7 billion+ people in the world is not "What's in your wallet?" but "What works for you?"

* For relative newcomers to tech, Vint Cerf is one of two known as American fathers of the internet. Al Gore is not the other father. 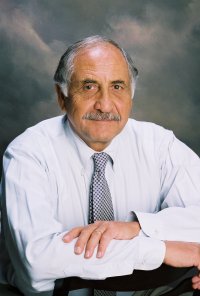 Art Gillis is president of Computer Based Solutions, an Atlanta-based independent bank technology consulting, research, and publishing firm. Gillis began his career in technology as an EDP officer at SAC Headquarters. Later, he served as a project manager at Booz Allen & Hamilton, and as a senior vice-president of Fleet Bank (now Bank of America). Gillis established his consulting practice in 1974. He has served small, medium, and giant financial institutions.

More in this category: « 5 steps to compliance accountability Linked lenders leverage look-ins »
back to top