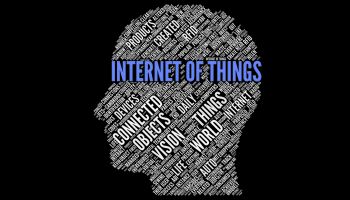 The “Internet of Things” is well on its way to changing how we move around the physical world. And 2014 marks the first time banks are starting to capitalize on this trend.

Banking on the beginning

Manufacturers are embedding sensors, tracking devices, and actuators in various devices and linking them via the internet. These devices form a network that not only churns out a steady stream of both raw and analyzed data, but can communicate—and be communicated with.

The result is a “dynamic information layer” that adds value to any activity touching this network, including bank financing.

Already banks are using cellular GPS units that report location and usage of financed cars, in addition to locking the ignitions to prevent further movement in the case of default. Not only does this make repossession easier, but it also acts as a powerful psychological tool to induce payment.

With greater likelihood of repayment, lower repo costs, and greater collateral disposition values, lending risk is said to drop by 30% or more for these internet-connected auto loans.

However, this is just the start.

Three years ago, we saw the expansion of sensor feedback in agricultural, transportation, and manufacturing equipment. Banks are just now incorporating these sensors into their commercial lending policies. In addition to getting location information, banks also obtain performance information so they know the number of work hours on each machine and the service status.

Banks are now earning fees by leveraging the data by partnering with component manufacturers and providing collective oversight on maintenance and component replacement. In addition to all the benefits of the automobile devices outlined above, these sensors now give lenders performance data that can be used to provide near-real time, accurate resale values.

Delayed maintenance or over-usage triggers additional covenants and/or additional payment requirements that serve to bring collateral values, and hence risk, back in line.

Of course, the reverse is also true.

When machines are not utilized as expected, lenders are also alerted as it is a potential signal that workflow, and thus revenue, may be slowing down. Some banks have found that by monitoring equipment performance, they can get noticed some five to seven months earlier than they normally would have been of impending cash flow problems.

Even applies to collateral that doesn’t move

The Internet of Things for banks has also expanded beyond equipment. Real estate lenders are also getting into the act.

The Aria Hotel in Las Vegas has coordinated sensors that report room usage, and data management increases revenue by making the hotel more attractive. The hotel stores your preferences so as you check in with your phone downstairs, by the time you get to your room it knows your preferred temperature, music, and lighting. Check out early and everything is adjusted so the hotel cuts costs by reducing energy and servicing requirements.

The end result is not only better performance data that lenders can use, but higher room satisfaction, faster room turn, and more efficient expense management.

The Aria also happens to be an illustration of the next evolution in the Internet of Things that is now being placed at the proverbial foot of banker’s smartphones. Once you have different equipment and sensors talking, you develop a “mesh network”—an interconnection among various appliances, equipment and physical space.

The property becomes more efficient not only on a per unit/room basis, but also as an organism in itself. The network becomes programmable in itself so various sensors or “nodes” can start talking to each other in a coordinated fashion.

A hot weather forecast triggers a restructuring of available rooms on selected floors to keep air conditioning costs down, while a signal to the room shades in east-facing rooms drops them automatically to provide morning cool. Sensors then start talking to other equipment, adjusting energy consumption, in order to balance energy load. In similar fashion, a security breach in certain parts of the property, locks doors, turns off lights, sounds sirens, and sends notification.

Banks gain the advantage to lending to these “meshed” properties as they operate more efficiently thereby supporting cash flow and presenting a better credit risk.

The Internet of Things is also changing larger infrastructure lending. Energy production plants now routinely report back electronically and we are now starting to see sensors in financed infrastructure projects such as bridges and toll roads. In addition to performance data, these sensors take it to the next level and report stress and structural status, thereby reducing risk for all parties.

Banker, your world is changing

The Internet of Things is already here and starting to give smart banks that understand the new paradigm the edge in risk management and revenue generation. Industries like healthcare, agriculture, retail, and manufacturing are rapidly changing as information gets turned into actionable data.

Banks that are on the right side of this trend will find themselves with higher lending returns; additional fees for collateral management; and lower risk compared to other competitors.

When individual computers were connected, they formed the Internet; when people were connected, social media took off; now when everything else gets connected, the industrial internet will change every industry it touches, and financial services are no exception.

Editor's Note: For a quick look at how banks can make use of new technology such as quadcopters, see Contributing Editor Dan Fisher’s recent blog, “Your friendly, neighborhood … bank copter.”

More in this category: « At the speed of money … Please crowd me »
back to top