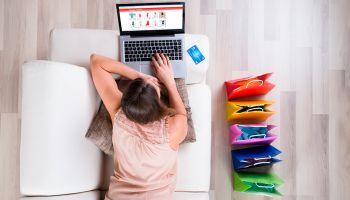 Online commerce disrupts traditional commerce in large communities as well as small. A veteran community banker asks if the loss of face-to-face experience is a long-term benefit for America.

When I was growing up in rural Iowa in the ‘60s and early ‘70s, most small towns had a general store, a grocery store, one or more cafes and gas stations, a meat locker, a hardware store, and a collection of other small merchants. You could get pretty much anything you needed on a day-to-day basis by just going into town and buying it.

Everyone knew the merchants and the merchants knew everyone shopping with them. It was first-name basis and friend-to-friend transactions.

Better stuff in the big town nearby

Over time, it became a special event to drive to the larger nearby town to get a better selection of merchants and goods and services.

Many times you ran into friends who were doing the same thing. However, on other occasions you wouldn’t meet anyone you knew. What a relief. No guilt for shopping out of town and not supporting the local merchants.

Over time, the patterns gravitated from those larger nearby towns to even larger towns because of the advent of shopping malls. Shopping had now transitioned into becoming an entertainment event.

As shopping patterns changed, the small-town merchant became the place you went only for those items that were absolutely needed now and couldn’t wait. Shoppers would wait to get everything else when they had more time to drive to the larger community.

Transactions at the small-town retailers became fewer in number and smaller in dollar size. As those retail transactions were lost to larger communities, some small-town merchants just couldn’t hang on, and closed their doors.

Other merchants hung in there until they were ready to retire. But that was when they found out there were no buyers for their stores, due to declining revenues.

So they just liquidated everything, closed the doors, and retired.

There was no longer a local option.

But the worst thing they were losing—and it wasn’t recognized at the time—was the support that those local merchants gave to the community. That support was in the form of donations, school support, and their leadership and volunteerism at various community events.

Some local citizens connected the dots and worked hard at continuing to support those local merchants. Others just couldn’t make the connection between their changing shopping habits and the decline of local commerce and the stability of the community itself.

They just couldn’t understand why all of the local stores were closing. Over time jobs declined, populations declined, schools merged, community events disappeared, and those small towns became less and less viable. Many went and continue to go by the wayside, just like their former merchants.

Today we see what I call “the ruralization of urban America.”

In the name of endless choices and convenience, online entities like Amazon and very large retailers with a strong online presence have now become the place to shop. No longer do we need to drive to or even walk to a local store to buy what we need. We can just go online, find the items, order them, and return them if they don’t work. No need to talk to anyone, fight the crowds, find depleted inventories or a limited selection, or take the travel time to get it all done.

The result is the same decline of big-name retailers in the larger communities. And as we know, that decline has hit some long-time traditional retailers hard as well as some fast-growing start-ups. Many shopping malls are also going by the wayside or declining at a rapid pace. Shoppers are more and more fickle and if a merchant can’t immediately meet their needs, there is one online who can.

We call this progress, and it is a train that is speeding down the track at an increasing rate.

The question is, where does it stop?

“Instant life,” but is it living?

You can now virtually buy everything and anything online. You can order your groceries on line and have them delivered. Or call a restaurant, tell them what you want and have it delivered. Even McDonalds is now talking about home delivery.

No need to go to a movie, just order it up on Netflix. No need to talk to anyone face to face.

If you want to communicate, send a tweet or post something on Facebook, Instagram, or the host of other social media options. And feel free to be rude. Say whatever you want. Surely you won’t ever have to meet the targets of your comments face to face.

By now you get my drift. It is not the retail transition or the transition to everything online that is the loss. The real loss is the people-to-people connections and genuine interactions.

The question is, will we be like the small-town citizens who realized too late why their local stores were all closing? Or will we connect the dots soon enough to change our behaviors and patterns?

Based on the rash of large retailers and malls going bankrupt and/or closing, I suspect the latter. 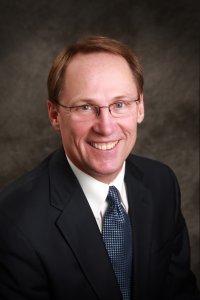 More in this category: « Creating a special bank brand Bank branch: new “third place” for business? »
back to top