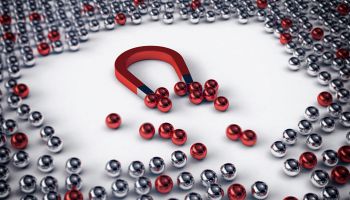 What does or doesn't make a deposit strategy attractive?

You offer a very competitive rate only to find out that you are not growing your deposit balances.

How can it be? Shouldn’t money gravitate towards the highest yield?

Not if you consider the impact of behavioral economics.

A new scientific study shows that the ability of yield to attract money is dynamic rather than static. This means that the same yield, for the same product and in the same competitive environment, can attract balances at one time and not so much on another time. This is the finding of a breakthrough scientific study titled: “Dynamics of Yield Gravity.”

The far-reaching implications of this study, co-authored by myself and Professor Nahum Biger, show that rates and balances of deposits do not operate in a vacuum, and they are greatly impacted by behavioral economics factors.

Thus, any model for forecasting and pricing of deposits must include behavioral economics as a mediating variable. Otherwise, the outcome of the model is likely to be false.

The “Dynamics of Yield Gravity” study shows that the main factor impacting the ability of yield to attract balances (gravitational pull) is the level of money anxiety of consumers. 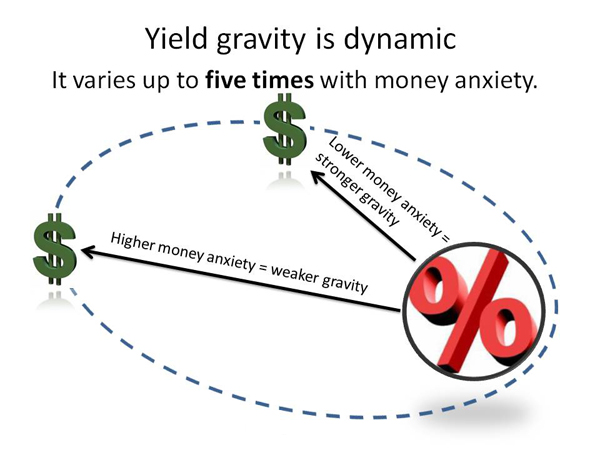 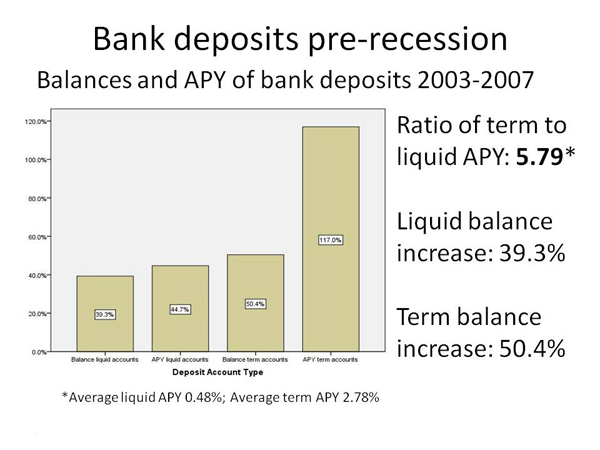 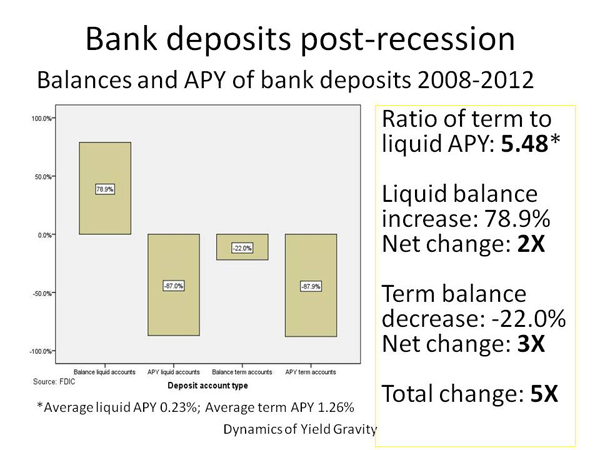 So, what caused this phenomenon? What made the gravitational pull of term APY so much weaker compare to liquid APY, even though the ratio between the two remained the same?

Money anxiety is a common and normative response to economic and financial uncertainty. This is according to the latest survey by the American Psychological Association (Figure 4), which shows that money anxiety tops the categories causing stress and anxiety in the U.S. Moreover, about 7 of 10 people reported having money anxiety on a regular basis, and we can clearly see how the level of money anxiety increased during and in the aftermath of the Great Recession. 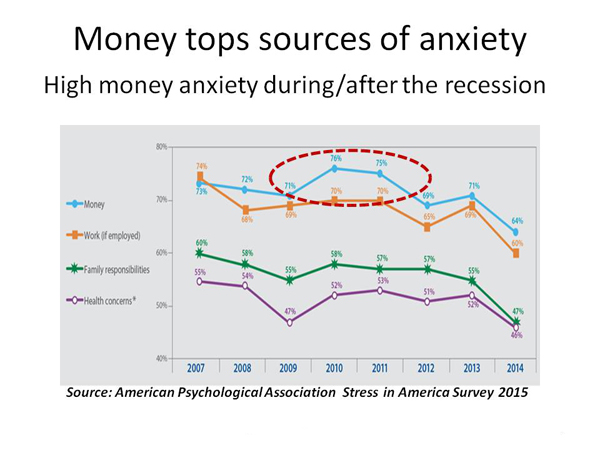 Money anxiety is a latent variable and can’t be directly observed or measured. In order to be able to objectively measure it, then, we used a special statistical approach called Structural Equation Modeling (SEM), which is capable of measuring the impact money anxiety has on the financial behavior of people. We tested the money anxiety model using five different “goodness of fit” tests, shown in Figure 5. 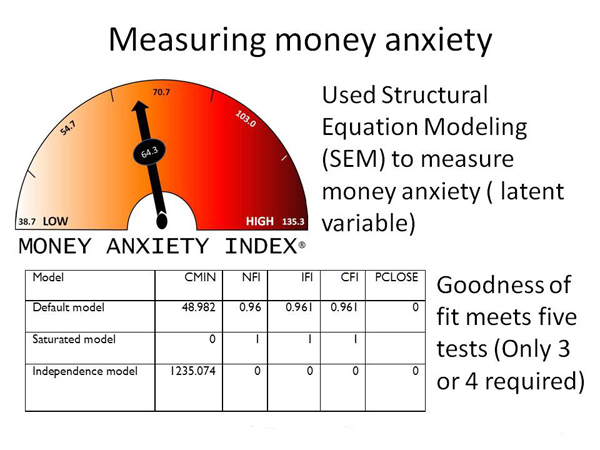 Moreover, we conducted a mediation test and found that money anxiety significantly mediates between APY and balances of both liquid and term accounts. 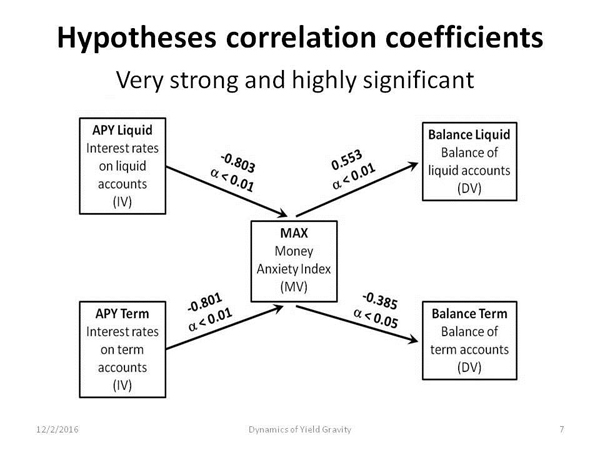 So how are the dynamics of yield gravity impacting your bank?

Here are two areas you need to be concerned with and what you should do about them:

• Problem: Financial institutions tend to misprice deposits because they do not incorporate behavioral economics factor when forecasting and pricing their deposits.

• Solution: Deposit pricing models should include behavioral economics factors to ensure that interest rates are optimal for the economic environment. Otherwise, unnecessary interest expense can put the financial institutions at risk of low net interest margins.

Dr. Dan Geller is a behavioral economist who pioneered the research and application of behavioral economics to banking services. Through his research firm, Analyticom, he provides banking executives with scientific forecasting and pricing tools.

Geller is the author of the behavioral economics book Money Anxiety, which was named a “must read book” by Business Insider.

More in this category: « Don’t be so blasé about people loving fintech Building better robo-advisors »
back to top