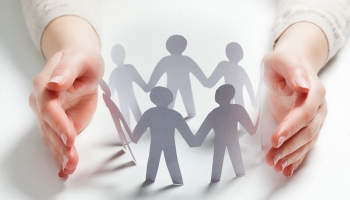 This past weekend, a bombshell report found that major global banks have “defied money laundering crackdowns by moving staggering sums of illicit cash for shadowy characters and criminal networks that have spread chaos and undermined democracy around the world."

This breaking news sent immediate shockwaves through the financial system, including Wall Street, with the Dow Jones Industrial Average opening down by more than 2% on the news.

While it’s challenging to pinpoint the exact amount, other reports from the United Nations estimate that up to $2 trillion — almost 5% of global GDP—is laundered through international financial networks.

In many cases, terrorist financing often starts at legitimate sources, including student loans, salaries from jobs, and small businesses' income. Sometimes it is transferred in small amounts through various traditional financial instruments such as ATMs or prepaid credit cards. More technologically advanced means of transferring terrorist funds include mobile and internet payment platforms, crowdfunding, and cryptocurrencies.

Compared to cash and other physical items of value being transferred in Hawala networks, the combination of small transactions from legitimate sources and digital networks has made identifying terrorist financing networks incredibly complex.

Earlier in September, US Treasury Secretary Steven Mnuchin said, “Terrorist networks have adapted to technology, conducting complex financial transactions in the digital world, including through cryptocurrencies.” These networks are also quick to identify and exploit gaps in local laws. According to another report, oligarchs identified a loophole allegedly laundered at least $18 million through the American art market in recent years.

Financial organizations hold a wealth of data. Criminals, including terrorist organizations, depend on these financial networks to operate and move money around the world. They also demonstrate patterns that can predict when nefarious activity is expected.

As evident with this week’s bombshell report, the traditional anti-money laundering approaches are not effective. They are predominantly rule-based and aren’t capable of detecting the ever-evolving complex fraud schemes. Increasingly financial services organizations are adopting cognitive technologies to detect newer patterns that indicate the potential of terrorist or other illegal activity. Interestingly, we’ve seen the number of fraud alerts surge during COVID-19 as illicit activity attempts increased.

With the right big data and AI tools, financial institutions can identify these patterns and alert law enforcement organizations.

A holistic approach is required to raise awareness of this problem among private and public actors. A starting point is to develop outreach programs that bring together NGOs, civil society, government agencies, and the general public.

On the technology front, identifying and improve transaction data and make it accessible to the systems that can identify money laundering techniques. This need can be broken down into three different components:

Additionally, methodologies to measure AML and calculate the related risks need to be enhanced and incorporate research findings from interdisciplinary teams of scholars and practitioners. Artificial intelligence is required to develop additional monitoring systems and analytical tools in the financial sector. Platforms will require the ability to connect billions of data records with dynamic entity resolution and advanced network analytics to uncover hidden risks, reveal new opportunities and enhance decision-making in preventing AML and minimizing false positives.

Illicit actors are fast, often trying to stay at least one step ahead of commercial technologies that attempt to sniff them out. Identifying patterns and trends on how money is used for terrorist and other illegal activity requires sophisticated technology. When done correctly, the benefits aren't limited to a P&L sheet. Our families and society as a whole are made exponentially safer.