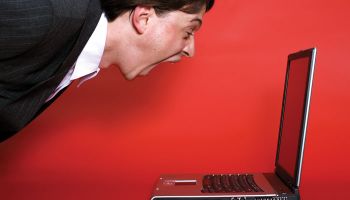 For many businesses, unanticipated growth and demand is a good thing—a sign of economic prosperity. For other businesses that are infrastructure based, it can spell disaster. The potential collapse of your technology environment, or even an adverse impact on your ability to provide service, can end up producing numerous customer complaints or worse. Fortunately, most growth can be expected, planned, and prepared for. But when it comes to technology, your planning technique will either serve you or fail you.

The definition of failure in this instance is the inability to respond in a timely manner to changes in the use characteristics of your customers or users. Symptoms can be a slow network, a server that continually bogs down, or no access at all.

Planning is looking ahead far enough and understanding the needs of not only your current internal and external customers, but what they—or new customers—will use in the long term. If you plan in a straight line, you will only be able to see the next step. You can give your users more if you understand Moore.

Gordon Moore (Intel cofounder) was a visionary. In 1965, he predicted that the number of transistors that could be placed on an integrated circuit would double every two years. As of this writing, Gordon Moore is alive and still correct.

The transistor, the fundamental switch inside our computing devices today, gives our computers power in speed, the number of instructions that a computer can execute in a given second, along with all the other things that computers can do.

In testing Moore’s Law, when you start with a quantity of one back in 1965 and you apply the math to 2012, that would translate to 70 trillion transistors. Manufacturers using the available computer chips from Intel, AMD, and others, can easily equip a laptop with this type of computing power. All this converts into smaller, more portable computing devices, and that is the techno-tsunami that we are struggling with today. What used to take up space on your desk and a spot on the floor now fits in your hand.

The unquenchable thirst for Moore Power has yet to be satisfied.

It’s not just size and power that’s changed so dramatically. Today’s operating systems give the user real flexibility. Gone are keyboard-only instructions. Even the mouse is dead—or close to it. Touch has become the de-facto standard of fingertip computing, and anybody can use it.

You can even control the computer by your thoughts. Emotiv (www.emotiv.com) has produced a high-resolution, neuro-signal acquisition device that processes your thoughts using a wireless headset.

When a computer becomes intuitive and programs anticipate the user’s next action, then the user begins to relate to the device. In essence, the computer takes you where you want to be and, in some cases, remembers what you did last. The by-product is confidence.

Lifestyle is an important component of planning and the most often ignored. Not long ago, telecommuting was considered a last resort as an employment option and was viewed as being very costly. Today, it is a normal extension of the virtual enterprise. We have become wireless, portable, and constantly connected to work, family, and friends. Consequently, the rate consumers are adopting technology is wreaking havoc on networks and the systems that support them.

The Consumer Electronic Association reported that during 2011, 28 million tablet computers were sold. This past March, Apple reported that more than three million iPad3’s were sold in the first weekend it was available in stores (March 16, 2012). Who would have guessed?

The explosive growth of these devices has placed an unforeseen demand on existing infrastructure. Be it WiFi, Wi-Max, 3G, or 4G, the installed infrastructure has not anticipated the rapid growth of wireless-connected devices. Networks are bogging down and cell providers are beginning to increase rates and limit data use to improve overall customer service.

Planning in a straight line

Network providers have technology plans, but did they anticipate a linear growth pattern or an exponential one? Most likely, it was a straight line, year over year with a slightly increased growth rate, but not like anything we’ve seen so far.

Financial institutions are not immune to this. Conventional thinking and financial institution planning considers current spending, and overlays a control objective on future spending. The predictable components are non-interest expenses, such as human resources and information technology spending. Typically, a budget plan is developed by an organization’s chief financial officer. The CFO establishes an increase limit for the next plan year over the prior year. This limit is predicated on a fixed percentage, as a means of providing a guideline to control costs and manage profitability. The approach does not take into consideration the kind of changes just described.

Linear planning in the context of Moore’s Law does not work. Each year that you apply a basic numerical limit on your profitability plan, the further behind you will become.

Too often, infrastructures collapse under stress, forcing IT departments to react to an out-of-control situation, as opposed to simply adding capacity. In a financial institution that hosts the internet in-house, the scenario begins most likely with a customer calling your organization and complaining your internet bank is slow. Others follow. Now your marketing department and your branch managers begin to forward other complaints. Voicemail boxes begin to fill and soon reach a level where you ask the IT department to look into it.

The first step taken increases the bandwidth to the servers. Complaints continue to grow. The next step is to install additional network interface cards on the servers, but there are still more complaints. Now the server has really bogged down. You realize that your server is overwhelmed and unable to keep pace with demand. It becomes a cascading failure only becoming worse with each step. Why?

Reflecting on the problem, the technology department correlates the emergence of the issue with the launch of a new web-based app. Your internet adoption rate has doubled, with the average duration of a customer session increasing from two minutes to ten minutes. Customers love your new app when they can access the website, but all is not well. With the slow response, they are quickly losing confidence. Your system is broken. You need to fix it—now.

You need to install a completely new set of servers capable of accommodating a 300% increase. Vendors are called and a premium is paid to deliver the new servers right away. Working furiously, you install the new infrastructure, and the complaints begin to subside, but you have just blown your IT budget.

The answer: a new type of planning

Clearly, technology has changed even the planning game. We, as an industry, just do not know how much pent up demand there is. As was just described, demand for innovative new services can increase exponentially. The same can apply to internal networks as more powerful systems are installed. The result is that they consume significantly more network bandwidth.

The challenge is recognizing when demand or expectations of your customers has grown beyond your ability to keep up with it. Failure to do so can have adverse consequences.

What is the answer? Three steps can help:

First, Adding a new dimension to your planning process by researching not only the capability of existing products, but also their future capability is central.

Second, survey what technology your customers (all demographics) are using and what they are looking to buy. This will identify gaps in your technology vision and thinking.

Third, create what-if scenarios and overlay them on your current use of technology. An example of this would be: What if 75% of your internet banking customers shifted to using only 4G-enabled smartphones and your mobile application, and that the rate of growth of this segment was equivalent to Moore’s Law? How would that impact your system performance and customer satisfaction?

Overall, the questions to ask are: Is your technology planning strategy and infrastructure design predicated on the ability to add capacity rapidly and without service interruption? And, would you be ready for significant growth or are you already behind the curve?

Financial and technology planning at your institution must include a factor that can anticipate the growth of computing power as well as corresponding infrastructure consumption.

As in Moore’s Law, as computing power grows, so must your ability to plan for and anticipate the same in all dimensions of the technology that you deploy and the products that you offer. From servers to those you serve, a successful technology plan design is dynamic, flexible, expandable, and built to sustain exponential growth—growth that you were prepared for.