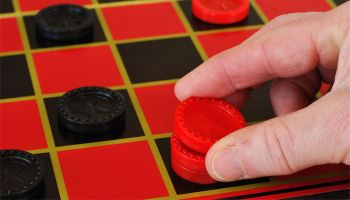 Banner Corp. will nearly double in size with its $702 million play for AmericanWest Bank, a planned acquisition that marks the second-largest bank deal of 2014—on the West Coast and nationally. The largest acquisition announced this year came in July, when CIT Group Inc. said it would buy Pasadena, Calif.-based IMB HoldCo LLC for about $3.4 billion.

Walla Walla, Wash.-based Banner's cash-and-stock deal with Spokane, Wash.-based AmericanWest, announced Nov. 5 and slated to close in mid-2015, would help to continue a reshaping of the bank landscape in the Pacific Northwest, analysts say.

Lay of the land in Pacific Northwest

Banking giants aside, the region is gradually consolidating into the hands of a few super-community lenders that are deepening their presences in key markets and broadening their reach in the West.

These companies are capitalizing on a consolidation trend fed by community banks that are looking to gain size or, in other cases, to sell amid frustration with intensifying regulatory requirements and fierce competition for loans amid a long, often slow economic recovery, analysts say.

Buyers, in turn, gain heft to more easily absorb regulatory costs and to better compete with megabanks, such as Wells Fargo & Co. and Bank of America Corp., and major regionals, such as U.S. Bancorp and KeyCorp, that permeate the region, as well as nonbank lenders and credit unions that are gaining momentum.

With the acquisition of AmericanWest ($4.09 billion in assets as of Sept. 30), Banner ($4.76 billion) would approach $10 billion in assets and position itself to keep pace with acquisitive and, increasingly prominent players, such as Umpqua Holdings Corp. and Columbia Banking System Inc., analysts say. Banner also is in the process of acquiring Florence, Ore.-based Siuslaw Financial Group Inc., which now has nearly $400 million in assets.

"I think [Banner] needed to do a deal like this" to keep up with its rivals, analyst Timothy Coffey of FIG Partners said of the AmericanWest deal. "This gives them the scale I think they've been looking for."

"We continue to hear more M&A chatter out here," analyst James Bradshaw of Bridge City Capital, who is based in Oregon, told SNL. "A lot of the smaller banks are struggling under the weight of regulatory burden … so the impetus for more selling is there. And you have this group [of established buyers] and others that I think will be active. So, we could see a lot of deals over the next year or two."

Coffey of FIG Partners agreed. "There's a lot of opportunity for banks to get bigger," he said. The Banner-AmericanWest deal "is just the latest example of that."

Banner President and CEO Mark Grescovich, who will lead the combined Banner-AmericanWest company, told analysts during a call to discuss the merger Nov. 6 that the deal "improves our competitive position" at a time when scale is increasingly important.

"Our industry is fast-moving," he added, and "scalability is needed to best serve your clients and your communities" with increasingly more products and sophisticated services.

In addition to size, Banner spreads out geographically, presenting opportunity but also some new risk. The combined company will have about $9.7 billion in assets, $6.8 billion in loans and $7.9 billion in deposits held at nearly 190 branches across five Western states. Banner currently operates in three of those states—Washington, Oregon, and Idaho — but would enter Utah, including the Salt Lake City area, and California, where AmericanWest reaches from the northern part of the state all the way down to San Diego.

Sense of the strategy

Banner chief executive Grescovich told SNL in an interview that Utah—particularly Greater Salt Lake—is on sound economic footing and is "growing rapidly." And California, he added, is "a very critical market," given its sheer size, for a bank looking to bolster and expand its West Coast presence.

AmericanWest Chairman and CEO Scott Kisting, who will stay on with the combined company as a consultant, told SNL that Banner can focus heavily on markets in which it can build a density of customers—including Sacramento, northern Orange County, and the Inland Empire in California—as opposed to heavily banked San Francisco or downtown Los Angeles. He also noted that AmericanWest already has an increasingly notable presence in San Diego. "There are some great pockets" for potential loan growth, he said.

Coffey, the FIG Partners analyst, said the expansion should indeed help Banner grow significantly and said the two companies complement each other nicely—in terms of their geographies and also lending practices and deposit bases. But he did add that a foray into new markets typically magnifies integration risk.

He also noted that both Banner and AmericanWest Bank are in the midst of other, smaller deals, which inevitably will complicate matters. Seattle-based SKBHC Holdings LLC, a private equity-backed entity that is the ultimate parent of AmericanWest, on Oct. 15 agreed to acquire Sacramento, Calif.-based Greater Sacramento Bancorp, which has about $480 million in assets.

"So, there are a bunch of moving parts that Banner now has to be aware of," Coffey said.

Bridge City Capital's Bradshaw concurred and added that, with the deal, Banner will come close to the $10 billion asset level, an important threshold at which banks must comply with the Durbin amendment and clear more compliance hurdles. That combination would add notable new expenses.

"They have a lot going on at once here," and the specter of more regulation "amplifies things," he said.

Grescovich said that crossing the $10 billion line would add about $10 million in annual costs for Banner. "It's absolutely a big deal," he told SNL. But he said the bank intends to make sure that, when it closes the deal with AmericanWest, the combined company will be under the $10 billion threshold and potentially have up to two years to prepare for crossing it.

Grescovich said Banner's "first and No. 1 priority" is successfully completing the integration of AmericanWest and the other deals in the works by the middle of 2015. But he said that Banner will have the capital strength and expertise to potentially pursue another deal in the future. A sizeable acquisition could help it surge past the $10 billion level and, in doing so, offset the added costs. He said an extra $1 billion to $1.5 billion in assets would accomplish that.

As for the complexity of the current integration work, Grescovich said, "Clearly, this is not easy."

But he noted that Banner and AmericanWest executives have a wealth of M&A experience that provides him confidence the deals can be closed successfully and as planned. Combined, the two banks have closed 11 bank deals over the past eight years.

Of note on the leadership front, Grescovich said, is that Banner CFO Lloyd Baker will become finance chief of the combined bank's holding company, while AmericanWest CFO Peter Conner will serve as finance chief of the new Banner Bank, helping to infuse the expertise of both banks into the merged company.

AmericanWest President and COO James Claffee, who has been active in managing integrations, will act as the chief integration officer of the combined bank.

"The fact of the matter is, [M&A] is in our DNA—for both companies," Grescovich said.