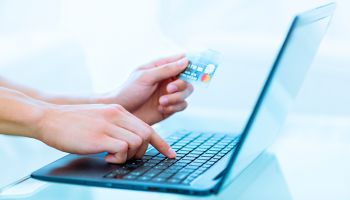 The bureau's final rule on prepaid cards may influence which programs survive into the future, warns an industry group.

The new rule requires financial institutions to limit consumers’ losses when cards are lost or stolen; investigate and resolve errors; and make account information easily accessible to customers at no charge.

Additionally, the bureau dictated that companies that extend credit to consumers on their prepaid accounts must generally offer protections similar to those for credit card holders, including:

• Ensuring that customers have the ability to repay the debt, before offering credit.

• Providing monthly billing statements similar to those that credit card consumers receive—detailing fees, what has been borrowed, and how much is owed.

• Allowing reasonable time to pay and limits on late fees.

Prepaid companies, like credit card issuers, will be required to give consumers at least 21 days to repay their debt before they are charged a late fee, and the fee must be “reasonable and proportional” to the violation.

Prepaid accounts are among the fastest-growing financial products in the U.S. In 2003, consumers loaded about $1 billion onto prepaid cards, according to CFPB. The bureau said that amount grew to nearly $65 billion by 2012 and is expected to reach $112 billion by 2018.

As for mobile commerce, Javelin research finds that online retail transactions, made from both computers and mobile devices, rose 12% from 2014 to 2015. The use of cash and checks is declining and will continue to decline, according to Javelin, which predicts that by 2020, the share of cash used at point-of-share will have fallen to 16%, and the share of checks used as payment will have dropped by 5.8%.

Javelin also says that mobile commerce is overtaking PC/laptop commerce. According to its findings, “M-commerce is going to experience explosive growth as retailers flock to the channel because that is where consumers increasingly want to shop.” [Read more from the Javelin research in “M-commerce transforming retail point of sale”]

In the vanguard of mobile banking and the prepaid card market is Pasadena-based Green Dot, the largest provider of reloadable prepaid debit cards and cash reload processing services in the U.S. Green Dot’s Founder and CEO Steve Streit says he takes the bureau’s focus on their business “as recognition that the industry we started more than 15 years ago continues to serve an increasingly significant role in the everyday financial lives of a growing number of American families.”

The new rules won’t significantly affect Green Dot’s operations, Streit says, because it has many of the requirements already in place.

“For many years, Green Dot has voluntarily provided full checking account style consumer protections for its customers and has never charged overdraft or penalty fees on Green Dot Bank’s prepaid and checking products,” Streit says. “It’s gratifying to know that prepaid can now move to a level playing field that can better serve consumers while allowing the entire industry to move past the period of regulatory uncertainty.”

But the entire industry may not be as sanguine about the new rules as Streit is.

Brad Fauss, president and CEO of the Network Branded Prepaid Card Association, says that while they are still analyzing the final rule to determine its full impact, “it is already clear that the CFPB has dismissed many of our serious concerns and moved forward with a rule that will harm the very consumers it aims to protect.”

Continues Fauss: “Instead of fostering financial innovation and inclusion, the CFPB’s rule will ultimately limit access to an essential mainstream consumer product that helps millions of Americans participate in the digital economy.”

Among the trade association’s principal concerns, Fauss says, is that the definition of “prepaid account” is overly broad.

“The NBPCA agrees with the bureau that prepaid products consumers use as their primary transaction accounts should have similar rights and protections as traditional checking accounts,” Fauss explains. “However, the definition of prepaid account in the final rule is so broad that it encompasses many of the more than 15 different types of prepaid cards in market, some of which likely will not withstand the increased costs of compliance.”

And while the prepaid association supports consumer-friendly pre-acquisition disclosures, “the final rule maintains the requirement to provide multiple similar, but not quite identical, fee disclosures that will likely serve only to confuse consumers,” Fauss says.

The association also is concerned that imposing Regulation Z on overdraft products, as these rules effectively do, could drive some prepaid card companies out of business.

Most aspects of the rule will be effective Oct. 1, 2017, with the rest taking effect a year later—a schedule that the association doubts is sufficient time.

“Based on the substantial operational and systems changes that will be required,” Fauss says, “the industry will be hard pressed to implement the required changes from a broad-sweeping new regulation within the time provided in the final rule.”

Read a CFPB blog about the new rule