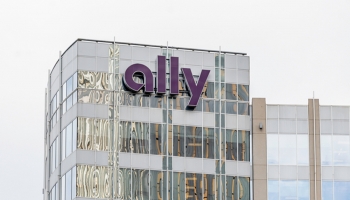 The COVID-19 pandemic broke down another banking sector M&A deal last week as Ally Financial terminated its planned $2.65 billion purchase of CardWorks in a mutual agreement.

The transaction was set to be one of the biggest deals completed this year when it was announced in February, and would have significantly boosted Ally’s presence in the credit card market. CardWorks is a top-20 player in this space.

However, the severe effects of the COVID-19 pandemic and government and market reactions sufficiently changed the banking landscape and circumstances of the deal to force both companies into a rethink.

Citing the “unprecedented economic and market conditions” resulting from the pandemic, Ally CEO Jeffrey Brown said the boards of the two companies had agreed abandoning the deal was “in the best interests of our customers and stakeholders”.

“This was a difficult decision to make following a long process to bring two strong companies together,” Brown added. “I want to express my deep appreciation for the considerable efforts and incredible commitment demonstrated by Ally and CardWorks employees.”

He also indicated a desire to continue to “grow and diversify our company moving forward”.

This is not the first M&A transaction to be significantly hit by the pandemic. Texas Capital Bank and Independent Bank were forced to drop their merger plans in May, citing the virus’s “significant impact… on the companies’ ability to fully realize the benefits” of the deal.

Pinnacle Bank and Virginia Bank had to revisit their merger agreement to adjust for the impact of the pandemic. Earlier in June they announced a repriced agreement valuing the transaction at roughly $8.6 million less than when it was first announced in January this year.

There was no suggestion that Ally’s announcement was linked to the results of the Federal Reserve’s most recent stress test of US banks, the results of which were announced last week.

However, the central bank has announced new temporary limits on how much banks can pay out to shareholders through dividends. It has also ordered banks to halt share buyback programs – something many had already done at the start of the pandemic.

All 33 banking groups in the stress test – including Ally Financial – passed the Fed’s adapted stress test, but it warned that either a U-shaped economic recovery or a double-dip recession would put balance sheets under severe stress. The latter situation, the most severe outcome by the Fed’s analysis, could see banks take a $700 billion hit in aggregate.

Dividends for the third quarter must not exceed second-quarter payouts and must not be more than the average payout over the past four quarters.