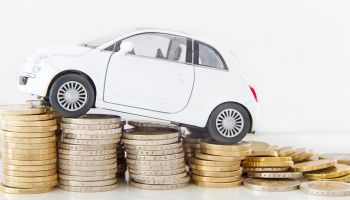 Banks that maintain a piece of the car loan business have some fresh data to factor into pricing and product design from TransUnion and J.D. Power.

The two firms recently released reports indicating trends in borrowing preferences and in payment behavior that will influence what banks offer to the market.

Affordability lies behind a trend toward stretching car loans out even further than before, or preferring to buy car usage by the slice by leasing, according to data from J.D. Power.

If that pace continues, Power said, this will be a record. Previously, the high for such long-term loans was 30.6% of new vehicle sales, hit in September 2012. The company found that terms longer than 72 months, while available, represent a very small portion of sales thus far. But for those consumers who want them, terms up to 96 months can be found.

While the longer-term loans have picked up, Power pointed out that sufficient buyers still use loans running from 24-60 months that average new car loan runs 66 months. That’s an increase of only three months over the average seen in 2009.

Meanwhile, leasing represented 26.5% of retail sales in February, beating the previous record for leasing’s share of 26%, hit in May 2000. Lease terms are averaging 36 months, according to the Power research.

“Longer-term loans, coupled with the current low interest rate environment, increases the affordability of new vehicles for consumers,” Power said in a statement. “This is resulting in strong demand for new vehicles and also record transaction prices.”

Meanwhile, TransUnion reported that the average debt-per-borrower for all auto credit—new and used retail vehicles—saw its eleventh quarterly increase in the last period of 2013. The average at yearend stood at $16,769, up 4.4% from the year-earlier final quarter.

These and additional data below come from the company’s Industry Insights Report.

Pete Turek, vice-president, automotive, in TransUnion’s financial services business unit, said in an interview that the company expects the average to continuing climbing from quarter to quarter, under present conditions.

TransUnion’s research also indicates that delinquencies are rising, but at a very low rate compared to recent periods. At yearend, delinquencies stood at 1.14%, versus 1.04% in the third quarter 2013, and 1.09% in the final quarter 2012.

Will cars be “on the house” again?

Prior to the recession, some consumers chose to finance cars through home equity lines of credit, as an alternative to traditional auto loans or leases. As equity vanished, this avenue closed to potential new borrowers.

Whether improving housing prices in some markets—and rising demand for and prices of new vehicles—will result in a return to this consumer strategy remains to be seen, according to Turek. Banks here and there are beginning to market this home-based secured credit again. In the spring TransUnion will release a study on HELOC credit that may shed further light on usage.

Meanwhile, Turek advised lenders to watch their nonprime accounts. TransUnion’s research shows that the percentage of such borrowers among all borrowers remains low, and was lower at yearend than it was at the end of 2012.

Turek pointed out a “half-empty, half-full” lesson in current nonprime numbers. The delinquency rate among those borrowers—so classified based on credit score—at yearend was 6.12% versus 5.73% at yearend.

While that’s up, Turek said that even now more than nine in ten nonprime borrowers are current. And that, he says, means they may have the potential to re-enter mainstream borrowing at a future point.

Overall, TransUnion recorded 60.5 million auto loan accounts at yearend, up over 6% from yearend 2012.