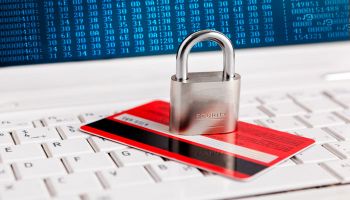 When thinking about all of the different payment options available to consumers, nearly all Americans (94%) say that security—or, how secure the payment is—is important to them personally when deciding what payment method to use.

So says a new survey of over 1,000 adults conducted by Ipsos on behalf of ABA,  “Security Ranks as Most Important Factor when Choosing a Payment Method.”

This includes more than eight in ten (85%) who rank security as being very important, and another one in ten (9%) who say that security is somewhat important.

Other qualities such as the cost associated with the payment method (i.e. fees) (89%), ease-of-use (87%), and convenience (86%) are rated as being important by nearly nine in ten Americans when deciding what payment method to use.

Meanwhile, a similar proportion says the same of how widely accepted the payment method is (84%). Innovation falls significantly behind in importance when compared to these other qualities, with less than half (43%) saying that it is important that a payment method incorporates the latest and greatest technology.

When it comes to protecting personal information and protecting consumers from fraud, banks (79%) and PayPal (71%) are seen by Americans as being most trustworthy. More than seven in ten claim that each is secure, including one third each who feel these channels are very secure.

Nearly two thirds see credit card companies (65%) and online retailers like Amazon and Zappos (64%) as being secure. However, slightly less than half feel that their personal information is safe in the hands of Google (46%) and Apple (45%).

And, traditional retailers like Walmart and Target (45%) don’t come off too well. And BitCoin is seen as least likely to protect personal information and provide protection from fraud, with only 15% of respondents rating it as being very/somewhat secure.

Mobility will be upward

There is no doubt that the way we pay for things is constantly evolving, and many Americans believe that we will be paying for things via smart phones/mobile apps (19%), electronic/digital devices (11%), and even implanted device like microchips and RFID (10%) 20 years from now. [RFID stands for Radio Frequency Identification.]

When asked about their interest in using a mobile device application like Google Wallet or Apple Pay to pay for things in the near future, one third state that they are interested (34%).

Among those who are interested, the ease of use and simplicity of paying with a mobile device is most appealing (32%). Convenience (22%) and the ability to carry fewer items such as cash, cards, a wallet, etc. (19%) are also top motivators.

Among the majority who are not interested in using a mobile device to pay for things, nearly two in five (37%) say that this is because of the lack of confidentiality and security associated with these new technologies. One in five (18%) simply do not trust or are not comfortable with such payment methods. An additional 13% note that they simply prefer to pay for things the old-fashioned way, with cash.

When it comes to regulations around new payment services, four in ten (42%) consumers feel that they should be guided by the same regulations as traditional forms of payment.

These are some of the findings of an Ipsos poll conducted Sept. 26–30. A national sample of 1,008 adults over the age of 18 was interviewed online.