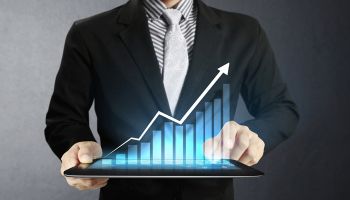 Bank and credit union representatives on a recent panel arranged by Celent indicated they are unsure of how to measure their digital efforts and whether they’re handling the evolution of user experience appropriately.

For example, when the 32 participants on the panel were asked to indicate the degree to which their financial institution has realized various benefits of digital, 41% were unsure whether digital had increased customer balances.

“It is clear that many financial institutions have yet to figure out how to capture the metrics that show the benefits of digital,” says Dan Latimore, senior vice-president of Celent’s Banking practice and coauthor of the report. “To effectively prioritize new developments and efficiently allocate resources, financial institutions need to work on capturing information that will focus their digital efforts while improving internal coordination across channels.”

• Doing digital in the dark. Almost a quarter of the participants didn’t know if digital was providing any benefits. However, institutions with more than $10 billion in assets were more likely to recognize benefits than their smaller counterparts.

• Evaluation isn’t consistent. 53% reported that user experience is evaluated on an ad hoc basis. One-third of participants indicated that re-evaluations are prompted by customer complaints.

• Majority have adopted tablet access. 72% indicate that their institution has a separate tablet app.

• One in three farm out some digital work. Employees supplemented by external contractors are responsible for the day-to-day operations of user experience for one-third of the respondents.

• ATMs out of the loop. Digital/ATM integration was by far the least mature aspect of user experience, with 29% reporting they had no integration.