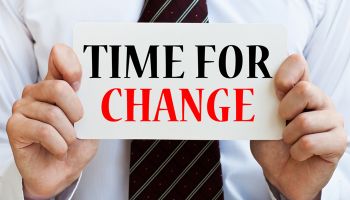 One of the oddest things Jaime Dominguez comes across in conversations with bankers is when he hears, “We’ll never use WiFi in a branch.”

When that happens, he’ll ask the banker if he has a tablet, and, if so, how he is going to work with it. Dominguez also asks, “How will you ever bring about the transformation of the branch into the new era if you won’t allow such a key component to be used?”

In his job as director of strategy for retail bank and channels at Fiserv, Dominguez doesn’t hear that statement often. What he does hear often is, “How do we begin to transform the retail bank experience?”

Bankers know that they need to transform, Dominguez said in an interview, and they understand they need a strategy. But not all of them are tying that strategy to the market segment they are going after and to the customer experience.

“They’ll say, ‘We need to transform, so let’s look at the technology’,” said Dominguez. Instead, they should be saying, “Who are we?” and “What do we want to be when we grow up?”

“I know that sounds crazy and ridiculous,” he continued, “but the banks that are transforming—large banks and small—went back to basics to really define who they are.”

Banking is a traditional business and many bankers, Dominguez said, react to such statements by pointing out that their institution has been around for 15, 50, or 100 years, and people know who they are and what they do.

“Of course your existing client base knows who you are,” Dominguez counters, “but what do the kids think of you?”

And if a bank caters mainly to small businesses or other commercial business, Dominguez will ask, “Who do you think is in a position of power now in those companies? That kid you were just talking about now owns a small business.”

The need for transformation of the banking business isn’t just a function of generational change to Dominguez. It’s a function of the “whole digital experience that we’re seeing outside of banking that has really exploded. That explosion is now moving through banking.”

In the end, he added, it’s not just about technology, it’s about the experience customers want and expect. A part of that experience is to be able to do what they want when they want—and easily, said Dominguez, a key component of the digital world. But they also want to be able to have access to an individual when they need it, “and that individual ‘had better understand what’s been happening with me outside the brick-and-mortar part of the business.’

“If you shop at one of the major online stores,” Dominguez continued, “you’re used to them saying, ‘The last time you were here you were looking at X’.”

In the same way, Dominguez believes that people want their banker to say, ‘Three days ago you were looking for a particular product. Let me help you with that. And, by the way, based on what you were searching for, let me recommend this product as well’.”

Do banks as a group have the right culture to compete in this fast-changing world?

Dominguez didn’t answer the question with a simple yes or no.

“Banks need to be revolutionary and they also need to evolve,” Dominguez continued. “I feel you can’t evolve if you don’t become a little bit revolutionary inside your organization.”

So why aren’t more bankers changing?

Dominguez gave two reasons: “‘I can’t change because Compliance doesn’t let me’; and ‘Mary has been here for 40 years and that’s just the way we do things.’ But yet they want to be number one in their market and also want to be perceived as forward thinking.”

“How do you expect to be forward thinking when you’re not willing to change the way Mary has done her job for 40 years?” he responds. “And are you willing to stop and say, ‘Why is Compliance telling me I can’t do that?’ I get that there are regulatory issues, but what else is stopping you?”

“If banks don’t think differently, somebody else is going to and will take away banks’ market,” is how Dominguez summed it up, and there is plenty of evidence that this has happened.

How branches can still play a part

The majority of banks that have branches, said Dominguez, are not looking to close them all, but are asking, “How should we change them?”

“The key here,” he said, “is to understand that it’s not about the location, or even what to do with the brick and mortar. It’s more about ‘Who am I as an institution? How do I want to provide service to my client? What market am I going after? How does my brand resonate with that market?’”

Based on that and other information, he continued, banks can begin to realize whether they should keep, merge, move, or transform a branch, and what the transformation should look like. Maybe it will be all digital. Or maybe, if they have ten branches, the solution is to close three and change two to self-service; change another to assisted self-service; and the others remain as full service.

Studies have been showing that although branch traffic is down, Dominguez noted, the type of interaction that remains in the branch is consultative. Branch visits are growing much more personal, so the branch really becomes another option for customers in terms of how they want to interact with the bank.

Dominguez gives an example of buying an Apple Watch. “I have the ability to buy it on the Apple site or other sites, yet you still have an Apple store.”

Part of this is about branding, he said, but there’s another aspect.

“When the Apple Watch first came out, I was up at two in the morning, believe it or not, to get one. Then I realized that there was a ton of choices. So I had to go into the store because I needed to touch it and talk to somebody who could explain a little bit more about what this was. And that’s what’s happening in banking.”

He sees this trend as especially true with millennials. Even though surveys say smartphones are their number one way to get information, they still need to be educated on “What do I need to do? What’s the best product for me?” They do the research on the internet, but when they are ready to do something that’s significant with their money they want to be able to walk in and talk to somebody who can help them with that.

And that’s what branches are becoming—consultative centers. And by the way, Dominguez added, “if I do it right, not only can I open the one account for you, but I can now cross sell you other products. The sauce has to be just right,” he said, “but if it is, you can grow both your client base and their loyalty.”

Ask your kids … by text or Facetime

Fiserv currently is studying the right uses for video in banking. Dominguez thinks it makes sense from an assisted-service perspective, because banks won’t be able to have experts available everywhere at once. And that may happen on customers’ phones. People are becoming more comfortable with that, he said.

Going forward, it seems pretty clear that video will play a role.

“I look at my kids—age ten and six—and  when they want to talk to me, honestly, they either send me a text or they use Facetime,” said Dominguez, referring to Apple’s video phone service.

He said the first time they had to talk on a phone—using just voice—he had to tell them, put it to your ear. They didn’t understand.

He says even his mom talks to her grandkids using Facetime because that’s normal and natural for them to do that.

When it comes to getting information, Dominguez says his older child looks things up on Google while the younger one asks Siri. “We have so many choices today,” he said. “That same concept translates to what people want from their financial institution—‘Maybe I want to use video; maybe I want to come see a someone in person.’ All this technology is an enabler for the institution’s brand: ‘Here are the choices, you decide how you want to speak to us’.”

Dominguez made another point regarding choices: They change constantly.

“It’s not like you can put something in place and expect that ten years later it’s still the same way. In today’s world that’s not going to cut it.”