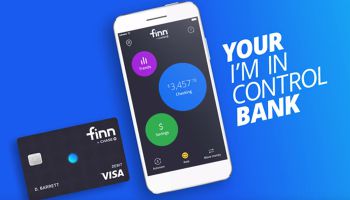 Finn, the JPMorgan Chase entry in the mobile-only race, is in pilot, but Jamie Dimon says pushing customers out of branches would not be the right way to make Finn grow.

Not long after he took over at Bank One Corp, James (“Jamie”) Dimon, not CEO of JPMorgan Chase & Co., presided over the dismantling of the bank’s fledgling internet-only bank, Wingspan. That was in 2000.

The venture was ahead of its time, and losing millions, but Dimon was careful to keep many of the people who helped create it. One of them, he told attendees of the recent Wells Fargo Investment Thought Leadership Forum, was Bill Wallace, now managing director, digital, at JPM.

Seventeen years after closing Wingspan (and later selling Bank One to Chase), Dimon presides over the largest U.S. banking company, which is hugely profitable in addition to being large. It pours hundreds of millions of dollars into technology and yet still has a network of 5,100 branches. Wells Fargo analyst Michael Mayo probed that dichotomy in a wide-ranging dialogue with Dimon on the Dec. 7 webcast. (A transcript of the webcast is available from Seeking Alpha.)

Mayo said his research team estimates that JPM has invested about as much in technology this decade as the book value of the fifth-largest bank (U.S. Bancorp).

Dimon agreed that the bank does spend a lot on technology, pointing out that much of it is for “running the shop, updating the software…, faster data, better data centers and networks, and things like that.” But it also includes straight-through processing, machine learning, big data, and AI projects, as you would expect.

“If you walk in my office and say, ‘We’ve got to build an online digital bank to serve our clients, and we’ve got to do the NPV [net present value] analysis,’ I would say, ‘Skip the NPV analysis. Build the product. It’s table stakes’.”

Indeed, though Dimon didn’t mention it in that context, quite possibly Finn—Chase’s new mobile-only bank, now being piloted—could have been the subject of that conversation.

Mayo asked Dimon if he thought the bank’s heavy tech investment would lead to a breakthrough innovation for banking equivalent to the iPhone. Dimon demurred on that noting, “You have some big tough competitors out there.” But he also said, “We're pretty good at getting a return” on tech investment.

Finn is only one of many digital initiatives or products Chase has invested in—others Dimon mentioned are QuickPay and Sapphire. Mayo, a veteran banking analyst who has known Dimon for years, asked the banker why, with all that focus on digital, the bank still has so many branches.

“Whenever I’m in a meeting and they say, ‘We’ve got to push people to the digital theme,’ I say, ‘No, no, you’re not pushing them anywhere. You’ve got to offer it to them, advertise it to them’.” I’m not going to dictate to [customers] what we want [them] to do.”

People still use branches, said Dimon. Referring back to Bank One, again, he noted how that company would close branches that were making $1 million a year in profit because the bank was convinced that internet clicks would eliminate the bricks.

He did say that branches would continue to become smaller, with fewer employees staffing them. Tellers, he said, have gone from an average of five or six per branch to two because so much operational work doesn’t need to be done anymore because of mobile and ATM transactions.

Dimon noted, however, that while there are fewer tellers per branch, there are more employees working in advisory roles. These staffers assist mortgage, small business, or private client customers. Although overall there was still a net drop in total branch personnel. He expects the branch model will continue to change.

“I’m not afraid about it at all,” he said of Chase’s many branches. “We track it all the time. And if it [the branch system] ever became unproductive, we can pretty rapidly change the fleet and make quicker decisions.”

That said, Dimon also observed that, “It’s a big country, folks. We have new communities bursting up all the time.”

He tells his retail people, “It’s okay to close. [But] you damn well better think about opening too.”

Anyone can close a branch, he noted, that’s easy. “Opening one is hard … organic growth is hard. It’s very easy for people in your company not to do it.”