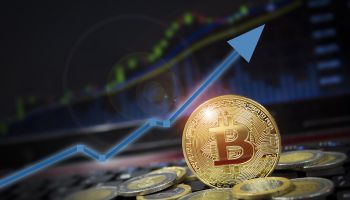 Bitcoin and other cryptocurrencies rallied to calendar year highs over the last 48 hours. Cryptocurrency skeptics cringed as Bitcoin surged past the $9,000 mark for the first time in more than a year, a level many analysts thought would not be reached again for the currency.

Analysts stated that rather than hurting the currency due to competition, Bitcoin is benefiting from Facebook legitimizing cryptocurrency with plans to launch its own soon. The rally is a welcome sign for speculators as Bitcoin is up an astounding 100% for the calendar year. The currency has stayed above 9,000 as the trading day continued on Monday.

Facebook’s new currency token should launch this week which will include salaries being paid in the new currency by Facebook employees if they decide to receive payment in that form. The payment method is optional. Facebook is not the only company that has looked at the cryptocurrency market as a new venture.

AT&T is also in the market in terms of payment acceptance.  As each company comes in, it looks less and less like the Tulip market of Holland that collapsed several hundred years ago and more like an industry that is here to stay, at least in some format.  The entrance of mainstream companies is also helping other cryptocurrencies that have spiked this year, but not to the extent of Bitcoin.  It is possible that the new entries will eventually crowd out “also ran” independent players.

For banks and cautious investors, cryptocurrency has had a black eye due to illegal trading by some and questionable domiciles such as Belarus where speculation has brought skepticism. To be clear, banks are more positive about blockchain, which has unfairly been lumped in with Bitcoin at times. However, with AT&T now taking payments through cryptocurrency and banks such as JP Morgan taking steps in the market even after Jaime Dimon said disparaging things, the industry seems one step closer to full acceptance.