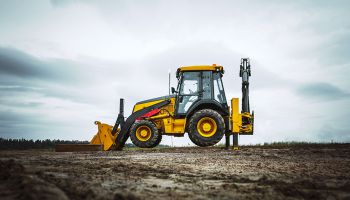 As commercial real estate loan growth slows after a boom in 2015 and 2016, fewer banks are concentrated in these loans. 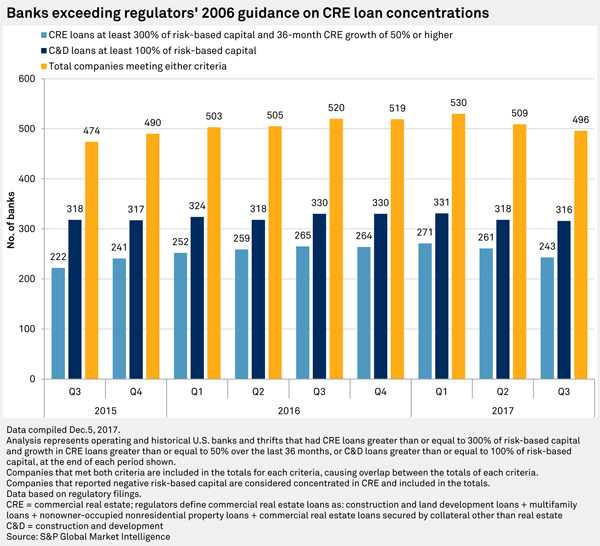 Banks are pulling back on growth in CRE, which is composed of construction and land development loans, nonowner-occupied nonresidential nonfarm loans, multifamily loans, and loans for commercial real estate secured by collateral other than real estate. The year-over-year increase in CRE in the third quarter was down to 7.4%, the lowest growth rate since the fourth quarter of 2013. 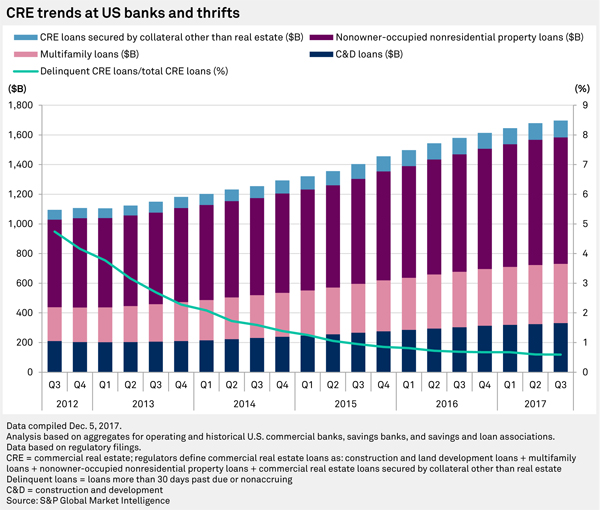 Growth was down across all the loan categories that make up CRE. Twelve-month growth in construction and land development as of Sept. 30 was in the single digits for the first time since the second quarter of 2014.

Regulators have guided banks since 2006 that they could be subject to increased regulatory scrutiny if they became concentrated in CRE loans. The banking regulatory agencies reissued their CRE guidance in late 2015 after noting substantial growth in CRE loan types.

The guidance states that banks may be considered concentrated in CRE loans if they meet at least one of two thresholds:

• CRE loans are greater than 300% of risk-based capital, and CRE loans have grown by more than 50% during the prior three years.

While the overall delinquency rate of CRE loans remained flat at 0.59% as of the end of the third quarter, the largest category of CRE loans, nonowner-occupied nonresidential properties, saw an uptick in delinquencies during the period to 0.67% from 0.63%.

Sixty-four banks became concentrated in CRE during the quarter, while 78 banks dropped off the list. 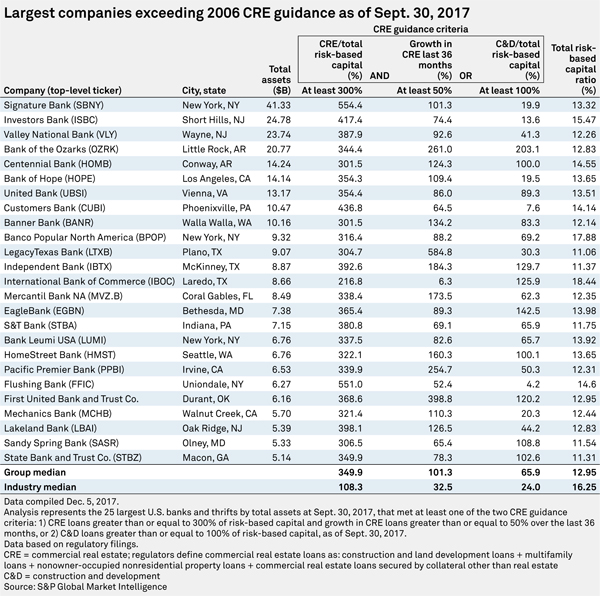 This article originally appeared on S&P Global Market Intelligence’s website on Dec. 13, 2017, under the title, "Fewer banks are concentrated in CRE as loan growth slows to late 2013 levels"