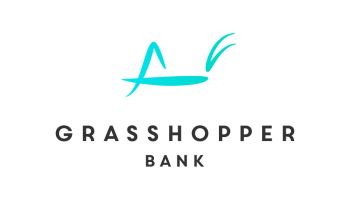 Grasshopper Bank N.A. is a new player in North America focused on venture banking, lending to high growth entrepreneurial companies focused exclusively on the technology space. The bank is based in New York City and is targeting the tens of thousands of United States based companies in the sector.

Grasshopper is focused on a market they claim is an underserved market particularly on the east coast of the United States, which the small and medium size enterprises in the technology space.

The bank is clearly looking to be a disrupter in the industry. On May 30, they announced they had completed all regulatory approval needed in the United States and that they had raised $131 million in its private placement offerings.

The focus will be on being a digital only player with large funding focused on the commercial banking space. The key to its success is communicating and executing digitally, attempting to be the national leader. It is a bold model.

One of the keys to success Grasshopper executives have said is that they want to be aggressive in developing a cutting edge digital banking platform. To achieve its vision, Grasshopper turned to Temenos' cloud-native, cloud-agnostic platform, which has the ability to scale based on business demand and can support multi-country expansion and multi-currency capabilities.

Minerva Tantoco, CTO at Grasshopper, said, "We wanted to create a bank from scratch in order to build out a state of the art platform, unencumbered by legacy technology. To deliver our vision, we needed a cutting-edge platform with open architecture in order to enable innovation and deliver true digital banking experiences. It was important to have the right core system as our foundation. Temenos T24 Transact provides a pre-packaged, API-first, open architecture that delivers the agility and ability to integrate and innovate that we need as a challenger bank."

At the same time, it will be interesting to see how Grasshopper continues to develop their technology platform as well as the client base.