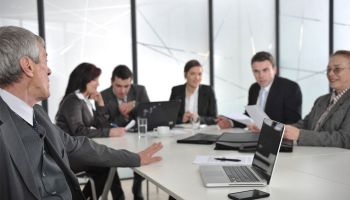 It is not easy any more--community bank compensation, that is. It is simply no longer, "Let's give everybody a 2.5% raise and a discretionary bonus."

Watch out for the rapids

I have had several situations lately where various aspects of community bank management and board compensation have been issues. This has been everything from:

• Regulators objecting to the board paying itself fees.

• Management objecting to the board's increase in its fees (too much expense load).

• Regulators objecting to the incentive compensation system because it does not comply with the recent "guidance" of the agencies.

• Regulators objecting to the payment of expenses on behalf of various senior management personnel.

All of these, which have occurred in the last quarter, lead me to believe that this whole issue of community bank compensation is coming under enhanced scrutiny, both internally and externally, with the regulators.

What are the rules ("guidance") now?

As many of you know, regulators established compensation guidance that particularly related to incentive compensation. This document is titled "Guidance on Sound Incentive Compensation Policies" and can be found on any of the federal regulators' websites.

Whatever compensation system you establish, it needs to follow the guidance.

As we all learned very quickly with the commercial real estate guidance (CRE), "guidance" is not simply what it says.

Guidance is--or becomes--a hard and fast rule, as a practical matter, with the regulators. So, whatever the board does in the area of compensation, particularly incentive compensation, even in the smallest community banks, it needs to follow "the guidance."

We recently had a project revising an incentive compensation system for a community bank that worked extraordinarily well, but it did not quite comply with the recent incentive compensation guidance. A few adjustments to "toss in" a few more subjective factors and we believe it will comply (depending on what the examiner had for breakfast that day).

We have also had several recent odd experiences that community banks simply need to be aware of. (This, by the way, is not going to be a blog designed toward discussing technical areas of compensation. If you want more information on that, just email me and I will be happy to put you in touch with my employee benefits partner. This will be more of the practical matter of what is happening out there that you need to be aware of.)

When the board balks over pay

As noted, I have had several situations recently where the board, or at least certain board members, are getting concerned with the level of compensation for the senior executive management team.

At one recent meeting, I attempted to determine what the stumbling block was.

It turned out that the real issue turned out to be that the executive team overall, in a couple of board members' opinion, did not work nearly as hard as they (the board members) in their own jobs did. Yet were making more money.

I unabashedly gave these directors the facts of life, compensation style:

"How much money you make in your own job is really not relevant to how you compensate your senior management team at the community bank."

I have also had the odd situation where management has objected when the board has attempted to raise its own fees.

I have also had the regulators recently objecting to various fee issues. One was a compensation structure that they felt was so out of line, particularly in this case (for a healthy bank), that it slipped into the unsafe or unsound category.

Also, as it relates to the fee issue, we have had the regulators clamp down on a number of our clients around the nation who were purportedly reimbursing executive officers for expenses that, according to the regulators, were arguably not bank expenses. This, for the most part, has been total nonsense, but it appears to be a hot button for the regulators, particularly in closely held institutions across the nation.

Making decisions in a vacuum

The whole issue of compensation will always be a sensitive one. Lack of current information is one difficulty with compensation in determining where your senior executive officers' compensation level and your board level compensation should be.

Notwithstanding the fact that associations provide salary surveys, they are, by definition, at least a year behind and not all banks participate. For example, the banks that may be most highly compensating their officers or may be closely held are probably not going to participate because they do not want that information revealed anywhere.

Surveys are the best guidelines you can get, but determining appropriate compensation is really difficult. It is much more of an art than a science.

The thrust of this blog is to let you know that if you are having some controversy within the board or between the board and management over compensation, you are not alone.

Now that we are coming out of the recession, it is obviously a focus. Management would like to be compensated for the bank surviving and getting through things and now becoming profitable. The board is understandably cautious, particularly as it relates to regulatory criticisms.

It is no longer the simple process it used to be.

More in this category: « How do you spell success? Where are your bank's next leaders coming from? »
back to top