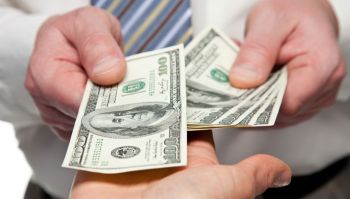 Blogger Jeff Gerrish defines share liquidity as the ability of a shareholder to sell a share of stock or several shares of stock at a fair price at the time they want.

I recently had the opportunity to facilitate a directors’ forum for an ABA affiliated state bankers association. The directors’ forum was part of their director’s college and annual convention. A well-attended affair.

For those of you who are not familiar with a director or chairmen’s forum, it is simply a group of like-minded individuals gathering to discuss a common topic, typically with a facilitator of the discussion—myself, in this case—who has knowledge of the topic and can steer the direction or provide substantive assistance.

At the beginning of the forum, I tried to get some feel for what the board members would like to discuss. Surprisingly, number one on the directors’ interest list was providing liquidity for their shareholders.

Not a common commodity

Only two of the many banks present had any type of market liquidity. These two were listed on Nasdaq and traded several thousand shares a day. The remaining banks had no share liquidity.

The reality is that putting the stock on the over-the-counter bulletin board or the pink sheets does not help. In fact, it hurts. On one of those trading mechanisms, a small bank holding company’s share price can move a dollar or two with a single trade. It can also be held at a depressed level with no basis for that happening.

My recommendation to these directors, as the discussion progressed, was to obtain control of their share price.

Now, how do you do that?

This is basically a reactive strategy, also known as a “walk in” program. This type of accommodation is appropriate when a shareholder approaches the holding company and asks if the holding company knows of anyone who would like to buy their shares. The holding company responds affirmatively that it is buying at $X per share. That sets a floor on the share price, and also establishes stability.

To implement a walk-in program, the holding company board of directors must give the CEO authority to redeem a certain number of shares at a certain price quarterly.

I was not really surprised that a voluntary repurchase program or a walk-in program was at the top of the outside directors’ list. As noted in previous blogs, with the aging of the directors and principal shareholders of our community banks, share liquidity will become even more important.

During the Great Recession, share liquidity moved well down on the priority list. Now, it is back.

Does the old heave-ho work?

In addition to the walk-in program and a voluntary repurchase program (where the board of directors allocates a certain portion of the holding company’s capital to redeem shares), the directors also discussed the possibility of forcibly eliminating shareholders.

The purpose of an involuntary elimination of shareholders varies. It may be to eliminate out-of-state shareholders or shareholders who do not do business at the bank. Or it may be part of a Subchapter S conversion and the like. The involuntary repurchase of shares can be accomplished in two ways.

With respect to the voluntary repurchase program, the directors at the meeting discussed that no valuation by an outside third party was necessary as long as the redemption of the shares by the holding company benefited the remaining shareholders. However, in a forced transaction, such as a reverse stock split or a discriminatory merger, our general recommendation is that an outside valuation be obtained in all cases.

As noted, I was somewhat, but not totally, surprised that the number one item on the hit parade was share liquidity, but it seemed to be on the minds of virtually all the outside directors in the room. I will share in subsequent blogs some of the other issues that were on the outside directors’ mind, including the director’s duty in mergers and acquisitions, how the directors should interact with the regulators, the importance of compliance and the like.

More in this category: « Who holds the gavel? And other modern boardroom issues When board and management reach parting of the ways »
back to top