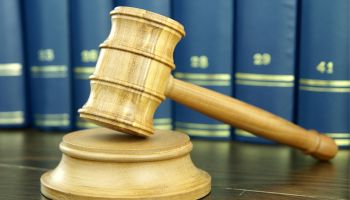 The recent indictments of the founder and chairman of Premier Bank of Wilmette, Ill., together with his wife, who was an officer of the bank, and two directors, and last week’s indictment of three insiders of Coastal Community Bank in Panama City, Fla., including the bank’s counsel, seemed to hark back to the savings & loan bank fraud prosecutions in the early 1990s.

They come almost three years after the FDIC Inspector General publicly announced that the agency had opened 50 criminal investigations into the circumstances surrounding the failure of banks caused by the financial collapse that began in 2008 and which frequently was the result of heavy construction lending activity.

However, since that time, there have been few criminal prosecutions, nowhere near the number of civil suits FDIC has brought or settled against former directors and officers of failed banks alleging negligence, gross negligence, and breach of fiduciary duties.

Criminal prosecution has always been in the government’s arsenal in connection with financial institution matters. However, since the government must prove criminal charges beyond a reasonable doubt, such investigations are often lengthy and more frequently than not the government declines to proceed.

In addition, FDIC has rarely used its power to seek civil monetary penalties and bar orders against individual directors and officers.

At the end of the day, the primary focus of FDIC has been and continues to be seeking civil recovery for losses to the insurance fund alleged to have resulted from bank failures, which usually means going after D&O insurance coverage where possible.

The Premier Bank and Coastal Community Bank prosecutions are therefore instructive as rare recent examples where the government has sought criminal sanctions for director and officer misconduct.

In the Premier Bank case, the Office of the Special Inspector General for the Troubled Assets Relief Program (SIGTARP) stepped in to provide some prosecutorial muscle in pushing criminal prosecutions because the bank received TARP funds. SIGTARP has drawn upon retired FBI agents and postal investigators, and other investigatory resources, and works with a variety of federal and state prosecutors to bring cases. SIGTARP did the underlying investigation and then turned to the Attorney General of Illinois to actually seek the indictment of the individuals and prosecute the defendants. While the FDIC’s Inspector General participated in the investigation, it does not appear that the Department of Justice played any significant role.

In the Coastal Community Bank case, it appears that FDIC referred the matter to the Department of Justice and the indictment arose from a grand jury presentation by the U.S. Attorney.

A close examination of the allegations of the two indictments should not raise alarms in most bank boardrooms. That’s because the facts alleged are quite egregious and likely would astonish most people, even experienced bankers who may see all types of peculiar behavior in the course of a typical banking day.

The Premier Bank indictment accuses the defendants of conducting a “criminal enterprise” to defraud the U.S. Government’s TARP program. Among the alleged scandalous conduct, the defendants are accused of shaking down potential borrowers for personal gain, using bank funds for personal benefit, and lending money to borrowers to buy out failing projects of other borrowers so as to hide the true condition of the bank’s loan portfolio and the bank’s true financial condition.

In the Coastal Community Bank case, the indicted insiders allegedly defrauded the U.S. Government’s Temporary Liquidity Guarantee Program or TLGP, which was created in 2008 to encourage bank lending using a federal guarantee to backstop the loan. The defendants allegedly attempted to avoid foreclosure on their stockholdings in Coastal by another lender by fraudulently arranging for a TLGP guaranteed loan to repay the original loan.

Allegations of insider abuse—using bank resources or power for personal gain—has always been the subject of regulatory scrutiny and was a major factor in the criminal cases brought as a result of the S&L crisis in the late 1980s and early 1990s. The FDIC and other bank regulatory agencies most often have used the power conferred by the Federal Deposit Insurance Act in seeking monetary damages, restitution, asset freezes, civil money penalties, and removal and prohibition orders.

Perspective on the cases

Over the years, cases of egregious insider abuse have been addressed most often through a combination of one or more of these procedural tools. However, these cases take time to wend their way through the administrative adjudication process and the use of criminal statutes, as in the Premier Bank case, makes this an attractive alternative, especially when an institution like SIGTARP can be the investigating agency.

These two indictments make it very clear that using an FDIC-insured bank, and the availability of federal programs offered to banks, for personal gain ultimately attracts a federal investigation and in the most egregious cases criminal prosecution of the insiders involved. As far as the FDIC is concerned, it is always on the lookout for situations with which they can make an example for the financial community.