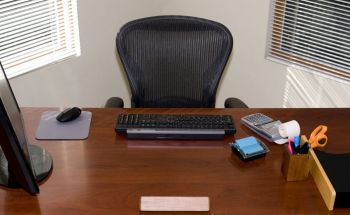 Skilled credit people have been allowed to retire without much thought put into replacing their abilities and experience, says blogger Ed O’Leary.

The last couple of days I’ve been reading Richard Parsons’ book, Broke: America’s Banking System: Common Sense Ideas To Fix Banking In America, to review for the Banking Exchange later this month. Mr. Parsons is a vice-chairman of Bank of America and a keen and insightful observer of the banking crisis of the last several years.

He makes several important observations about how we got to where we are and several more about the direction in which we as an industry appear to be headed. One of his concerns that strike me as worthy of our immediate attention is the declining role of community and regional bank credit departments.

Evolution from essential to overlooked

When I was a young fellow just starting out in banking, the credit department was the lending function’s nerve center. It was there that newbies like me learned the science of credit analysis. We were not merely observers. We were participants, plugged into the vital and day-to-day work product of the credit department. Most all banks of any size had formal and extensive credit departments engaged in a more or less common list of functions and tasks.

Much has changed, of course. Technology has changed the way all industries conduct business today, but the changes in banking are particularly profound. A myriad of processing enhancements created a more efficient and less labor-intensive back office of credit.

Labor costs for banks are second only to interest costs on deposits and so the emphasis on controlling these aggressively and effectively has been a constant in the working lives of all bank managers.

But what I’d not really thought about enough is just how critical a bank’s credit department has historically been as an internal control mechanism.

Credit departments train lenders; analyze credit; serve as a centralized repository for the creation and maintenance of credit and collateral files and documents; often staff the bank’s loan compliance and oversight activities; and otherwise house many if not most of the internal credit control mechanisms other than Loan Review and Internal Audit.

Why is that so? And is it a good thing? Or not?

As the geographical barriers to banking were gradually eliminated in the relatively recent past,  overcapacity within the industry was the inevitable result. The natural reaction to that was to combine the number of institutions into fewer but larger entities.

Banking is a business that benefits from scale, and technology has played an enormous role in creating more productive and cost-efficient processes. Experienced people in the various credit administration tasks and responsibilities became plentiful, and even excess, so there was less need to train. Why maintain an extensive (and expensive) infrastructure when one can simply go out and hire the experience needed?

Efficient, to a fault

That was true of all credit related jobs from documentation specialists to lenders to credit analysts. In some important respects, we simply stopped (or sharply reduced) training. And now, 20 or so years later, there is an industrywide shortage of these critical skill sets.

It’s particularly true of the lending staff. As the industry has made the lending process more efficient by stripping out a significant portion of the labor, substituting predictive models for the previous individually generated analysis, the need for trained underwriters eased.

The next step in the development of predictive models of customer repayment behavior was to view small business lending as a “retail” product. This is an apt description as the delivery of small business credit services is shifting to the branch environment. No longer is all the commercial lending, large or small, done at the main office or a regional hub where customers visit and where the majority of their loans are closed.

Predictably, commercial lending talent and experience became less needed for a continued volume of business and a more or less constant level of credit risk. But years later we are experiencing a shortage of commercial loan underwriting skills—and we’ve still not been replacing what we’re losing to retirements.

How are we going to process and maintain a definitive and sustainable uptrend in consumer and commercial lending as our national economy recovers? We don’t have adequate staff now for the business that we expect in the immediate future, and we’re not training their replacements.

The days are over where we can run a classified ad in the local newspaper and find the people we need to staff one of our core business functions.

Consider, too, how the experience of the last few years has shifted examiner and director thinking on risk detection and management. The credit department model that’s familiar to just about any of us who are in our 40s or older today has been substantially eviscerated. Yet the credit department would in another day and time be the central repository where the detection of risks related to credit, compliance, operational and strategic issues was housed or within which it would be a shared responsibility with other bank departments.

We have—for reasons that we really didn’t anticipate or wish to cause—starved one of our major internal controls of necessary resources. We simply didn’t have our eyes on the ball and understand the consequences of what we were doing.

In a very real way this is a perfect model for illustrating what I consider to be the major source of operational risk today:  the risk of not reasonably optimizing financial results and operating processes over a long time frame. Significant strength and capacity has been allowed to wither. And it’s needed today more urgently perhaps than at any other point over the last two or three generations.

In some strategically significant ways we as an industry are mere shadow of what we used to be and what we need to be again in the immediate future. We can fix these things but we all need to be on the same page and begin the effort immediately.

More in this category: « The sixth C of credit Time for bankers to think out of the “paint box” »
back to top