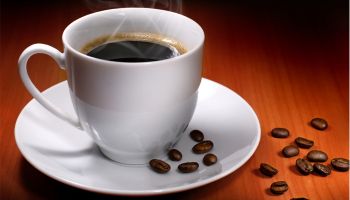 Bankers aren’t just heating up the coffee in the Pacific Northwest these days, say the analysts at SNL Financial.

A string of prominent open-bank deals peppered the Pacific Northwest landscape this fall, punctuating what analysts say is a healthy appetite for M&A in the region.

In September, Portland, Ore.-based Umpqua Holdings Corp. said it would acquire Spokane, Wash.-based Sterling Financial Corp. The deal, if closed in the first half of 2014 as planned, would nearly double Umpqua's size and provide it entrance to a large swath of Washington. The nearly $2 billion transaction would mark the largest deal in the Pacific Northwest this year, according to SNL data.

And the price, which amounted to nearly 1.7x tangible book value, was greeted favorably by analysts.

Then, more recently, Olympia, Wash.-based Heritage Financial Corp. inked a $265.1 million deal to buy Oak Harbor, Wash.-based Washington Banking Co. In the same week, Nampa, Idaho-based Home Federal Bancorp Inc. nixed its deal with Walla Walla, Wash.-based Banner Corp. in favor of what its board labeled a "superior" offer from and plan to merge with Bend, Ore.-based Cascade Bancorp in a $265.7 million deal.

Those two deals each carried price tags that broke down to about 1.5x tangible book value.

There were a half-dozen other bank deals announced so far this year involving targets in the Pacific Northwest states of Washington, Oregon and Idaho, according to an SNL analysis.

Sara Hasan, an analyst at McAdams Wright Ragen Inc. in Seattle, told SNL that there still are rumblings among would-be buyers in the Pacific Northwest about unrealistic seller pricing expectations. But she said the recently announced acquisitions—including the Home Federal deal, which showed there are multiple would-be buyers interested in certain situations—indicate that the divide is closing, with prices at generally attractive levels for both sides.

Sellers are getting more than the roughly 1x tangible book that many have fetched in recent years, while buyers are still comfortably below the 2x tangible book or much greater that many paid prior to the 2008 financial crisis.

And, with all three recent deals involving stock, sellers' shareholders can pick up shares in the combined company and participate in the longer-term upside potential of the larger, merged operations, Hasan said.

"We are finally seeing the consolidation" that many have expected for years, she said.

She said the Sterling sale in particular indicates that there is appetite for sizable deals, but she anticipates that any wave of activity would come in large part on the backs of smaller sellers, who are struggling with regulatory burdens and revenue challenges.

"I do think we'll see more there," Hasan said.

Compliance costs and stiff competition give many small banks motivation to sell. Larger potential buyers have reason to pursue targets because organic growth is hard to come by, Hasan said.

Loan growth, while improving somewhat, remains anemic for many and overall revenue levels are by extension difficult to boost. Net interest margins have long been under pressure amid a low short-term interest rate environment, and the economy, while healing, has yet to gain the significant momentum needed to fuel strong loan demand, she said.

"I think people are just concluding that the environment is still tough and probably will remain difficult," Hasan said. "When that's the case, banks work to get more efficient, to lower costs, and potentially one of the most efficient ways to get cost savings is by combining with another institution to get synergy savings."

Among community banks, she said, "I'd be surprised if there are boards out there that aren't at least considering an acquisition or looking at the possibility of being sold."

They don’t just come for the coffee

James Bradshaw, an analyst at Bridge City Capital LLC in Oregon, told SNL that the deals this month show there is strong interest in M&A in the Pacific Northwest.

He said most banks' credit quality is improving almost across the board, and that makes it easier for buyers to assess the value of targets and settle on prices. And he does expect a healthy amount of seller interest "from very small names." Such sellers may not be on a lot of bigger buyers' radars, but they could, collectively, drive greater deal volume.

On the sizeable end of the seller spectrum—think Sterling—Bradshaw said "there are not a lot of marquee names left in terms of targets." He said Eugene, Ore.-based Pacific Continental Corp. and now Banner are the two "juiciest" potential sellers with greater than $1 billion in assets in the region, though the intentions of neither are known.

Cascade's move to outbid Banner for Home Federal, he said, suggests that the buyer in the deal did not see many other prized targets of size to go after, the analyst said.

That another offer was already on the table and agreed upon, Cascade President and CEO Terry Zink told SNL, "put us in a position to say 'if we're ever going to pull the trigger on this deal we need to do it now.' We decided it was a deal we had to have."

Watch the setup for round two

Despite the scarcity of larger targets, Bradshaw said, there could be a second spate of deal-making a year or two from now, when banks that have merged and gained heft could look to sell again to much larger players. Heritage exemplifies the potential on this front, Bradshaw said.

"That one, because of the attractive market, looks like one that would generate a lot of interest," he said, noting that it will span much of Washington, with a strong presence in coveted Seattle.

Heritage President and CEO Brian Vance, during a conference call to discuss the deal, said the larger footprint of the combined banks will allow the operations of both to attract more middle-market customers. And he emphasized that Heritage has penetrated Seattle from the south, while Washington Banking has done so from the north. That, he said, means the two will complement each other in Washington's largest market.

If Vance and company can capitalize and become a greater power in Seattle, that could eventually make Heritage an appealing target for a regional bank buyer, Bradshaw said.

"So with that kind of thing still out there down the road, we could see M&A stretch out for some time here," he said.