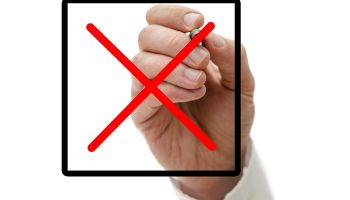 Here’s an excerpt from a letter to a large community bank’s stockholders. Can you identify the year that this appeared?

Competitive pressures have been acute for years. And the regulatory burden on banks, which has been heavier since the passage of Dodd-Frank, actually began in the early 1970s. Back then, the burden was primarily associated with the introduction of Regulation B, precursor of the avalanche of “alphabet soup” regulations promulgated by the Federal Reserve Board.

Remember Regulation Q and the then-new Community Reinvestment Act?  We thought the sky was going to fall then and did to some degree when pressures didn’t let up. These ended up coming at us in different forms.

What this tells me is that our banking environment is little changed over the lifetime careers of bankers now approaching retirement. There is serious talk of bubbles and excesses in the market place today and while some of this may be exaggerated, no doubt some of it is real.

This raises the question of how we think we will experience more benign outcomes this next time around.

In the 1970s, oil field banks saw the commodity prices of the oil and gas production they financed skyrocket and then crash within the space of a few years. Banks in the Southeast participated in a strong commercial property construction boom during this same period. This “bubble” ended similarly to the run-up in energy prices.

By the late 1980s the large banks were fueling demand for leveraged buyout transactions where corporate predators financed by unprecedented amounts of bank credit bought up industrial companies in their effort to capture large fees and profits from the sale and resale of corporate assets.

During the last 35 years, bank credit has fueled huge expansions of assets ranging from commodities to commercial real estate to industrial infrastructure to housing stock. These expansions have not, by and large, ended well for the banks or for their customers.

Today, loan demand has not yet fully recovered to pre-recession levels. But it has recovered enough that banks are feeling acute and increasing pressures from stockholders to expand their loan portfolios and improve returns on equity that have been damaged in recent years.

How else do we explain the sheer amount of anecdotal evidence on banks’ pricing practices and concessions on basic lending terms that suggest relentless competitive pressures?

We may comfort ourselves by our faith in our strong underwriting practices. But when community banks price ten-year money at fixed rates of 3.5% or 4%, how can we with a straight face say that our underwriting is traditionally strong and impervious to another downturn in economic activity?

Can you seriously argue that in today’s environment we are competently pricing for risk?

How do we go forward in safety?

So let me repeat: What’s going to be different this time?

How are we going to avoid weak asset quality portfolio concentrations a few years hence if we ignore the basics today?

How many of us, with our years of banking experience thought we were underwriting to high standards in the 1980s, the 1990s, and right up until 2008— and then had to explain to shareholders how we ended up with such a agglomeration of truly lousy credit? A rat’s nest that even today some banks are still working through.

Perhaps the key is to begin with the desired end in mind.

If the banking environment we envision three to five years out is one of strong overall credit quality and healthy community, regional and mega banks both individually and by industry segments, then we have to act like we’re seriously committed to those anticipated outcomes today.

As events are playing out, we as an industry, at least at the community and small regional bank levels, are behaving in contradictory ways.

We are curtailing formal credit training; exerting tight control on salary expense to the likely long-term detriment of credit quality controls; and eliminating or seriously curtailing the human component in the prospecting, delivery, and administration of both consumer and small business commercial credit.

Credit scoring systems can effectively predict certain types of repayment behaviors. But they are ill-suited to the essential  due diligence of credit underwriting considering  a thorough understanding of the risks that lie within collateral values, proper evaluation of financial capacity, and a rigorous analysis of the local and regional marketplaces.

Large banks are better diversified overall than smaller ones. They enjoy the advantages of broad geographical differences and broader product offerings by type of loans and size.

Furthermore, large players can command rock-bottom pricing in their funds-gathering activities. These are legitimate ways of diversifying risk.

Smaller banks have fewer choices. One choice that can be seem rational for some is to emphasize the short-run on the basis that the long-term will tend to take care of itself and to survival in reasonably good shape until the next significant inflection point in the economy will present itself with new opportunities.

Many of today’s players seem to be taking this exact route into the future.

Rethink before going too far …

Einstein uttered his memorable phrase on insanity more than 80 years ago. We see variants of the aptness of his observations in all forms of human activity and banking is hardly an exception.

What troubles me is that we can have more holistic outcomes for ourselves, our stockholders, and our customers by recognizing that applying credit basics today comes with fewer long-term costs and tradeoffs.

That’s what the collective experience of bankers over the last generation tells us.

We don’t seem to be paying attention.

More in this category: « Banks need leaders who “get it” Is "no" in the vocabulary of good service? »
back to top