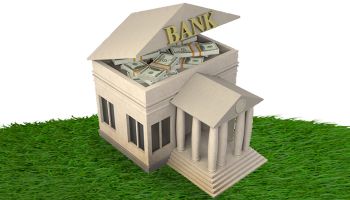 A few years ago Joshua Siegel began looking for new ways to bring people interested in investing in banks together with healthy banks that needed capital, and thought he’d found a new answer in a 73-year-old law.

The challenge community banks were beginning to face: Passing around the hat in the boardroom and the community was proving less and less productive. There was only so much water in those wells. Private equity and hedge funds had some interest in banks, but not nearly the demand that had once been predicted, due to both investment and regulatory reasons. And the typical community bank didn’t offer the high returns such investors typically demand, and on an accelerated timetable—frequently with sale of the bank as the endgame.

Also, the vast majority of community banks, being private, don’t have the direct access to capital markets a public institution enjoys.

But Siegel thought he saw a way to put investors together with smaller banks: a closed-end investment company founded specifically to make investments in community financial institutions. The goal: To bring healthy community banks an opportunity for new capital, at reasonable costs, to fund organic growth, acquisitions, share repurchases, and other refinancing activities, such as retiring TARP-related instruments.

Between increased capital requirements, acquisition opportunities, and funding for growth, Siegel estimates that community banks need to raise over $50 billion in new capital over the next few years.

A different breed of cat

As a closed-end investment company, StoneCastle Financial Corp. is not a mutual fund, though both types of financial entity exist under the Investment Company Act of 1940. In contrast with a traditional mutual fund, a closed-end investment company doesn’t continually offer shares for sale. Instead, it trades on a public secondary market that sets the price of its shares. That may be higher or lower than the net asset value of the shares. The company began trading in early November on the Nasdaq Global Select Market under the symbol BANX.

Siegel says the new company’s investments can take various forms, though he especially likes preferred stock because of the built-in income stream. The company’s target institution has a stable balance sheet and an attractive deposit franchise. (Investments will be subject to full due diligence.)

While investors don’t direct the company’s investments, something they have that typical direct investors in community bank securities lack is immediate liquidity. Because their shares—there are more than 4.5 million outstanding—are traded on the Nasdaq Global Select Market, they can readily sell them. Both retail and institutional investors are expected to be interested in StoneCastle Financial shares. Siegel compares StoneCastle Financial, in this regard, to a REIT—real estate investment trust. Instead of investing in the underlying properties, the REIT investor invests in the trust, thereby gaining increased liquidity.

From the company’s own perspective, liquidity is not an issue because it intends to be a long-term investor, explains Siegel. He generally sees bank stocks as a long-term buy, with ownership entailing some type of income stream. Siegel is a big believer in community banks. Assuming a bank remains relatively healthy, he says, “I’m happy to own it for 50 years.” Indeed, it is the industry’s longevity, and the longevity of many community banks, that Siegel finds attractive.

“I care about credit,” Siegel explains, “but I don’t care as much about liquidity, just so long as we are earning our coupon.”

Siegel worked closely with ABA and as he and his associates navigated its formation through a maze of federal approvals. ABA has no ownership in the company, though ABA’s Corporation for American Banking endorses the company’s program as a source for direct investments for community banks. ABA and CAB plays no part in StoneCastle Financial investment decisions.

This combination of liquidity, variable investment size on the public and institutional investor end, and accessibility account for the appeal of the StoneCastle Financial model, according to Helen Sullivan, ABA senior vice-president. She said that ABA and its advisor bankers were impressed by the depth of Siegel’s research and knowledge of community banks.

In a statement regarding the exclusive endorsement, ABA’s John Wolff, executive vice-president, said: “ABA recognizes that StoneCastle Financial’s investment strategy provides an additional source of permanent capital for community banks, especially for privately held community banks across the country. Community banks have historically been unable to tap the capital markets, and StoneCastle Financial comes at an auspicious time as banks are seeking sources of capital to grow and serve their communities.”