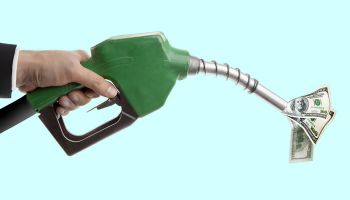 There are many ways and means of measuring the cost of capital, but one of them isn’t financial. It comes instead in the form of commitment, or, put another way, loss of a bit of managerial freedom.

Bank investor Joshua Siegel told listeners at ABA’s National Conference for Community Bankers that once a bank has raised fresh capital, it has in a sense sold the future of the bank. The future hasn’t been sold in the sense of selling the bank to another institution, but in the sense of inviting in ownership that expects management to do something with that fresh capital that will provide a return.

Siegel, a veteran bank investor, reminded listeners that besides the actual costs of raising capital, such as underwriting expenses, legal costs, and more, there are those “soft” costs of the value of the future being surrendered to investors.

Beyond the folks who know you

“Why is the bank raising capital?” asked Siegel’s fellow panelist Anton Schutz, president and CEO, Mendon Capital Advisors. Schutz works with banks, investors, and investment funds, and says the capital-hopeful must be prepared for hard-nosed questions from investors with no sentimental attachment to the bank.

“The local market investor has factors in mind other than just the numbers,” said Siegel, but the out-of-market player may only care about the numbers—and a relatively quick payoff. Siegel’s firms advocate a patient capital approach, but that attitude is far from universal. Local, private capital can be willing to wait many years, even a couple of decades, for a payoff.

Schutz had worked with panel moderator Frank Sorrentino III, CEO at ConnectOne Bancorp, Inc., Englewood Cliffs, N.J., which raised capital recently and is now in the midst of a bank acquisition.

“Just ask Frank, a lot of us pushed back,” said Schutz.

Sorrentino noted that investors he and his team encountered early on when the bank went on a “confidential road show”—an option made possible under the JOBS Act—gave him considerable criticism. In the end this was very helpful, but the bank had to make many changes and rethink key elements of its plan in the wake of those meetings. An early criticism was that ConnectOne appeared to be attempting to raise more capital than it needed.

Going public may not be the route

Indeed, speaking generally, Schutz said that it is surprising how often banks seeking capital or seeking to take their bank public in the process of raising capital appear to lack a well-thought-out plan. Schutz said some would-be public companies’ managers and boards have given little thought about the implications of such a move. For some reason or other, they have decided they like the idea of going public, and proceed on that fuzzy initiative.

Frequently, institutions that have thought through going public want to do so to increase the liquidity of their shares, but panelists said appealing to investors requires something more.

“It’s not necessarily a slam dunk that going public is a path to more liquidity,” warned Clarence Lee, managing director at Commerce Street Holdings, Dallas, Texas. He advised bankers to concentrate more effort on providing a return for shareholders. The bank that delivers for its shareholders, he said, will find that liquidity takes care of itself.

Similarly, Siegel warned that banks that hope to drive up the price of their shares by going public may be disappointed.

“Larger banks almost always trade at a higher price to book than do smaller banks,” he said. He added that some community banks make their own markets, remaining private, and find that liquidity isn’t a problem.

Siegel added that bankers must consider whether “an institutional investor will be aligned with your goals.”

Be prepared to change some stripes

Nevertheless, a bank may decide it wishes to go public, as Sorrentino’s institution did, and it has to be prepared to make significant changes in some cases. At ConnectOne, for example, the bank found it had to take steps to achieve a comfort zone for institutional investors. One such move was changing audit firms to one that professional investors preferred.

Key players may turn the tide on a decision, or at least help, simply by being part of the equation.

Mendon Capital’s Schutz pointed out that when he and Sorrentino first met, he knew little about the banker other than what he’d seen on television. Sorrentino maintains a high public profile, frequently appearing on financial programs, blogging, and even tweeting.

However, Schutz knew Sorrentino’s CFO’s reputation, and “there was an immediate comfort level. I knew he was good at his job.”

Is there another route?

Commerce Street’s Clarence Lee said a good means of preparing for the feel of going public is passing the $1 billion-assets mark. Regulators begin looking differently at a bank when it grows past that point, and that can help management prepare for the scrutiny of institutional investors.

He also said that not every bank that goes public need go about it the traditional way. He suggested looking for “an underutilized public platform.”

Lee spoke of a “rescue CEO,” brought in to clean up a $500 million-assets bank that wished to go public. This CEO was capital of running much larger institutions. A $2 billion public thrift institution needed a CEO, and merging the two organizations gave the owners of the bank the advantages of being public without the angst of conversion, and gave the thrift’s owners a capable leader.