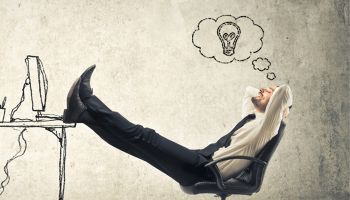 March is National Ideas Month. Hey, whose bright idea was that?

Here’s an intriguing idea: Think of creativity as a muscle. If you don’t use it, you stand to lose it. You can expand it, the same as any other muscle.

You just have to know how.

As a ghostwriter specializing in the financial services industry, I define creativity as “the ability to develop great ideas while under pressure.”

More important, how can you increase the power of your creativity muscle and develop great ideas, no matter how much pressure you face?

1. Ask yourself, “What’s the most dangerous, expensive, and life-threatening way to solve this problem?”

We usually look to solve problems the same way every time, with the resources we have at hand. This doesn’t exactly translate into breathtaking creativity.

So imagine that you had no limits—legal, moral, financial, whatever.

You could do literally anything to solve the problem. The way-out ideas you develop may not be practical … but they’ll lead you to a new way of thinking about your problem.

And then you can find a non-life-threatening, legal way to solve it!

We live in a world of constant, thin-sliced demands.

Your smartphone going off.

People waiting for you to say something.

What do you about those things?

Lock yourself in your car in the parking lot. Hide in a bathroom stall. Go somewhere where no one would ever look for you.

Get your brain back.

Allow the creative part of your brain to resume its functions, which is all but impossible when you’re responding to endless external stimuli.

The best ideas often come when you run from your responsibilities, so start running!

Go somewhere where you can be undisturbed, bring a yellow pad and a pen, turn off your phone, and sit there until you come up with not just one answer to a problem but 20 ideas.

This requires discipline, because most of us are so happy when we have one answer to a problem that we want to move to the next agenda item on our list. Ignore that tendency and instead remain stationary until you’ve come up with no less than 20 ideas to solve a given problem.

Not every idea you invent will be a great one, but that’s okay. It may be idea #17 or #18 that’s truly brilliant, but you’d never get there if you ran back to your desk after you came up with 1 or 2 or even 5 ideas.

If you do this daily, you’ll develop 100 new ideas a week, 400 a month, almost 5,000 a year. Imagine how strong your idea muscle would be if you followed this one tip!

Cardiologists recommend to heart patients that they visit nature, go to a museum, or attend a classical concert.

Why?  It slows down their pace and allows them to appreciate beauty instead of seeing life as a constant battle.

So take a major step away, even for a couple of hours, from whatever battles you’re facing, contemplate the greatness of the human spirit or the wonder of nature, and reawaken the creative energy that our fight-minded world suppresses.

And see what fabulous ideas arrive in your brain, your reward for appreciating beauty and slowing down.

Originality is important. But surprisingly it’s not vital to creative success.

Often, the most creative people take an existing idea and tweak it into something innovative.

Everybody was satisfied with a Walkman until Steve Jobs insisted that his team create a device, the iPod, that carried 1,000 songs, not just a dozen.

Jay Sarno ushered in the Las Vegas mega-casino era in the late 1960s. But it took geniuses like Steve Wynn to perfect the model.

The lesson: Incremental progress can still be game-changing. What can you improve on in your world?

6. Start at the bottom of search results, not the top.

Often, there are great ideas, products, processes, and innovations whose creators are lousy marketers.

As a result, these concepts turn up on the last pages of Google searches, not at the top.

So Google your problem—but start with the bottom of the search results, where no one ever goes.

No one but you.

People who study these things (nice work if you can get it!) have identified the dream-state when we’re half awake and half unconscious as a time when we are most in touch with our creativity. It’s amazing how many good ideas come to you when you’re wrestling with the snooze button.

Once you have an idea, write it down. Because the worst feeling in the world is knowing that you had an idea … but you just can’t remember what the heck it might have been.

Albert Einstein took a job in the Swiss Patent Office because he knew he could get the work done in a few hours a day and have the rest of the time to hang around and think about physics.

In today’s world, Google, 3M, and a few other innovative companies encourage their employees to invent their own projects and explore their own ideas.

If you can’t get your employer to do the same thing, maybe get your work done early. And then come up with something truly brilliant in your newly created downtime.

Hey, it worked for Einstein, right?

So there you have it—8 ways to generate great ideas under pressure. Where’s your next big idea coming from?  From your mind at peace—that’s where! 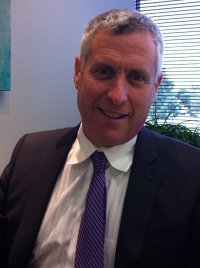 More in this category: « Words are more than words Compliance challenges—why go it alone? »
back to top