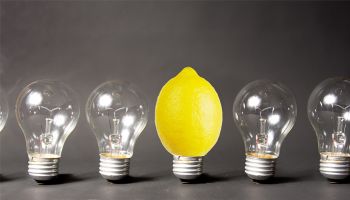 One of the key exposures that regulators and other experts identify in banking is reputation risk. The sources of this risk factor vary, but in the end, it is generally a self-inflicted wound that winds up in the news.

Several articles have appeared in the press these last few days that cast serious doubt on the common sense and personal integrity of the participants in the news stories. One of the stories involved a bank—but any of them might have occurred almost anywhere.

In the common sense arena, there was the example reported in the Albuquerque Journal of a $2.7 million punitive damages award against a major mortgage lender. A borrower had taken out a home loan with this institution several years ago and with it purchased an accidental death policy. The borrower died in 2010 in a work-related accident, yet the lender ended up foreclosing on the property. Say that again?

The insurance company made payment to the lender, as loss payee, in the amount of $133,559, which the lender applied to late fees, delinquent payments, 18 property “inspections,” and attorneys’ fees, leaving a deficiency balance owed by the deceased’s estate of $4,400. A spokesman for the company was quoted by the paper as saying that the borrower’s heirs failed to keep up the payments on the mortgage and so the lender believed it was entitled to fees, penalties, and past-due interest.

The district court judge disagreed and described the lender’s actions as “highly reprehensible.”  In addition to the punitive damages the court also awarded the heirs $390,000 in legal fees, $50,000 in costs, and more than $15,000 under New Mexico’s Unfair Trade and Practices Act.

I don’t give the name of the institution here because that clouds the issue. Many big creditors have made such errors in judgment (and being small is no exemption from such mistakes). Why does this happen? Lack of internal controls, lack of judgment in the front lines, lack of accountability, lack of knowing right from wrong, in a commons sense vein, perhaps.  Often, such behavior has nothing to do with the “tone from the top,” as uttered. But that’s no excuse for management not being aware of what’s going on, and managing it better.

Regulators have been stressing very recently that no bank can outsource its responsibilities and compliance obligations when using third-party providers. Moreso, then, banks can’t avoid the implications of behavior in their own organizations, no matter how far away from headquarters, both geographically and hierarchically.

Judgment must apply in all spheres

In the personal integrity sense, two stories stood out during the week. One involved the court martial of an Army brigadier general accused of sexually harassing a subordinate. The case has been highly unusual in the sense of the high rank of the accused and an arranged plea bargain involving a lesser consequence than if the general were found guilty of the original list of charges. Many observers, myself included, feel that the behaviors as portrayed in the highly publicized trial are an embarrassment to the reputation and the good order of the military services.

One incident in particular that came out at trial was that of a skit put on by several guests (and subordinates) at the general’s going-away party. The antics were described variously as lewd and “raunchy.”

I suppose many of us have at one time or another witnessed personal behaviors that were less than decorous, fueled by the excessive consumption of alcohol. But a general officer’s alleged peccadilloes with a subordinate providing entertainment for the guests who were all active-duty army officers suggests that something went seriously off the rails at that party.

The second reported personal integrity lapse involved several officers, including two very senior ones, of the Dewey & LeBoeuf LLP law firm. They are accused in federal court in N.Y. of having cooked the firm’s books. The government alleges that, beginning in 2008, the defendants acted to shield the firm’s creditors, actual and prospective, from knowledge of a severe cash crunch beginning in 2008 and continuing until the firm declared bankruptcy in 2012.

What makes this case of particular interest to bankers is that the government’s case rests in part on a series of email messages between and among the defendants that on their face seem to confirm the government’s allegations.

Anyone involved in litigation between a bank and a borrower has probably lived through such an experience, where emails are admitted into evidence and damaged the credibility or motives of the author either factually or by insinuation.

One such exchange within the law firm reflects the then-CFO writing to a colleague, “Can you find another clueless auditor for next year?”  The response by the recipient was: “That’s the plan. Worked perfect this year.”  There were several other examples with the same degree of apparent incrimination.

The matter remains at trial, but to the outsider, these emails appear to be a clear trail of conspiracy and fraud. And yet these same lawyers have undoubtedly advised clients over the years of how damaging a trail of emails may be even under innocent circumstances.

These situations have a common thread apart from misbehaviors in the workplace. Each shows an egregious lapse of personal judgment on the part of the participants. Anyone who participates in any part of a firm’s or an institution’s reputation shares responsibility for the outcomes, good or ill.

The question to ponder is how to prevent colossal lapses of judgment and propriety from occurring in the first place. The ultimate causes, one way or another, lie in the culture of the organization. Isolating and insulating these and similar events from metastasizing into something much worse for the firm, is a huge challenge.

The solutions are probably quite basic. But they require a certain “tone from the top” and an intolerance of shoddy and inappropriate behaviors. How does one institutionalize better behaviors? How does one take ownership and go about fixing them?

More in this category: « 5 fundamentals to help your community bank survive Talent pools you’re missing »
back to top