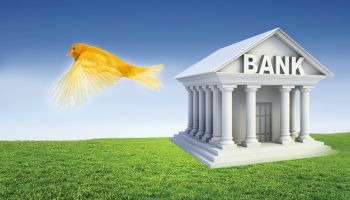 Succession isn’t only about retirement, incapacity, or death. And in the absence of communication, people can imagine the wrong message all on their own. Let’s consider the story of Ferdinand, who you might call “The Accidental CFO.”

Coming in for a cleanup

Ferdinand’s audit client, Eleventh Community Bank (the names are fictitious; the story is not), was in serious trouble.

The bank’s antiquated financial systems had allowed a major fraud to take place and they were no match for new regulatory requirements. There was only one thing to do. Ferdinand convinced his partners to let him take temporary leave from their public accounting practice and step into Eleventh as CFO—not interim, not acting— but CFO, with the power to fix things.

His mandate was to stay until the job was finished. Finally, after almost three years of slogging, Eleventh entered the 21st century. The systems Ferdinand installed passed the user and regulatory tests with flying colors. Eleventh Community Bank was now positioned to seek significant growth.

Getting smacked for doing good

Internally, what was coming next was no secret.

Ferdinand had fulfilled his mission. So he was returning to public accounting.

However, externally, his leaving was seen as a sign of impending trouble.

The unexpected departure of a bank CFO may be the equivalent of “a canary in a coal mine,” for some analysts and investors. A century ago, coal miners brought in canaries to serve as an early warning sign of poisonous mine gas. Similarly, the departure of a CFO raises questions of “What does he know?” and “Is he getting out before something bad happens?”

The regulators and financial press were all over Ferdinand’s departure.

The importance of the CFO’s role to the external audience underlines the value of a robust succession plan.

Right way to replace a CFO

A CFO who has been in position for several years grows into the job and becomes very efficient. As a result, it may take more than one new person to fill those shoes.

The succession process, when started two to four years out, should include:

1. Job analysis. Frequently there are several ways to reorganize the work and responsibilities. Analysis should incorporate the impact of future requirements. For example, is the bank’s strategy changing from riding out regulatory scrutiny to becoming an aggressive acquirer of other institutions?

2. Individual assessment. An evidence-based assessment of individual strengths and weaknesses identifies successors and developmental needs. From this analysis, detailed learning plans can be prepared. Communication with successors is critical. We want to motivate people to learn and grow—but we don’t want to create feelings of entitlement.

4. Document, communicate, and keep updating the plan. Communications are key. Effective succession planning is a powerful way to engage and retain employees. Don’t keep it a secret!

Ferdinand had been highly task oriented. He focused on doing a great job and then getting back to his practice.

As succession had not been a priority, Ferdinand’s departure forced the bank to go outside to replace him.

This did little to calm the nerves of the regulators or investors. It took another six months for his replacement to rebuild external relationships and restore confidence.

The cost of lost trust is incalculable.