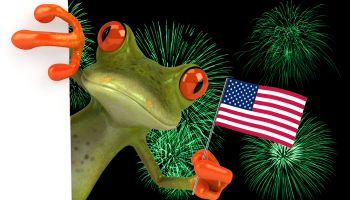 Of all the issues discussed at the recent community bank board meetings I have attended, the most widely debated is whether the bank should remain independent, buy another bank, or sell the bank.

This buy, sell, or remain independent question really involves the establishment of a strategy.

And not all of the three strategies are inconsistent with one another.

For example, it is certainly consistent to remain independent, yet acquire another bank.

On the other hand, it is certainly not consistent to strategically determine to remain independent and then proactively engage in the marketing process to sell your bank.

In my last two blogs, I discussed “buy-side” (“Time to acquire?”) and “sell-side” (“Time to sell?”) considerations that each community bank board should address if it decides to act as a buyer or seller in the current mergers and acquisitions market.

Because remaining independent is equally as strategic as buying or selling, this blog sets forth a few issues the board should consider in connection with maintaining independence.

As mentioned in previous blogs, the fundamental focus for a community bank board contemplating the future is which alternative is in the best interest of shareholders. Within that framework, the first issue the board should address is whether the bank’s long-term strategy is to remain independent.

This is not a question of whether the bank would ever sell at some price at some point in time.

Rather, it is a question of whether the board should be proactively seeking out a purchaser for the bank right now. Some banks strategically assess themselves in the environment and determine they desire to remain independent for the next ten years. A few years down the road, however, the bank winds up selling at a premium.

Independence is ultimately an issue of purpose, rather than results.

The reality is a bank that is actively pursuing independence will likely become an attractive acquisition target. As such, even if the board determines to remain independent, it cannot do so in a vacuum.

At best, the bank’s strategy can be to remain independent subject to the receipt of an unsolicited offer.

If that is the strategy, then there are four steps the board needs to take in order to achieve its goals.

1. The board must plan for independence or it will not happen.

In today’s environment, independence is not achieved passively. Action is a must.

Many bankers throw around the term “independence” as if it were a condition. The reality is many institutions are simply biding their time with no real plan. Truly remaining independent requires a strategic determination at some type of planning session for the community bank.

This determination must then flow down to the management level for execution.

2. The board must direct that the bank be organized in the appropriate structure.

For most community banks, that means a bank holding company structure. The reason that this is the case is a blog in and of itself.

But for now suffice it to say that the capital planning flexibility and shareholder liquidity benefits are significant for most institutions.

From a tax standpoint, getting into the right structure may also involve converting the bank to a Subchapter S organization. If long-term independence is a goal, then, typically, Subchapter S is the best strategy because the Subchapter S can operate as a cash cow and it ensures the shareholder base stays at a “manageable” level.

I am not talking about bolstered profitability through investment sales and expense provision reductions. This is core, sustainable, long-term profitability.

The board needs to address the fundamental “secret” of the way banks make money: revenue minus expenses equals profit.

For good reason, increasing revenue at most institutions means focusing on top-line revenue growth, typically through loan interest and fees.

However, addressing and sustaining long-term profitability also means deciding what the bank should stop doing. That may mean eliminating unprofitable lines of business, such as a small trust department. Or it may mean making hard decisions related to staffing and borderline or unprofitable branches.

4. Stop listening to the experts.

There are a number of “experts” and “pundits” contending that a community bank cannot survive unless it is a certain asset size. After listening to enough of these folks, I finally concluded that the asset size a community needs to be according to these pundits is approximately twice the size that it is now.

The issue is not one of size—it is one of profitability.

Does size matter? Of course it does.

However, there is room in the future of community banking for banks of all sizes. Because of that, independence for any bank is certainly a viable strategy provided the bank has dealt with all of the pertinent issues, which, in addition to the above, include management succession, board succession, and ownership succession for those community bank holding companies that are closely held.

Sitting still no longer an option

In today’s mergers and acquisitions environment, remaining independent is as active a strategy as buying another institution or selling your own.

Keeping the issues discussed in this blog in mind will help your bank maintain its independence now and ten years down the road.

Next: What's a good price?

More in this category: « Time to sell? What’s a good price? »
back to top