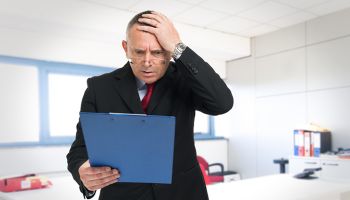 Nathan Stovall is a senior editor and columnist with SNL Financial. The views and opinions expressed are his and do not necessarily represent the views of SNL.

Presenters at the SNL Bank M&A Symposium on Oct. 6 and Oct. 7 delivered that message and said changes in the rate environment likely would lead to runoff in the targets' deposit bases and at least change the cost of their funding. They further cautioned that an increase in rates could challenge the expected dilution arising from the deal.

"I think we have the double whammy in terms of where we are with rates and where we are from a liquidity perspective," Scott Hildenbrand, managing director and chief balance sheet strategist at Sandler O'Neill, said at the SNL event.

Some advisers said that acquirers have changed their deal assumptions or in some cases, even included floors on tangible book value in the transaction's structure to protect against rising interest rates.

When rates rise, many bonds that banks own will come under pressure and possibly move underwater. Changes in the value of bonds held in institutions' available-for-sale securities portfolios, which still comprise the majority of their bond books, will impact tangible book value and perhaps notably. Some buyers are trying to protect themselves against that possibility, they said.

Rick Childs, director, financial institutions group at Crowe Horwath, said acquirers should conduct a rate shock on sellers' balance sheets if they can gather enough information during the due diligence process to run an appropriate analysis. He said buyers sometimes do not have enough excess staff to run that process during due diligence and still thoroughly comb through the seller's loan portfolio. In those cases, he suggested that acquirers begin working with sellers as soon as they ink a transaction to get a sense of what rate risk could lie ahead.

"Where it is possible, where we have the capacity doing it as a buyer, I love doing it. It just hasn't always been the case," Childs said. [Banking Exchange Editor’s Note: For more about due diligence, see blogger Jeff Gerrish’s current M&A series.]

Hildenbrand said that acquirers are beginning to work with sellers earlier in the process to the extent they can to match their interest rate risk and deposit pricing assumptions. He said buyers must understand changes in interest rates and how they impact the institutions' pro forma EPS and tangible book value and cautioned that sometimes those items do not move in concert.

"I would hate a bank to do a deal and give an expectation for how long they think it will take to earn back the tangible book value dilution and then all of the sudden we have the 10-year Treasury move 100 basis points higher and we see immediate dilution to tangible book value," Hildenbrand said. "That's horrible, but it is GAAP accounting and something that needs to be considered when thinking about strategies or ideas."

Bankers and advisers on the conference circuit have agreed that increases in rates will at least spur changes in the composition of banks' deposits and lead to higher costs and almost certainly would put institutions' sizable securities portfolios under pressure. Given the uncertainty over the direction of interest rates, bankers and advisers have suggested modeling a variety of different changes in the deposit business when the rate cycle ultimately turns.

Some banks are taking action now and everyone wants to build and retain demand deposits. There seems to be consensus that those accounts will carry the greatest value, prove the lowest cost and remain the stickiest through the rate cycle. However, in conversations with bankers and advisers, there continues to be varying viewpoints on what value bank buyers should prove on other forms of funding.

Hildenbrand said that acquirers historically would get rid of all the wholesale funding they purchased in a deal. But, with the possibility of higher rates coming in the future, Hildenbrand noted that wholesale funding could possibly serve as an attractive long-term fixed-rate source of liquidity to the buyer.

"Because what we're all a little nervous about and what we don't really know the answers to is at some point if deposits start to leave our industry a little bit, leave our bank, it would be nice to know that I have a little bit cheaper funding on my books," Hildenbrand said.

Some bias against wholesale funding

Some bankers are still holding onto the old adage and don't see much value in wholesale funding. Christopher Wolking, senior executive vice president and CFO at Old National Bancorp, which has announced six whole bank deals since 2010, said that he quickly works to mark both the target's bond portfolio and its wholesale funding and move them both off his company's books after a deal closes.

"I'm not in the mood to pay a multiple for a bond portfolio or wholesale funding. I can do that on my own," Wolking said. "Generally speaking wholesale funding and securities are not something I'm acquiring."

Whether a bank places value on wholesale funding or not, Hildenbrand warned that banks should not just assume that all their deposits will hold at current prices and balances. He said the growth in money market accounts over the last five years in particular makes him nervous and advised against any bank making decisions with the belief that those deposit balances will hold through a rising rate environment.

"I just think they need to run some what-if scenarios because you're not going to nail it and get it right. But, I would rather run a couple of iterations and say this could be the worst case and we still feel okay with the margin," Hildenbrand said.

Wolking said that Old National assumes a fairly conservative amount of deposits at the target institution will runoff as a result of deal, usually in the range of 20% to 25%. He further said that the company assumes that its transaction accounts will be impacted "lock step" with an increase in short-term rates. Those assumptions account for the unprecedented increase in liquidity that the industry has enjoyed as well as the fundamental change in the company's balance sheet composition, he said.

Can you hope to beat the curve?

Still, Wolking said that banks should be careful about trying to get out ahead of changes in interest rates and make bets that they can predict how the business will change when the cycle turns.

"If you think you're going to get ahead of the yield curve, you're probably going to be wrong. If you're priced up a large percentage of your deposits in anticipation of rising rates, it's already there so you might as well run the risk of losing some deposits and just reprice with the market's expectation," Wolking said. "I've personally never won that battle and always regret it when I do it."