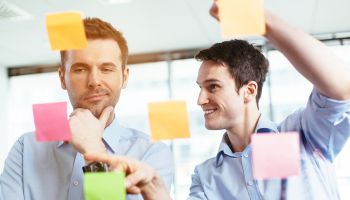 The largest bank failure in 2014 to date will more than double the size of a smaller buyer hundreds of miles away.

Dallas-based State Bank of Texas had $376.3 million in assets at Sept. 30; on Oct. 24 the bank purchased the deposits and about $626.1 million of the assets of failed National Republic Bank of Chicago.

Rising in ranks of Indian-American banks

Almost overnight, State Bank became one of the largest Indian-American owned banks in the U.S. Hundreds of miles stand between the buyer and target footprints, but State Bank Chairman, President, and CEO Chan Patel said he is confident his bank can avoid the same mistakes that led to National Republic's failure.

Many State Bank employees are of Indian descent, which helps attract customers with a similar background. This shared common bond led to easy communication and minimal losses, Patel told SNL. National Republic is State Bank's second FDIC-assisted transaction, and the first since 2009. Despite the size and geographic disparity, he said State Bank was interested in National Republic because both are owned by Indians and served hoteliers in the Midwest and East Coast. Some customers even overlapped between the two banks. [Editor’s note: Read a fascinating item on State Bank’s website concerning the “Patel Hotel Phenomenon.”

Synopsis of a failure

When regulators closed National Republic, it was the 16th FDIC-insured institution to fail in the U.S. in 2014 and the fifth in Illinois.

When a bank is slated for failure due to financial deterioration, its primary regulator informs FDIC that its charter is about to be revoked. FDIC then begins the process of finding another institution to take over the assets and liabilities by providing limited information to institutions that have expressed an interest in acquisitions, said FDIC representative LaJuan Williams-Young. After the initial solicitation, FDIC shares enough information to conduct due diligence while excluding identifying material.

Both regulators approve the potential acquirers as a bidder for the failed bank assets and liabilities, Williams-Young said. The approved banks then put forth a bid for FDIC to evaluate.

State Bank's management team had to decide how they will run the Chicago locations and address the size disparity between the two institutions. The fact that the purchase-and-assumption agreement includes the performing loans made the deal more palatable for Patel, who added that the size difference was a "major concern" for its own regulator.

The SBT Bancshares Inc. unit even offered to raise additional capital, despite a Tier 1 risk-based ratio of 30.07% as of Sept. 30. State Bank's metrics stand in stark contrast to those of troubled National Republic: The buyer had a 6.45% return on average assets in the third quarter, a Tier 1 leverage ratio of 25.26% and an efficiency ratio of 15.51%.

“We did a lot of convincing to the regulators before they would permit us to bid, but we were successful," Patel said. "Given that we acquired the performing assets, they are very happy."

Patel chalked up National Republic's problems to its management team, which he said made mistakes in underwriting. During due diligence, Patel's team discovered credits that they "wouldn't touch." Williams-Young said the primary regulator of the acquiring institution must also approve bids presented by FDIC, indicating the bidders are fit and the regulators have done due diligence on the companies. FDIC considers the bids against the cost of liquidating the bank and selects the one it deems least costly.

The P&A agreement that State Bank entered into covered all of the deposits of National Republic and about $626.1 million of its assets. The buyer will retain National Republic's existing employees and send executives to work out the kinks that come with new ownership.

The acquisition pushes State Bank to just over $1 billion in assets, making it the largest Indian-American bank in the U.S., according to a company release. FDIC will retain the remaining assets for later disposition and estimated that the cost to the insurance fund would be $111.6 million. 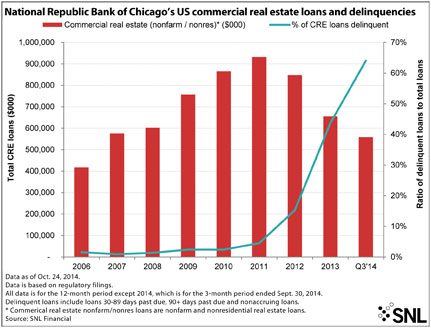