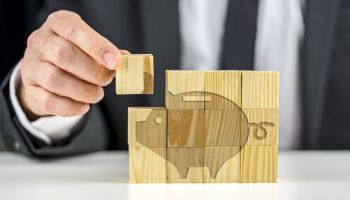 For this blog, I thought I would take a break from the M&A discussion over the last several weeks and address an issue that recently hit home with me: bank structure.

I spent half a day last week conducting a workshop for community bankers in the 12th Federal Reserve District. Of the 55 community banks represented, nearly all were under $500 million in total assets;, slightly under half (27 out of the 55) were not in a bank holding company structure; and approximately two-thirds were SEC reporting. The two latter facts struck me as very odd.

Normally, when I have the opportunity to make a presentation to a group like that, I conduct some research on each of the attendees to determine whether they are in a holding company structure, publicly traded, mutually owned, etc., so I can tailor the discussion toward the interests of the participants.

As I reviewed the data for this particular presentation, I was surprised by what I already knew: the “investment bankers” have gotten hold of the community bankers out West. Hence, the disproportionate number of small public companies.

With that context in mind, the first purpose of this blog is to suggest that community banks review their structure.

Approximately 72% of the banks in the nation are in a holding company structure—and for good reason.

The holding company provides the bank and holding company significant advantages. Among them are flexibility in capital formation and use; creating share liquidity (i.e. redemptions without approval); and facilitating acquisitions.

(Note that in a recent speech, one of the Federal Reserve Board governors said that the $500 million threshold may eventually be increased to $1 billion, which would include 89% of the banks in the United States.)

As noted above, the holding company structure also aids in shareholder liquidity. That’s because the holding company can redeem shares pretty much at its leisure (i.e., without approval of the Federal Reserve), provided it is well-capitalized and well-managed (“2” on management in the CAMELS rating).

This is far different from redeeming shares at the bank level for a bank without a holding company. In those cases both shareholder approval and regulatory approval are required. Such regulatory approval includes that of FDIC, even if the bank is not directly regulated by FDIC, because the repurchase is considered to be a reduction of capital requiring FDIC approval. A lot of hoops to jump through!

Do you really need to be a public company?

The second purpose of this blog is to encourage community banks to assess their public reporting status.

As I mentioned above, the percentage of small publicly reporting banks/bank holding companies at the recent workshop group was astounding.

The normal benefit of SEC reporting is that the bank holding company has access to the public capital markets and the company’s shares have market liquidity. In other words, the company can easily and quickly raise capital, and the company’s shareholders can sell a share or a lot of shares at a fair price through the marketplace at any time they desire.

Most of these small bank holding companies under approximately $1 billion, however, have neither benefit—no access to the public capital markets and no market liquidity for the shares. The only thing most of these companies have is a minimum expense of couple hundred thousand dollars for the “privilege” of remaining a “public” company.

Maybe they are very fond of  their lawyers and accountants and want to pay them significant fees for no benefit. Otherwise, then I suggest that small, SEC reporting companies analyze and determine their long-term vision.

If the long-term vision is to be a big SEC reporting company with lots of shareholders, no control over its shareholder base, and a listing on one of the public exchanges, then the company should keep its public status.

If the vision is to be a small bank holding company continuing to serve the community with a shareholder base that it knows and can partially control, then the company should go private, which simply means eliminating publicly reporting requirements.

For those organizations with fewer than 1,200 shareholders after the JOBS Act, going private simply requires filing a Form 15. Depending on how the company became an SEC reporting entity, such a filing will either suspend SEC reporting until the company’s number of shareholders increases to more than 1,200, or it will terminate reporting requirements outright. [Editor’s Note: See the recent update on deregistrations published by SNL Financial, “Bank deregistrations remain slow after initial JOBS Act boom.”]

Look at your structure and your ownership. Don’t simply remain in the structure that your neighbor community bank is in or the one that you were advised to be in when the bank was formed however many years ago. Evaluate the structure and make appropriate decisions based on the long-term strategic vision for the company.

More in this category: « In M&A, communication reigns Family banks pose special challenges »
back to top