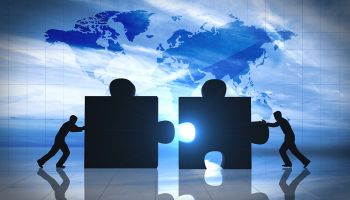 If he had to summarize his advice into one sentence, Dan Schatt would tell this to banks looking at the world of disruptive competition: “Replace your concept of a product function with a platform function”—the entire bank as a platform for other providers’ products as well as some of its own, rather than solely its own.

Is that really so foreign an idea? After all, most supermarkets don’t actually manufacture everything they sell. Their advantages are selection and service.

Schatt served as PayPal’s general manager of financial innovations from 2007 to 2013, and more recently wrote Virtual Banking: A Guide To Innovation And Partnering. [Read a review by banker Jane Haskin.] In the book, he wrote:

“If you really peeled back the onion a few layers, what you would find is that co-opetition does exist for banks to partner with nontraditional players. Many of the new partnerships forming are blueprints that give a glimpse into future financial services innovation and some really compelling customer experiences to come. You just wouldn’t know it from the media hype that loves drama!” 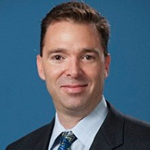 Indeed, the foreword to Schatt’s book is written by Renaud Laplanche, co-founder and CEO of Lending Club, where “we made the decision to partner and work with banks rather than viewing them as competition.” (Lending Club itself recently made an arrangement to work with banks through BancAlliance.) In an interview, Schatt says he sees Lending Club as a strong example of a transparent market for lenders and borrowers.

Many years ago, credit partnerships existed in banking through correspondent banking relationships and similar programs, but in recent years many bankers have come to see the competition as the enemy. In an interview, Schatt had advice for bankers. First, he urged a fresh look at today’s reality. Second, he suggested ways to intelligently partner for continued success and survival.

Innovation enjoys almost a mystical quality today. But Schatt says that at the end of the day, most financial innovation is iterative, a small change in approach or functionality built on earlier work.

“Form factors continue to change,” explains Schatt, “but there are not such monumental differences in the way consumers behave.”

This makes innovation, and partnering with those accomplishing it, feel a bit more approachable.

Schatt resists the image played up of new players running rings around traditional banks. “Innovation often comes from successful players,” says Schatt. “Banks innovate just as much as private developers do, in my opinion.”

Still, he says, “How you distribute financial services is changing significantly.” “You have to continually position your bank in creative ways.” Schatt agrees with those who say that the closer a bank’s offerings can be brought to the point of need, the better—a common example is to offer a car loan over a mobile device when a customer walks into a dealership.

But what do banks bring to the table? Often, they are decathletes—who excel at being good at the ten sports of the decathlon. In track and field, a specialist may far outperform the decathlete in any one event.

Let’s be more brutal. Schatt says that banks excel at gathering data, and they grow better and better at managing and using data. And banks, by culture and regulation, stress over the privacy of that data. However, he warns, they cannot ever behave as if holding the data means the they own it.

“It’s not the bank’s information, it’s the customer’s information,” says Schatt. The customer can share it with whomever they like. But what the bank enjoys, while it can hold it, is the customer relationship, and this is what makes partnership between banks and providers today so attractive to Schatt.

In a wide-ranging interview, based on his research and his own work developing partnerships with banks, Schatt spoke of things to consider, and things to “get over”:

1. Not invented here. “Even Twitter was not something that was original,” says Schatt. It had its roots in a messaging system for bicycle couriers. Schatt’s point is that every startup is building on the work of those who came earlier.

2. Nothing is sacred. Schatt believes banks should stand ready to turn over any function—even lending—to outside parties who can do a better job while passing regulatory muster should opportunities present themselves. “What’s really left for the bank is the relationship with the customers,” says Schatt.

Those who will not learn this lesson, who insist on doing something because its always been done in-house, may pay the penalty of immobility.

“They likely will be eclipsed by people who are nimbler,” says Schatt.

3. When appropriate, think small. Schatt says the time has never been better for community banks and midsized banks to be able to compete with larger banks and other players. Partnering will help with that, but you have to choose your partners carefully. Many smaller institutions have complained for years that large vendors render service on their schedules, not the bank’s.  Schatt says partnering with smaller companies developing new approaches will pair like with like.

4. Decide what’s on your “sticker.” Elaborating on the issue of “owning” the customer, Schatt suggests that banks must rethink where they fit in. He points to the labels that say “Intel inside” and the more recent trend to label items both physical and virtual as “Powered by...” Companies that put what they are best at into a larger “thing” have recognized where they excel, says Schatt, and “they are not looking to own the customer in the same way they used to.”

5. Don’t miss one of your best sources of customer research. Bank management receives many kinds of input. One of the most direct works on your front lines.

“Often those who are closest to the day-to-day needs of the customers are also the lowest people on your bank’s totem pole,” says Schatt. “As you rise in the ranks, you are just not as close to what’s happening on the ground.”

6. When you negotiate, remember you want to collaborate. Ideally, the partnerships your bank forges will be long-running ones where both parties work closely. “So, work as directly as you can, rather than through lawyers,” suggests Schatt.