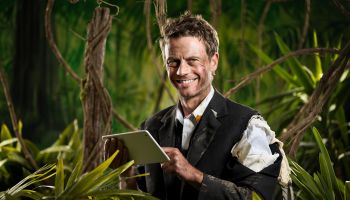 Perhaps many bankers have aspired to the top job in their banks. But I wonder how many have puzzled over the skills to remain there.

Getting to the top and staying at the top: Two activities that share many common skills—though not necessarily a perfect overlap. Ask any battle-scarred veteran and you’ll get a list of ingredients. Here are mine, augmented by input from a banker-turned-consultant to the community banking segment of our industry.

You don’t learn this stuff at banking school

These are not skills or experiences one acquires out of a book.

They are a combination of natural talents and a suite of skills acquired and cultivated over time. If you aspire to the top, you’ll need to be working on most of them for some time before you land the job. Fortunately, they will serve you well from your first day as CEO until you’re eligible for the gold watch.

Recall my “getting there” list from last week in “Getting to the top.” It includes significant components of product knowledge, strong work ethic, good people skills, an understanding of how the bank works … and a healthy curiosity.

Good people skills—listening prime among them—are a given.

Anyone who likes lending and is doing well as a lender has the people skills. Absent those, the job would be very difficult, if not downright unpleasant.

My own list of “staying there” skills includes all the items necessary to get there. One issue, though, could be, “How do you acquire the process knowledge skills?”

Fortunately, there are day-to-day opportunities in a commercial lending job to figure those things out. It also helps to make friends among those in operations.

Operations people can help you enormously as you work through customer issues. It’s literally on-the-job training and should be approached in exactly that way. Often the people who can help you the most may not have high sounding titles and may not be members of the bank’s official staff at all.

Yet I’ve seen many lenders, especially those who have advanced quickly, disdain any involvement with “back office” staff. They want their issues resolved immediately and so often their demeanor is downright disrespectful, whether they overtly try to be or not.

I remember a colleague of some years ago, a 34-year-old VP, being fired over a misstep that would have been overlooked if he hadn’t had a long history of “high-handed” treatment of the back office staff. It was a “gotcha” moment.

Lenders of any age who don’t understand that they earn a large portion of their pay by their ability to get along with people are simply not earning their keep. They also don’t have a clue that banking in its fullest sense is a team effort.

Essential skills of a banking leader

My consultant colleague and I are in agreement that a CEO’s long-term survival skills can be summarized in a short list of things that can also be understood as lifetime work habits.

• Must know how the whole bank as a systemic enterprise works.

• Understand the community that their banks operate within.

• Know their customers and their competition.

And our urgent advice is start now. The more experience you have in some of these skills, the better you’ll be.

By better, let me stress that you’ll be more effective. This is never an exercise in quantitative measurement. It’s not a game of sums. It’s entirely qualitative where the judgments are subjective and they are collective.

The value that you bring to the job will be evident to many, not just a few.

Relationship banking? No, relationships at the bank

My own experience coming into the top job was one of many surprises.

For example, I assumed I’d been hired for my experience as a lender and in particular for my problem asset work experience in Texas and Oklahoma. After all, my new bank was under an administrative agreement for largely asset quality reasons.

Yet a strong component of the agreement was to gain the owners’ and board’s attention to a litany of examiner concerns.

In short, I had to work on healing impaired relationships—board and regulators, board and management, ownership and management. Also, I had a community connection to rebuild. Our community had many concerns about how difficult we’d become to work with as lenders.

It took time. I just listened and listened to a lot of people both within and outside the bank. They wanted to tell their stories. They got my ear,  and finally had their chance.

You might think firings played a big part in change. No. There was no wholesale housecleaning. A few dysfunctional personalities needed a change of employment. But mostly everyone else needed a clean start.

The other part of listening was to act decisively.

Many of the bank’s employees had become seized, up out of fear or uncertainty. They were unsure about what to do. At least, they thought they were unsure. As I listened to them, I realized that they knew what to do. They were laying out their own solutions before my eyes.

All I had to do was to empower them.

Stepping up and steppin’ out

The rest of the job for the next ten years was pretty much as I had imagined it would be. If anything, my principal role evolved into one that was primarily of a communications nature. Experienced bankers generally knew what they had to do. Those with common sense could thrive. Others could be helped to grow.

The bank needed a public spokesperson and I gladly and proudly did that. I was never afraid of the press.

But one reporter crossed the line on what we had carved out of our conversation as off the record. I took care of him by denying any future access.

The rest were honestly trying to do their jobs and some of them finally understood that I wanted to help. With a little attention and respect, the bank got surprisingly good press.

People, you’ve got to know them and they you

We were too big a bank to be a “family” in any real sense—50 branches and 600 people. But we knew each other in a professional way and we were proud of the work we collectively accomplished in returning the bank to profitability.

I remember with a chuckle that the head of human resources at the end of my first week shared an anecdote that was about me. One relatively long-term employee was heard saying, “Ed spoke to me on the elevator.”   That was a rare occurrence before apparently.

That sort of stuff is easy to fix. And come to think of it most everything else is as well, if you are prepared with the right experiences and attitudes. Remember, your preparation for the top job has already begun.

More in this category: « Getting to the top How do your risks stack up? »
back to top