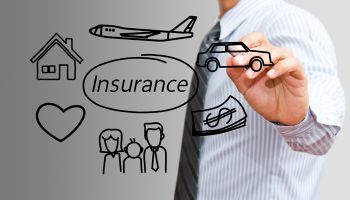 The insurance business is not for everyone, but some community banks are committed to and even looking to expand in the space.

Acquisitions of insurance brokers or agencies by banks and thrifts in 2015 are on pace to significantly exceed 2014's deal numbers.

SNL data shows 14 such acquisitions year-to-date as of April 23. In all of 2014, there were only 19 deals involving bank or thrift acquirers and insurance intermediary targets. A previous SNL analysis found 59 deals of this type per year on average from 2006 through 2008. Of the year-to-date 2015 deals, nine involved acquirers with less than $5 billion in assets.

Bryn Mawr Bank Corp. has done two insurance agency acquisitions in less than seven months, and it is not done yet. The Bryn Mawr, Pa.-based bank acquired a small agency in early April after adding an agency in October 2014 that CFO James Duncan Smith said should bring in $3 million to $4 million in revenue.

Bryn Mawr Bank Corp. will probably continue to add to the insurance business in "small pieces that are digestible," Smith said April 15 at SNL's Community Bankers Conference. He said the bank is still looking for agencies with total revenue in the $4 million to $5 million range.

Buying what you know

Bryn Mawr Bank Corp.'s recent acquisitions did not mark its debut in the insurance space; it already had been in the business with a very small agency for years. Having experience in a particular business line before pursuing an acquisition is important to some members of the investment community. If a bank is not already in the target business, that can be concerning, said Mendon Capital Advisors President and Chief Investment Officer Anton Schutz, who spoke about insurance and other nonbank acquisitions during the conference panel discussion with Smith.

"If you're not in that business yet and you're bringing in something that's not even of scale, then I'm going to worry," said Schutz. There are concerns about being able to retain the management team, among other things. Making a deal work from an operating perspective can be more challenging than the financial aspects.

"As an investor, we want to know that you're doing things that are in your core competency," Schutz said. If a bank branches out from those competencies, he said, "the deal's got to be even better and less dilutive."

Achieving success in a new business line can take time. Jasper, Ind.-based German American Bancorp Inc. has been in the insurance business for about 15 years. The company's property and casualty insurance agency offering mirrors the bank in being heavily commercial, noted Chairman and CEO Mark Schroeder. When German American Bancorp got into the business, its goal was to grow organically and derive about 5% of bottom-line profitability from insurance. It took about 10 years to achieve that goal.

At the recent conference, Schroeder, whose bank provides insurance, investment and trust services, discussed some lessons for community banks that want to diversify.

"It's going to take you a lot longer than you thought," he said.

There are "major cultural and structural differences between what we do in banking and these other lines of business," he said, referring to insurance and brokerage services. There are strengths and challenges on each side.

The banking side of the business is largely salary-based and team-focused, with incentives based more on team performance. The other lines of business are commission-based.

"So it's more of a 'me' focus," Schroeder said. "And I don't say that negatively. Quite honestly, those other lines of business, the insurance line and the brokerage line in particular, have much more accountability."

Presenting your best people, on both sides

German American Bancorp started out by keeping its insurance business separate from the banking side. Getting employees to make referrals from one side of the business to another was more challenging than anticipated. Once the company brought the insurance sales force into the banking operations, the teams got to know and respect each other, and the referral process is now working.

Schroeder emphasized that getting into nonbank lines of businesses is not a "quick fix." German American Bancorp's fourth-quarter 2014 efficiency ratio was about 56%. The efficiency ratio for the nonbank business is more like 75%, which the company is working to improve.

"What it means is that you have to have a much higher revenue base than what you thought going in," Schroeder said.

His advice for banks considering nonbank businesses? "Go in big or stay home," he said.

Read an SNL reprint of this article