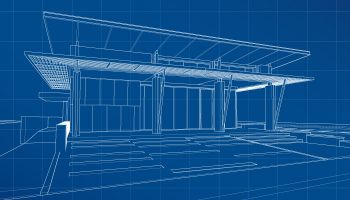 By happy circumstance the other day I was in touch with a colleague of 20-plus years ago whom I’d not seen in the intervening years. He’d rediscovered me through this blog, after his CEO has been featured in another story on the website. We had a great talk, one that got me thinking about how different banking has become over that time.

Banking is a business with a variety of business models spanning geographies, product lines, and an almost infinite variety of potential combinations and specialties. The expression “plain vanilla” just doesn’t fit a large number of banks any more, given the growth and increasing complexity of our business models.

What’s coming next for our business?  What lies just over our horizons that may have the potential to blow up our plans?  Will our decisions on capital investments and the skills we have assembled among our staffs be vindicated or negated?

It’s simply not enough to point to technology to comprehend how our environments have evolved. That will only confuse us further, without some appreciation of the forces that have harnessed technology to produce our current set of realities. The interesting thing to me is that the basic forces propelling our strategies as bankers are largely unchanged over the last hundred years or more.

Getting down to essentials

Banking is a business of scale, period. The economies of scale are on full display and the theory works in practice just as well as it works in the algebraic formulas that populate economic textbooks these days. By increasing our scale and by commanding a larger share of whatever our target markets may be, we reduce unit fixed costs by pushing more “product” through our established infrastructure.

Technology is the great enabler of that effort. Voice, image, and data transmission have overcome the practical limits of geography. Data collection, management and analysis provide real information faster and better than could have been imagined in only the recent past.

The other imperative of scale that’s critical to banks and bank customers is our ability to marshal and deploy capital in the ways and in the amounts necessary to enable the smooth functioning of a modern day economic system. Technology plays an important role here too, with its real contribution producing an infrastructure capable of sustaining the diversity of services and dollar size of loans.

Through technology, we can shave labor costs to improve our productivity. We now use predictive behavioral modeling to reduce credit decision making largely to an impersonally generated index number that we call a credit score.

Where the lender fits in now

The traditional role of the commercial lender is morphing from one of business partner to his or her local commercial borrower to that of gatekeeper to the vault.

It’s becoming a mechanical role now in many banks and no longer a creative sort of relationship of trusted advisor and confidante.

We are watching how quickly alternative ways of interacting with our customers have developed. The term “stranded assets” used to apply to a public utility describing fixed assets for which there is no longer sufficient market demand to service the debt incurred to build it. Now it’s the bankers with stranded assets—largely undepreciated branch facilities that are redundant in the new environment.

The biggest challenges looking ahead for our business models are not of a technological nature in the aggregate.

Rather, I believe they are political.

Our business models were shaped in the 19th century largely by political forces. We were an agrarian country in the process of evolving into an urban society with political stresses and strains revolving around rural distrust of “big city ways.”  This, for example, limited the political acceptability of branch systems well into the latter decades of the 20th century. Florida, one of the most robust consumer markets in the nation, was a unit banking state until 1981.

Not too many years following the end of World War II, the consumer movement gained strength and political muscle. How many of us have struggled under Federal Reserve regulations dealing with Truth in Lending, Equal Credit Opportunity, Fair Credit Reporting and the limitations on how certain classes of credit are administered?  Truth In Lending and ECOA spawned a veritable cottage industry of consultants to banks to help them comply with the growing tangle of requirements.

In 1978 we got the Community Reinvestment Act. That there was some community redlining by mortgage originators is likely. But to justify the scope and extent of the current efforts in dealing with these issues seems more like a solution in search of a problem. Has the cure been worse than the disease?

Banks are regulated business owing primarily to the importance of bank deposits as the primary component of a modern nation’s money supply. Since the 1930s, FDIC has insured a portion of all bank deposits thereby guarantying the federal government a seat at the head of the table in the oversight of banks.

There is also the role of the Congress in establishing public policy by creating obligations for banks in the conduct of their business, especially with individual consumers. CFPB is primarily an expression of public policy involvement by government in our industry’s affairs.

What’s coming?  The next logical step is credit rationing of various sorts. We’re probably seeing some of that beginning with regulatory activity focusing on certain types of lending typically referred to “predatory.”  Whether payday lenders should be able to have a bank deposit account sounds like a remote and far-fetched question, but watch it carefully.

Unhappily, laws and regulations designed to protect various classes of business have produced unanticipated consequences. Heavy-handed interference has resulted in an invasion of non-bank alternatives. These are largely also non-regulated alternatives as well.

All banks and particularly big banks urgently need to clean up their business practices that have been front-page news and have brought our entire industry into disrepute. And we all need to form formal and informal partnerships with the local communities we serve if we are to protect the character and the nature of our industry as we have known it.

Government fiat seldom creates or sustains anything of permanent value.

We should not permit it to try.

More in this category: « Does your help desk meet customer expectations? No app can do what you do—in person »
back to top