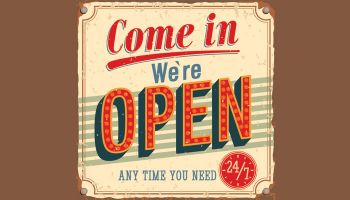 As I travel around the country visiting my community bank clients, I’m regularly asked (by outside directors in particular): “How does the bank holding company facilitate increasing the trading volume for its shares?”

My general answer is “It doesn’t.”

Let me back up a little bit. The real issue is, does the community bank holding company have an obligation to create share liquidity for its shareholders?

In this context, share liquidity is defined as the ability of a shareholder to sell a share or many shares of the holding company at the time he or she desires at a price that is “fair.”

Within this context, the answer to the question of whether the holding company has an obligation to provide share liquidity is “yes.”  It is part and parcel of the directors’ obligation to enhance shareholder value.

According to recent statistics, only 7% of community banks are publicly traded. This means fewer than one in ten community banks in the nation are SEC reporting and presumably listed on some market exchange or at least trading its shares over the counter.

I suggest that even those banks that are “trading” are not really trading. If you look at banks that are listed on any of the OTC markets (OTCQX, OTCQB, or OTCPink), you will find that there is very little actual trading going on.

In reality, for most community banks, there is no public market for their shares. Therefore, it is incumbent upon the board of directors to create that market and provide share liquidity for the shareholders.

After all, what good is it to the shareholders who have held onto an investment for a long period of time if they cannot get out of the investment because there is no one to purchase the shares at a reasonable price?

• If the board wants to be reactive, then, at a minimum, the board should establish a “walk in” policy for share repurchases.

To put it more simply, the holding company’s job is to make a market in its own stock. The board sets the price, the amount of capital it wants to spend on a quarterly basis, and authorizes management to redeem shares as they become available (i.e., when a shareholder walks in the front door seeking to sell its shares).

• The second approach involves the holding company being more proactive with respect to redeeming its outstanding shares.

This seems to be a growing trend these days. The reason for this trend is that the Great Recession has waned in most parts of the country resulting in many community banks being “over capitalized.” (I say “most” out of respect for all of my oil and gas friends in the industry.)

In other words, they have excess capital to allocate.

What to do with spare capital

As we like to say in our firm, you need to provide your shareholders with a return on equity or return of equity.

If an overcapitalized community bank has no other alternative uses for its capital—such as growing the balance sheet, acquiring another bank, acquiring another line of business, such as an insurance agency or trust department, etc.—then the bank should consider returning that capital back to its shareholders. This would be through a dividend in a C corporation, a distribution in an S corporation, or possibly the redemption of shares.

Community banks that find themselves overcapitalized often allocate a certain specific amount of capital to redeem shares. For example, the bank may allocate $2 million of capital to a stock repurchase program in order to consolidate ownership into a more core group. These redemption programs are often targeted at smaller shareholders, out-of-state shareholders, or shareholders who do not do business with the bank.

A board that knows exactly which shareholders it would like to retain can structure a “forced” program requiring certain subgroups of shareholders to sell their shares. Otherwise, these programs are typically “voluntary,” allowing shareholders that meet certain criteria to sell shares if they desire to do so. Which one is better ultimately depends on the goals of the organization.

Whether pursuant to a reactive or proactive plan, the impact of a holding company repurchasing its own shares is generally positive for everyone involved.

• The selling shareholder gets cash out of their investment, pays the taxes, and gets to spend the money as he or she wishes.

That is the definition of “enhancing shareholder value.”

More in this category: « Ignore defeatist talk, community bankers Time for a bank stock loan? »
back to top