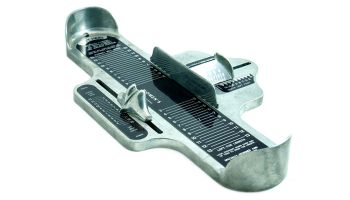 While many bankers believe banks need to reach a certain size to thrive, some operators say they only need to focus on being relevant to their customers.

How big is big enough?

The debate over size remains a hot topic around the banking industry. Conventional wisdom usually holds that a bank needs to have at least $500 million in assets, if not more than $1 billion, to withstand the higher levels of fixed costs stemming from regulations passed in the wake of the credit crisis.

Some bankers have argued that the optimal size of a community bank is even larger. KPMG recently conducted a survey with 100 C-suite level executives at community banks and asked how big an institution needs to be to remain independent. Forty percent of responders believed their banks needed to have at least $1 billion in assets, while 33% said banks needed at least $5 billion in assets to remain independent. The respondents said banks' ability to weather heightened regulatory costs, retain talent, and offset the cost of technology becomes more efficient as an institution grows in size.

Despite that groupthink, KPMG LLP Partner Michael Ohlweiler said at the recent Pennsylvania Association of Community Bankers' Future of Community Banking Conference that there are banks with as little as $250 million in assets that will remain independent as long as they work on being relevant in their market and show the ability to differentiate.

"It's easy to say ‘Be bigger or die.’ You can be effective," Ohlweiler said at the event in early September. Data shows that smaller banks, though, have produced lower returns than their larger counterparts since the credit crisis, even as they have managed to produce stronger loan growth.

Through the second quarter, SNL data show that banks with less than $1 billion in assets—which represents more than 5,500 institutions—have grown loans by a median of 18.4% since 2008. The industry in aggregate, meanwhile, has grown loans by just 8.7% since year-end 2008.

Those smaller banks, however, still have lower returns than the rest of the industry, reporting a median return on average equity of 7.66% at June 30, 2015, compared to 9.44% for the industry in aggregate.

Returns among that group of small institutions have lagged the industry aggregate every year since 2010.

Some bankers and advisers do not believe that has to be the case. Greyson Tuck, attorney and consultant at Gerrish McCreary Smith, said a bank even as small as $50 million in assets can survive as long as it focuses on profitability and makes enough money to keep its shareholders in the game. Tuck encouraged attendees at the PACB conference to create incentives for employees based on their strategic goals. He said incentives could focus on generating earnings, improving safety and soundness or building capital ratios. He said the easiest way to incentivize is "bribe your employees."

Win for the home team

Some small banks do just that. Thomas Duryea, president and CEO at $492.3 million asset Summit State Bank, said at the ALM First Financial Forum in California last week that he incentivizes every person at his bank based on their ability to win new business.

Duryea, who sported a "lend local" button on the lapel of his suit jacket, said his bank can compete with the nation's largest institutions by offering quicker service, adding that he is a stickler about getting back to customers within 24 hours.

Duryea said his bank recently booked a $6 million credit and the borrower told them, "We decided to go with you—it wasn't because you were the lowest—it was because you returned our phone call. We put in a call with another bank and didn't hear from them for a week."

Duryea also noted that he hired a new chief credit officer earlier this year with strong business development skills and as a result is "run over with loans right now." The executive said he has even worked to identify banks that are struggling to grow loans and has sold those institutions credits, helping drive fee income and returns higher.

While small banks might be able to out-service large banks, they cannot ignore technological innovations in the marketplace, according to Jeffrey Marsico, executive vice president at the Kafafian Group. Marsico noted at the PACB event that any community bank that wants to be relevant needs a technology offering that spans across generations from their older customers to new customers like millennials. He said banks often don't recognize that customers generally interact with the institution online or through mobile apps.

Marsico encouraged banks to hire the right technology people to improve their product offerings. He said banks need an information technology head that understands the strategic direction of the company before even beginning to implement an IT plan and suggested that a person with a marketing background could sometimes serve as a better fit than someone focused solely on technology. He further noted that many banks simply ignore non-bank technology-driven disruptors such as marketplace lenders.

Marsico said those companies are picking up significant market share from banks whether institutions like to admit it or not. He suggested creating partnerships with financial technology companies rather than trying to compete with the massive budgets of big banks.

Small banks can also thrive by focusing on specific businesses. Dave Joves, senior vice-president and California Regional Manager for Bank of Guam, said at the ALM First event that his bank specializes in some lending niches that do not receive attention from some traditional institutions. For instance, Joves said his bank has developed a specialized niche lending business that targets gas station owners.

He said the bank builds those practices by starting slowly and booking one credit in a new area to learn the business. Joves said he attends industry events focused on the borrower's particular sector to learn their business and find other potential target customers. Then, he works to meet the borrowers' insurance company, legal counsel, and other advisers and asks those parties to recommend other possible borrowers.

The message seems clear among bankers and advisers advocating that community banks can succeed even if they are small. The world has undeniably changed and scale can bring benefits, but community banks can compete effectively if they take targeted and creative approaches to serving their markets.