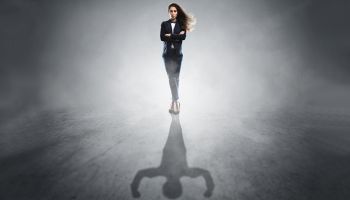 Investors who specialize in the community bank space see value in acquisitions. But they expect would-be buyers to not only have carefully crafted M&A strategies that involve minimal dilution to shareholders; they also want banks to communicate to the Street early and often about their game plans, saying big surprises on the deal front often equal big negatives.

And investors view such communication as give-and-take, meaning they want to get the latest M&A thinking from banks and they want management teams to listen to their input, which can often be constructively critical. M&A simply for growth's sake, investors emphasized, is not enough for them. They want to know, for example, that a bank has its sights set on a market ripe for growth, or that it has a particular type of target in mind that can perhaps fortify its core funding base or provide it appealing new business lines or lending teams.

Such was an important theme to emerge this week during the SNL Financial Bank M&A Symposium in Washington, D.C.

"You lose credibility with your investors" when springing upon them an acquisition, Clint Lawrence, an equity analyst at Fidelity Asset Management, told bankers at the conference.

"Sometimes, a bank making an acquisition is not a good thing." So, Lawrence wants to be in regular communication with bank executives ahead of any deal announcement, so that he can be comfortable that they are carefully weighing all their capital deployment options—including dividend increases or new share repurchase programs—and are making sure that any target is not only not going to prove too costly, but also prove a long-term contributor to earnings.

"There is value in getting bigger," Lawrence said, noting that as community banks bolster scale with deals they can derive synergies and spread costs out over larger asset bases. In doing so, they can boost return on equity and reward investors over time. But he said buyers need to be certain they are not simply trying to get bigger; they need to be getting clearly better with an acquisition.

"I like to hear as early as I can" on any acquisitive strategies, said StoneCastle Financial Corp. Chairman and CEO Joshua Siegel, also addressing bankers at the conference. He said that banks of course need to be guarded on specific target names, but they can share with investors important elements, such as geographies and asset size range for targets and lines of business that they are most interested in going after.

It is not, Siegel added, as if investors insist upon knowing every single scenario. Great opportunities can emerge suddenly and buyers sometimes need to be exceptionally nimble to capitalize on them. But such situations more often than not represent exceptions to the rule.

Cost, of course, is also top of mind for investors. Generally, investors said, they want the earnback period on any hit to tangible book value to be less than five years, and preferably shorter than 3.5 years in most cases.

Will the deal improve the picture?

Johnny Guerry, a partner and portfolio manager at Clover Partners, echoed others at the conference when he said he also wants to be sure any deal promises to enhance franchise value, including the addition of core deposits. The relatively inexpensive form of funding is bound to grow increasingly valuable when interest rates begin to rise, he and others said.

While rates have been low for years and it remains a guessing game on when that will change, Federal Reserve policymakers have signaled that a rate increase is on the table, potentially as soon as their next meeting later in October. Against that backdrop, investors want to be sure growth-minded banks have access to affordable funding.

Clover Partners' Guerry cited as a good example Seattle-based HomeStreet Inc. and its planned acquisition of Orange County Business Bank. HomeStreet had long before that deal communicated often to investors that it is acquisitive, that is interested in expanding in growth markets in the West, that it is eager to buy commercial banks that will help it diversify away from its residential mortgage-centric legacy, and that it wants to lift its core deposit base and find significant cost savings.

Guerry said the earnback period on the Orange County Business deal is projected to be less than a year. And the acquisition does indeed check off all the other boxes within HomeStreet's well-telegraphed M&A strategy, the company said after announcing the deal. Indeed, Orange County's economy is among the most robust in Southern California, making it appealing for loan growth, and the target there will give HomeStreet a solid injection of deposits and provide projected cost savings of about 60% of the target's noninterest expenses.

Steven Russell, senior research analyst at Emerald Advisors, agreed with Guerry of Clover Partners that, in any deal, minimal dilution, a short earnback period and the acquisition of core deposits are all important factors. He also punctuated the overarching theme of banks needing to communicate early and often with investors on their M&A plans, saying that he exited his position in a bank after its management failed to give him a reasonable heads-up before pursuing a deal.

He also said it is important for banks, as they form growth plans, to listen to investors. He emphasized that not all growth-oriented banks need to do deals. He said a bank that has consistently proven itself to be a strong operator in a favorable market, one that pays good dividends and has a solid credit profile may well have little motivation to take on the inherent risks of an acquisition.

"I don't think you should mess with that model," Russell said.