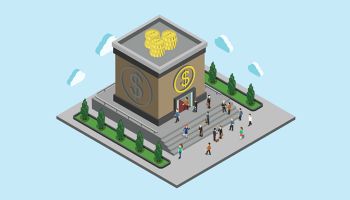 Where are all the de novo banks?

For those of you who may not be familiar with that term, de novo is the fancy French term for “new,” as in newly formed banks—new charters. I actually believe I am one of the few industry “pundits” who believes we will have a resurgence of de novo banks.

What the past tells us

It seems historically that every time we have been through a period of industry consolidation as a result of mergers and acquisitions, vacuums have been created in various cities and towns, and de novo banks have been formed.

[These de novo banks were also formed because folks who have sold their banks are playing with “house money,” but that is another issue.]

Historically, de novo banks have been plentiful (some would argue too plentiful, at least pre-Great Recession). Since the year 2000, the following was the tally of de novo banks:

I recall one de novo bank prior to the Great Recession that I worked with that needed help figuring out what to do with its life. The bank was formed with approximately $35 million of capital. It was owned by 200 or 300 “heavy hitter” shareholders, and it failed before the end of three years.

At the front end of the Great Recession, we were in the process of attempting to form a number of de novo banks that would have opened in the 2009/2010 timeframe. Unfortunately, the FDIC was not in the business of approving any de novo bank charters then.

Each time we went to FDIC to talk to them about deposit insurance, the regulator would try to shove our investor group toward a “problem” bank that it was trying to get rid of without having a failure. At that point, FDIC did not seem to really care where the capital came from so long as it solved its own problem.

Some of our clients acquired the problem banks. Some simply walked away to think about a de novo another day.

Bank of Bird-in-Hand was formed with $17 million in initial capital. Primary Bank was formed with $25 million in initial capital. This level of initial capital is much higher than the regulators required pre-Great Recession. Even with that high level of capital, the two banks will still work through a seven-year (at least as of this date) de novo period, which, in addition to the initial approved business plan, requires the bank to maintain a Tier 1 Leverage Ratio of at least 8% over the entire seven-year period. In addition, it must prepare pro forma financial statements and business plans before expiration of the initial three-year period.

On top of an already burdensome regulatory environment, it is not too difficult to see why de novo banks have become scarce.

What’s the outlook for de novos?

In recent weeks, I have had a number of calls from potential clients who have interest in acquiring small banks. None of these parties seem to be interested, at least at this stage, in establishing a de novo bank because none of them want a lengthy regulatory approval process followed by a seven-year runway.

However, as I indicated at the beginning of this blog, I believe there will be more de novo banks in the future—probably as many as 30 or 40 a year as industry consolidation begins to taper off.

This, of course, depends on a number of factors, interest rates being one of the most significant.

There was actually a presentation at a Federal Reserve seminar sometime last year in which one of the presenters made the case that the lack of de novo banks was more closely tied to interest rates rather than regulatory pressures. It was quite interesting!

In the meantime, be aware that there are still a large number of private investors who want to get into the community banking business. It is only a matter of time before that interest results in new charter applications. We will see what the future holds!

For some related thoughts, see Ed O’Leary’s blog, “Too many banks? Really?”

More in this category: « Time for a bank stock loan? Why cancelled M&A can be good »
back to top