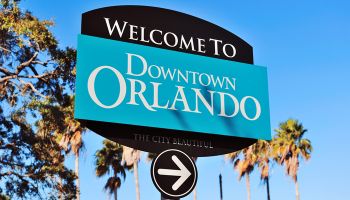 While organic growth will remain its focus, Seacoast Banking Corp. of Florida says it will continue to keep its eyes open for attractive M&A deals.

The Stuart, Fla.-based bank said it found one of those recently. Seacoast Banking, the parent of Seacoast National Bank, on Oct. 15 announced that it agreed to acquire the banking operations of Bank of Montreal unit BMO Harris Bank NA in Orlando, Fla., including 14 branches.

Seacoast Chairman, President and CEO Dennis Hudson III told SNL that Florida overall is a growth market as its economy is on the rebound, and Orlando and the southern part of the state are leading that charge. He cited improving unemployment figures, positive job growth and continued inbound migration as proof of Orlando's resurgence.

Seacoast has been in the Orlando market with a small presence since 2005 and has primarily had a commercial focus, Hudson said. The company made a "significant commitment" to the market recently as its employee base in Orlando grew from about 15 to more than 100 in the past 18 months.

Part of that growth came last year when the company acquired Winter Park, Fla.-based BANKshares Inc. to accelerate its operations in the Orlando MSA. "It's one of the most attractive metro markets in the state," he said. "It's a strong, growing vibrant economy."

The addition of the BMO branches will move Seacoast into the top 10 in terms of deposits in the MSA and will make it the largest community bank in the market, Hudson said.

Rafferty Capital Markets analyst Satyam Arora told SNL that Orange County is one of the fastest-growing regions in Florida. He said it has a low unemployment rate of 5.1% and recently registered a double-digit increase in housing prices on a year-over-year basis. Orlando also surpassed 62 million visitors in 2014 making it the first U.S. city to host more than 60 million visitors in a year, he added. "As a result, real estate, small businesses and the local economy continues to strengthen," he said.

Diner, not the dinner

Seacoast also completed another whole-bank deal earlier this year when it bought West Palm Beach, Fla.-based Grand Bankshares Inc. Arora said that as a result of buying some of the "small, healthy fish in Florida's booming ocean," Seacoast makes it onto the top 10 list of Orlando banks and top five Florida banks based on deposits.

In addition to the recent M&A transactions, organic growth remains encouraging for Seacoast, Arora said. Loan volumes are up, and commercial originations and residential production pipelines are strong. Additionally, the bank will witness accretion in 2016, and so Arora said he continues to recommend the stock with the price target of $17 per share.

Asked if he envisions bulking up further in Orlando, Seacoast's Hudson said the BMO deal puts the bank in a strong position from a market-presence standpoint. "And we'll have to kind of see what happens after that," he said.

Hudson noted that the company's objective has been to find a balance between organic growth and growth through M&A. The bank is also undertaking a "pretty significant" shift in its business model as it has invested heavily during the past few years in a model that provides greater customer convenience through technology.

Hudson mentioned the I-4 corridor and south Florida as areas that have recovered and experienced strong growth and consequently would be markets Seacoast wants to focus on for its growth. But it is all about opportunities, according to the executive. "Are there franchises available at prices that make sense?" he said. "We're not looking at anything and everything but just things that fit really well with our model."

In terms of targets, Hudson said Seacoast is first looking for the right customer base, especially groups of customers with deep relationships with their bank. "It's not a matter of looking at the bank's size or some of the financial metrics as much as it is focusing on the customers that we're acquiring and making a judgment on how effective and successful we can be integrating them in the business model," he said.

As for a possible move into Miami, Hudson said the bank is more focused north of that market. He said that does not mean the bank would not consider expanding into the area but that it is focused on other areas.

Hudson also noted that the bank is more focused on whole-bank deals rather than branch deals because they typically bring greater value, although the BMO deal brought a strong deposit mix. He said there are not many high-value branch deals available in the market today.

Arora of Rafferty Capital Markets said he expects to see Seacoast announce a few more deals in the next two to three years with the idea of buying banks in counties including Orange and Palm Beach as well as other parts of southeast Florida. The deal sizes could run as high as a few hundred million dollars, the analyst said. Arora expects to see jumps in the bank's EPS in 2016 through 2018.

This article originally appeared on SNL Financial’s website under the title, "Seacoast bullish on Orlando, continues to add scale in the market"