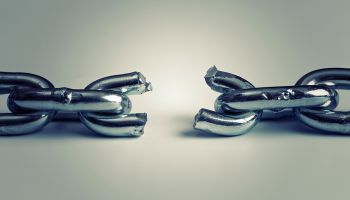 Have you been thinking about a merger or acquisition, from either side of the table?

Our firm is fortunate to be “in the trenches” in connection with community bank merger and acquisition activities. We have represented numerous buyers and sellers over the last several years. As I have often indicated in this space, the transactions are not getting any easier to consummate. This is due to regulatory issues, emotional issues, social issues, and others.

And you will note that, amazingly, financial issues are usually not at the top of the list for difficulties.

In the last few months, we have been on both sides (i.e. representing the buyer and/or the seller) of transactions that have been announced but not consummated.

In other words, cancelled.

When the show closes on the road…

If a deal is announced and does not close, is that necessarily a bad thing?  I don’t necessarily think so.  Let’s consider it from both sides of the negotiations.

For the buyer who does not close a deal because they discover late in the transaction that it simply does not work for them, cancellation is actually a blessing. Often, the deal you do not get done may be your best strategic move during that period of time.

For the seller, it is a little more difficult. The natural assumption when a deal does not close is that there is a problem with the seller.

I would caution you against drawing such conclusions. Yes, doing so is natural. But such is not a very good assumption—not in this day and time.

Now, let’s consider why deals do not get closed, and what to do if you have to terminate a transaction.

All kinds of reasons can bring deals to a screeching halt. However, usually the causes fall into one of three categories: regulatory, social, and emotional.

Regulatory issues primarily involve the fact that even though at the time the deal was signed and announced both parties to the transaction were in good shape, an intervening examination of one or the other may change the dynamic totally.

If your bank is the acquiror and the regulators come in and find out that your bank has issues, then that may cause the deal to terminate. If your bank is the seller and the regulators come in and identify issues (compliance, safety and soundness, credit, or whatever it might be), that gives the buyer another look and possibly a right to terminate the transaction on the basis of material adverse change.

Social issues are ones that should always be resolved on the very frontend of a transaction before it is signed up, but that is not always the case.

The issues may surface later in the transaction.

• If you have determined who is going to be on the resulting board of directors of the bank and one or two of those people cannot serve, does that disrupt the deal?  It may very well.

• If you announce a transaction and get significant community backlash because of the consolidation of the charters, could that disrupt the deal?  It may very well.

Those are social issues that the parties thought they had resolved but in reality, after-the-fact intervening circumstances caused those social issues to become prominent after all.

Emotional issues—I mention these last but they are not least.

Often, we see buyer’s remorse for a transaction, or you have a seller’s emotional attachment. Both of those can surface long after a deal is signed up and announced.

I have had several bankers who were buyers tell me that they were excited about a transaction when it first started, but they got less excited the more they found out about the target.

I have also had some sellers indicate that as they got into it and got to know the buyer even better, they were less than enthused about selling because of the emotional attachment to the bank, the employees, and the like.

Let’s assume that the transaction does terminate for any one or more of the reasons noted above. What do you do then?

The best thing to do is have the parties get their heads together and put some kind of positive spin on what happened. The normal positive spin is that it is great that both banks are going to continue to remain independent and continue to serve their communities.

Remember: “No deal” is better than a bad deal for either side.

The termination of a transaction once the parties become more familiar with each other, while not the preferred course of action, it is a preferred course to doing a deal that no longer makes sense.

More in this category: « Will there ever be new banks again? If you get a shareholder letter ... »
back to top